Balkan leaders: ‘We are fed up with seminars’ 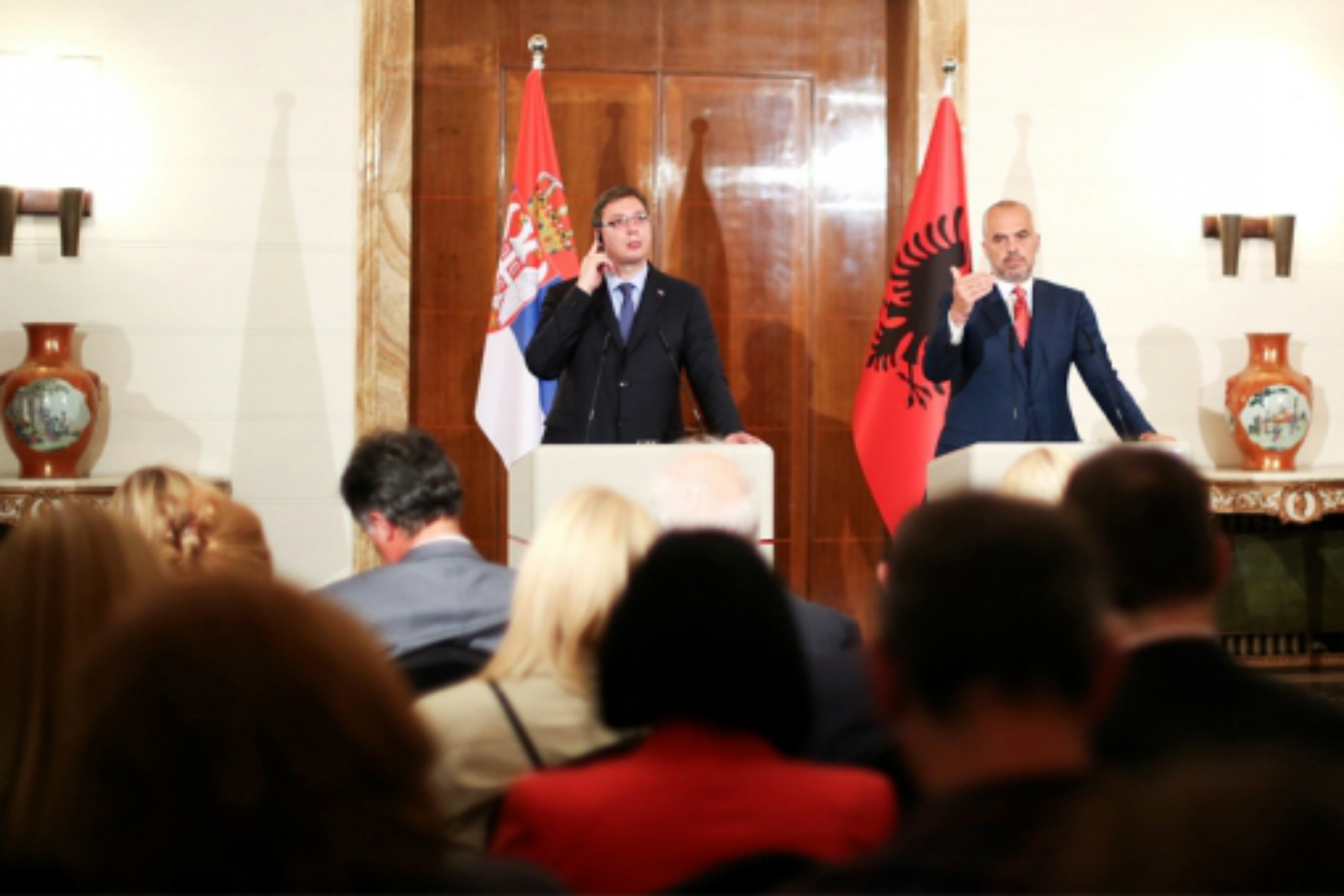 Aleksandar Vu?i? and his host, Edi Rama. [Government of Albania]

Meeting in Tirana, the leaders of six Western Balkan countries told the European Union yesterday (28 May) that they were becoming impatient with their long wait to join the bloc, and needed EU funds to keep up reforms.

The prime ministers of Serbia, Montenegro, Macedonia, Bosnia, Kosovo and Albania, all hoping to join the Union, said their cooperation should be rewarded with projects like new road and rail links. They were meeting in Albania ahead of a fundraising conference in Vienna in August.

“We are fed up with seminars. We need some money from the EU funds, and then you will see the smiles on our faces,” said Serbian Prime Minister Aleksandar Vu?i?.

He told EU leaders that the Balkans are still fragile, in a reference to violence in Macedonia in May.

Slovenia and Croatia are the only countries in the region to have joined the EU. The others have lagged behind because of conflicts with neighbours after the breakup of Yugoslavia and a failure to achieve the reforms needed to join.

Vu?i? shook hands with his Kosovo counterpart, Isa Mustafa, in a gesture that would have been unthinkable only a few years ago.

Vu?i?, who arrived on Wednesday in a historic visit to Albania, said he and Rama agreed to jointly ask the European Commission President Jean-Claude Juncker to finance the construction of a highway that would link Albania’s port of Shengjin with the capital Pristina, then the southern Serbian city of Nis and the capital Belgrade.

Kosovo was a Serbian province but became independent in 2008, almost a decade after NATO went to war to halt a wave of ethnic cleansing there by Serbian troops. So far, Serbia has refused to recognise its sovereignty.

Now Serbia and Kosovo are discussing ways to improve the lives of their citizens. Mustafa said Kosovo wants a road connecting it to Serbia.

“We do not want to allow patience fatigue (over EU entry) to become the enemy. We have to … see some concrete results,” Rama said.

Of the six Balkan countries, only Montenegro is actively negotiating EU accession. Serbia, Macedonia and Albania are official candidates. The EU has signalled that it is unlikely to accept any new members until the end of the decade.

“If you want to have regional cooperation you need connectivity, streets, railways. It is important that this is understood by Brussels,” he said.

0 responses to “Balkan leaders: ‘We are fed up with seminars’”