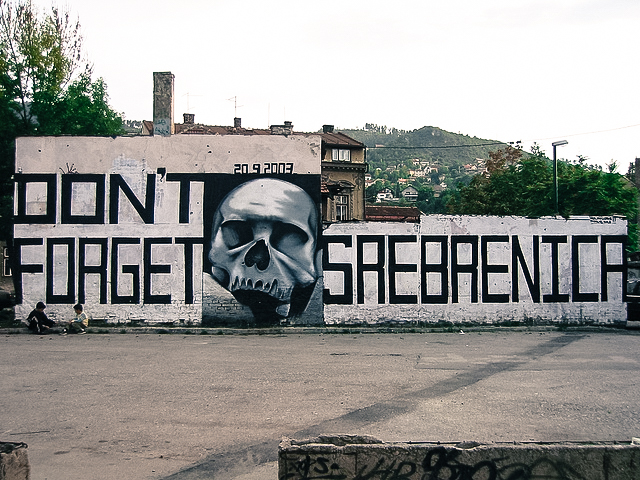 Serba was relieved by the UN Security Council’s dismissal of a resolution on genocide in Srebrenica on Wednesday (8) July. EURACTIV Serbia reports.

Orignally proposed by the United Kingdom, its passage was halted by a Russian veto.

Serbian President Tomislav Nikoli? reacted to the scrapping of the British resolution by saying that it was “a great day for Serbia,” and that Russia had shown it was “a true and honest friend of Serbia’s.”

“Today the Serbs were to be punished for not agreeing to blackmail and ultimatums. For resisting the pressure to impose sanctions on Russia and for respecting the truth and justice without compromise,” Serbian President Nikoli? said after the July 8 Security Council session.

Serbia invested a great diplomatic effort in opposing the British resolution, even though there is no mention of Serbia in the document.

Government officials believe that the adoption of this document would have been very dangerous for Serbia, because it would inevitably be connected to the Srebrenica genocide, which would affect all future political decisions regarding the region, especially Bosnia-Herzegovina.

Critics of Serbian policy, however, say that Serbia acted in haste and wrongly imagined itself to be in the British draft. The resolution on Srebrenica was perceived in Belgrade as strong pressure and foul play.

“Britain did not play a positive role in this,” said Serbian Minister of Foreign Affairs Ivica Da?i?, while Prime Minister Vu?i? sarcastically said, “Thank you, English and the others for the friendship you have shown us.”

Regardless of the heavy rhetoric, major foreign policy moves were not made by the cabinet headed by Vu?i?, but rather by Serbian President Tomislav Nikoli?, who on 2 July asked Russia to veto the draft resolution in the Security Council.

The information on his call for a veto appeared in numerous Serbian media, but as unofficial information from the office of President Nikoli?, and was confirmed six days later.

Regarding the draft resolution, Nikoli? sent a letter to the presidents of all Security Council member states and urged them not to support the proposal. He also sent a letter to Queen Elizabeth II as the head of state, requesting that she use her influence on the Cameron government to withdraw the resolution.

For the time being, the government is reluctant to make a more detailed comment on this faction by the Serbian leader, even though the government, not Nikoli?, is constitutionally authorized to lead the country’s foreign policy.

The Serbian press is also highlighting the Russian “Nyet” in a positive context.

Analysts, however, are cautious and warn that with this development Serbia has gone fairly deep “in debt” to Russia, and that Moscow will want that debt repaid.

Renowned law professor Tibor Varadi, who represented Serbia before the International Court of Justice, said earlier that Serbia was giving “too much attention” to the British resolution and that tensions were being created over the matter, which would increase even further by the request for a veto.

Nonetheless, Prime Minister Vu?i? claims that Serbia will pay “no price” to Russia, adding that Russia hasn’t asked for, and Serbia hasn’t offered it.

“We haven’t offered anything but principles, but the observing of international law, defense from the humiliation of our people and our country. I must admit that the Russian partners haven’t asked anything of us. Russia has acted in line with the principles it respects,” said Vu?i?.

The context of relations with Russia on one side and the EU and the US on the other may also be used to interpret the Serbian government’s decision that Prime Minister Vu?i? will attend the 11 July commemoration in Srebrenica, which had for a while been uncertain due to the draft resolution on Srebrenica.

That decision could be interpreted as an act meant to mitigate the dissatisfaction of the EU and the US with the fact that Serbia had again requested Russia’s support.

On 8 July, the UN Security Council did not adopt a resolution on the occasion of the 20th anniversary of the killings in Srebrenica, because Russia is a permanent member, with the right to veto it. In favor of adopting the resolution proposed by the UK and several other countries were 10 Security Council members, whereas four refrained from voting, including China.

The draft resolution states that acceptance of the tragic events in Srebrenica as genocide is a prerequisite for reconciliation, and calls on the political leaders on all sides to recognize and accept the facts regarding the crimes from the past. The denial of the genocide in Srebrenica is also conemned as an obstacle to reconciliation and a burden to the victims.

The International Court of Justice in 2007, in Bosnia’s claim against Serbia, ruled that genocide had indeed been committed in Srebrenica. The court did not find that Belgrade was responsible for the genocide itself, but rather for ommissions in its prevention and in punishing the perpetrators.

The Hague tribunal in the proceedings against Republika Srpska Army general Radislav Krsti? for the first time ruled that genocide was committed in Srebrenica in 1995, through the execution of more than 7,000 men and boys, Bosnian Muslims, after the Bosnian Serb forces took control of the city in July.