Bosnia could miss out on millions in EU energy project funding 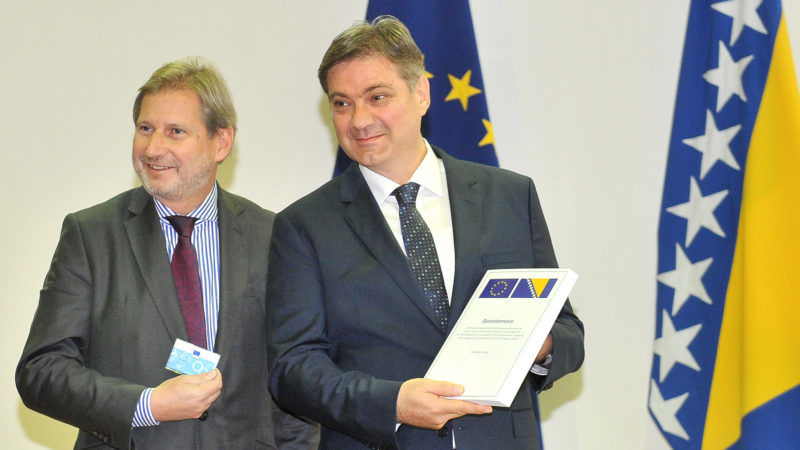 Bosnia and Herzegovina (BiH) risks losing tens of millions of euros for energy projects from the European Union unless it passes a gas law this month to comply with the bloc’s energy regulations, the Balkan country’s economy minister warned yesterday (15 March).

The Energy Community, an international body established by the EU and eight aspiring member states to extend the bloc’s energy policy to would-be members, set the end-March deadline for BiH to pass the long-delayed law, which was drafted by its ministry of foreign trade and economic relations.

BiH, which is divided in two autonomous regions – the Serb Republic and the Bosniak-Croat Federation which are linked via a weak central government – does not have an energy ministry at the state level but only at the level of its two regions.

Mirko Šarović, foreign trade and economic relations minister, said the regions, which should approve the bill and then harmonise their own gas laws with it, had failed to give their opinion on the legislation so far.

“The alarm is set and the country risks losing tens of millions of euros in EU funds for energy sector projects,” Šarović told reporters.

Since the 1992-95 Bosnian war, policymaking has been held hostage to a complex system of power-sharing, based on ethnic quotas, slowing the adoption of a plethora of laws and regulations needed for the country to catch up with the European mainstream.

The Bosnian Serbs insist on keeping their broad autonomy and strongly oppose any future transfer of power to the state.

“The Bosnian people are held hostage by the energy elite and end up paying the highest price for gas in the whole of Europe,” the Energy Community said in its latest report.

The Balkan country relies on Russian supplies via Ukraine, Hungary and Serbia to get some 350 million cubic metres of gas that it needs annually and is looking at ways to diversify gas networks to reduce dependence on Russia.