File photo. Kosovo Serbs hold banners and wave Serbian national flags as they gather for a protest rally in the village of Rudare, near the ethnically divided town of Mitrovica, Kosovo, 23 November 2018. A banner reads "EU, open your eyes". [Stringer/EPA/EFE]

The divided Balkan country was suffering from dysfunctional institutions at all levels, and needed to stop political interference in judicial reforms, read the report by independent legal officials published in Brussels.

“Some key actors show no determination to address or overcome dysfunctionalities through coordination and cooperation,” it said.

“Rather, they seem to do everything to obstruct any change that they consider not to be in their own interest.”

There was no immediate comment from the caretaker government, which has been caught up in months of political deadlock since elections last year.

Bosnia, along with five other Balkan nations – Albania, Kosovo, Montenegro, Serbia and North Macedonia – is trying to join the 28-nation political and trading group following the ethnic wars of the 1990s that led to the disintegration of Yugoslavia.

But the European Commission has said weaknesses in Bosnia’s rule of law remains a “fundamental problem”.

Its complex political structure compounded its problem and led to “institutional overkill”, according to the experts report.

Bosnia includes two autonomous regions – the Bosniak-Croat Federation and the Serb Republic linked via a weak central government – as well as the neutral Brcko district and 10 cantons with a total of 14 different legal jurisdictions. 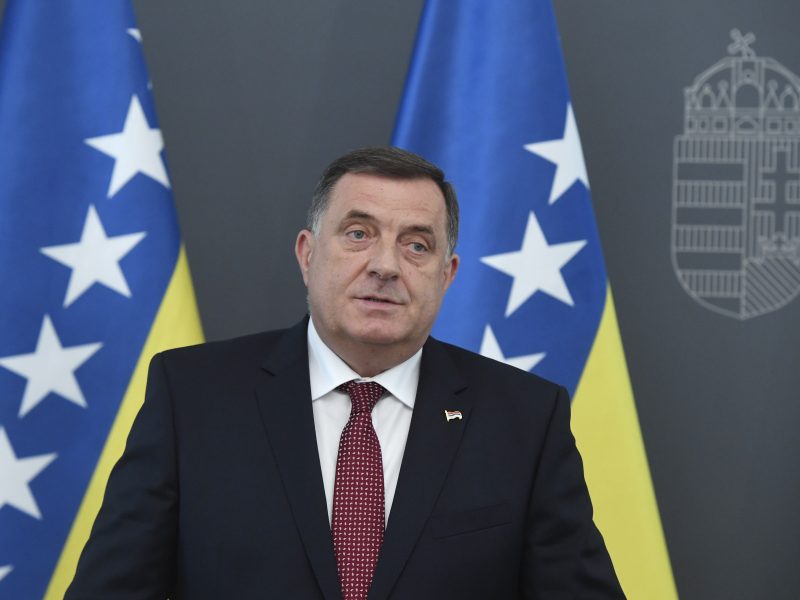 Bosnia’s rival Serb, Croat and Bosniak leaders agreed on Monday (5 August) to form a central government 10 months after a general election, reaching a compromise about Bosnia’s integration into NATO which had been a key stumbling block.

The report picked out the High Judicial and Prosecutorial Council (HJPC) – a judicial body meant to shield the judiciary from political influence – saying it had become part of the problem it was supposed to solve.

“The HJPC is often perceived by citizens and even by members of the judicial community as a centre of unaccountable power in the hands of persons serving the interests of a network of political patronage and influence,” the report said.

HJPC President Milan Tegeltija told the Bosnian web portal Klix.ba he agreed with parts of the report and disagreed with others, but would not comment further until he had read the whole paper.

The report also said the Ombudsman’s office was “deeply politicised” and lacked independence.

The criminal justice system was failing to tackle corruption and other serious offences, while the civil system was overly complex and took too long to resolve cases, it added.