Bosnia’s Serb entity on Monday (24 June) withdrew a bill to set up a reserve police force under pressure from Western peace envoys who said it would be divisive, with memories still fresh of reservists’ role in ethnic cleansing during the 1992-95 war.

The legislation was pulled by the Serb Republic’s Interior Ministry a day before it was due for passage by its nationalist-dominated parliament as Western diplomats warned it would raise tensions with Muslim Bosniaks and Bosnian Croats. 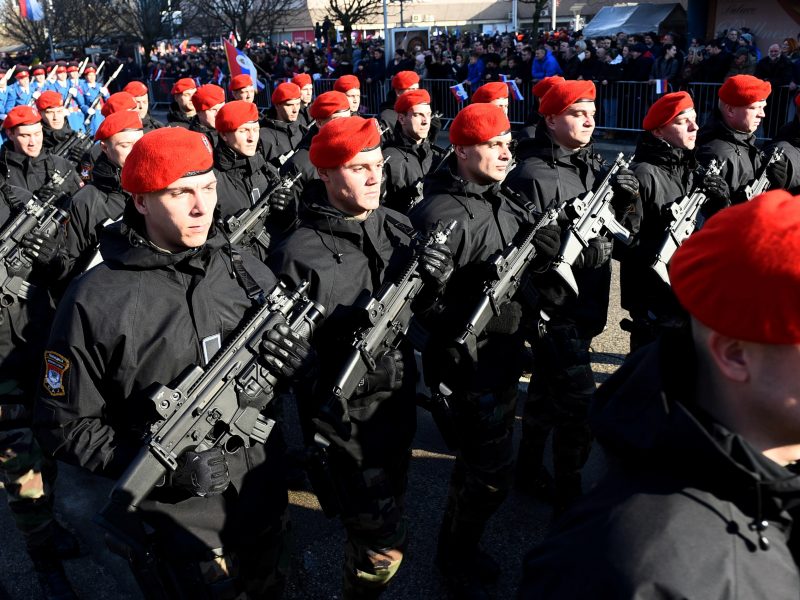 Lawmakers had in April approved a draft of the law for a reserve police force, a move that Bosniaks and Croats living in the Federation, the other post-war entity in Bosnia, quickly denounced as threatening.

The country’s other region, the Federation dominated by Bosniaks and Croats, has protested against the move and announced it would form in turn its own auxiliary police forces.

But on Monday, the Serb Republic Interior Ministry said it had withdrawn the law because a longer period of time and a greater degree of funding would be needed for the force to become operational as planned.

Instead, the ministry will form a gendarmerie that will include young police recruits to help handle security challenges such as migrants, it said in a statement.

Last week, a meeting of the Western-led body that continues to oversee the implementation of Bosnia’s 1995 peace accord said that the Bosnian Serb police reserve law would create a “negative spiral of distrust”.

US envoys also told Bosnia’s police chiefs that millions of dollars Washington has provided for police training and security assistance would be at risk if Serb authorities set up a police reserve without professional qualifications.

As a result of Monday’s decision by the Bosnian Serb Interior Ministry, its Federation counterpart dropped its plans for auxiliary police forces.

Bosniaks and to a lesser degree Croats have gruesome memories of Serb reserve police forces who were widely blamed for massacres and expulsions of non-Serb civilians early in the 1990s war.

More than 100,000 people were killed in the conflict; Bosnian Serb leaders were convicted of genocide in UN war crimes trials and are serving long sentences.