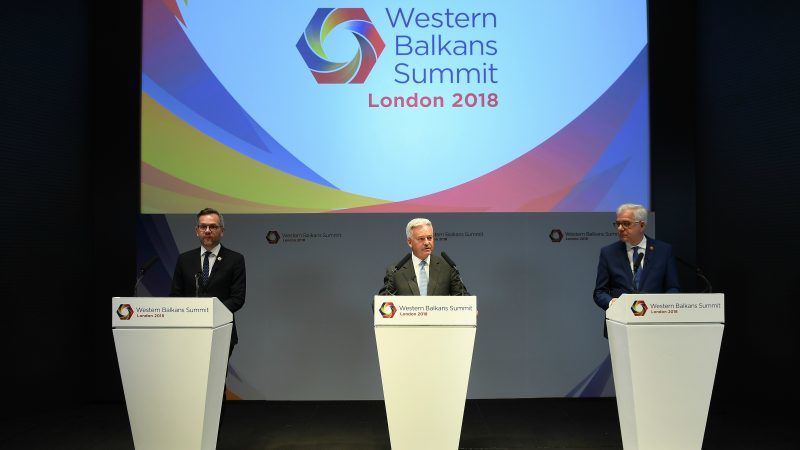 Britain is to almost double the funding it provides to countries in the Western Balkans to 80 million pounds (€90 million) and ramp up its number of security staff in the region to try and tackle organised crime gangs.

With Britain set to leave the European Union next year, the UK government said the moves, which also include improving the Western Balkans countries’ cyber capability and extending the presence of the pan-Balkans Strategic Reserve Force, showed it remain committed to the region’s stability.

Chaos in #UK government the day before #WBSummitLondon. Very promising and reassuring. Hindsight is 20/20 but why was that summit again given to London? #WesternBalkans

The Western Balkans consists of Albania, Bosnia, Kosovo, Macedonia, Montenegro and Serbia, all of which want to join the EU.

Two startups from our incubator (@formon3D & jCoders academy) will attend the Western Balkans Summit hosted by @theresa_may @foreignoffice (part of the Berlin Process Series), in London ?? from July 09-10. Prosperity in the region is the key. pic.twitter.com/LTJBxdy2sO

By doubling the number of UK staff working in the Western Balkans on security issues affecting the UK, it hopes to reduce drug-fuelled crime in Britain and strengthen the region’s own response to serious and organised crime and violent extremism.

Organised Crime Groups from Western Balkans countries like Albania have a significant nationwide presence in the UK. One crime network was recently estimated to have imported an average of more than 8,000 kg of cocaine a year into the UK, with an estimated street value of 800 million pounds.

Other measures outlined include launching the Balkans Organised Crime Observatory jointly with the Austrian and Norwegian governments.

There will also be 1 million pounds spent on training and advising on cyber security across the region, including direct support to “Computer Emergency Response Teams” in Serbia and Montenegro and information sharing among senior cyber officials.

A joint declaration was made on the principles of information-exchange that will help law enforcement agencies in the region share information more easily in the fight against serious and organised crime and terrorism.

Countries will also commit to concrete actions to tackle corruption, while the pan-Balkans Strategic Reserve Force (SRF) will be extended until the end of next year. The SRF is held at readiness in the UK to move into the Western Balkans if the security situation deteriorates.

An additional 1 million pounds was earmarked to help the region address difficult legacy issues, including supporting the organisations working to find and identify the 12,000 victims still missing from the conflicts of the 1990s.