Kosovar banner in support of former Prime Minister Ramush Haradinaj, who was arrested in France on Wednesday. Many of Kosovo's citizens see former guerrilla fighters like Haradinaj as freedom fighters and their prosecution is strongly opposed. [Quinn Dombrowski/ Flickr]

Fraught diplomatic ties between Serbia and Kosovo came under further strain yesterday (5 January) in a row over international arrest warrants issued by Belgrade for former Kosovar guerrillas, including an ex-prime minister detained in France.

Ramush Haradinaj, a guerrilla commander during the 1998-99 war against Serbian rule who served briefly as prime minister in 2004 and 2005, was arrested on Wednesday (4 January) and remanded in prison by a French court on Thursday.

Kosovo asked the European Union on Thursday to press Serbia to drop the warrants against him and others, and angry government and opposition leaders in Pristina called for a halt to EU-mediated normalisation talks between Belgrade and its former, mainly ethnic Albanian province.

The talks are a precondition for both countries to make progress towards membership of the bloc.

As Serbia – which still formally considers Kosovo part of its territory – confirmed it would seek Haradinaj’s extradition, Kosovo cancelled a visit by Serbian President Tomislav Nikolić to a mainly ethnic Serb town in Kosovo scheduled for today (6 December), the eve of Christian Orthodox Christmas Day.

A Serbian government official, who asked not to be named, said Nikolić’s forward team was “harassed” at the border crossing and could not perform necessary security checks.

“The visit will not proceed as planned, this is likely related to the Haradinaj arrest,” the official said.

Serbia has charged him with the murders of Serbs in the late 1990s war, while the majority of Kosovo’s 1.8 million population are opposed to any trials of ex-guerrillas they see as freedom fighters. 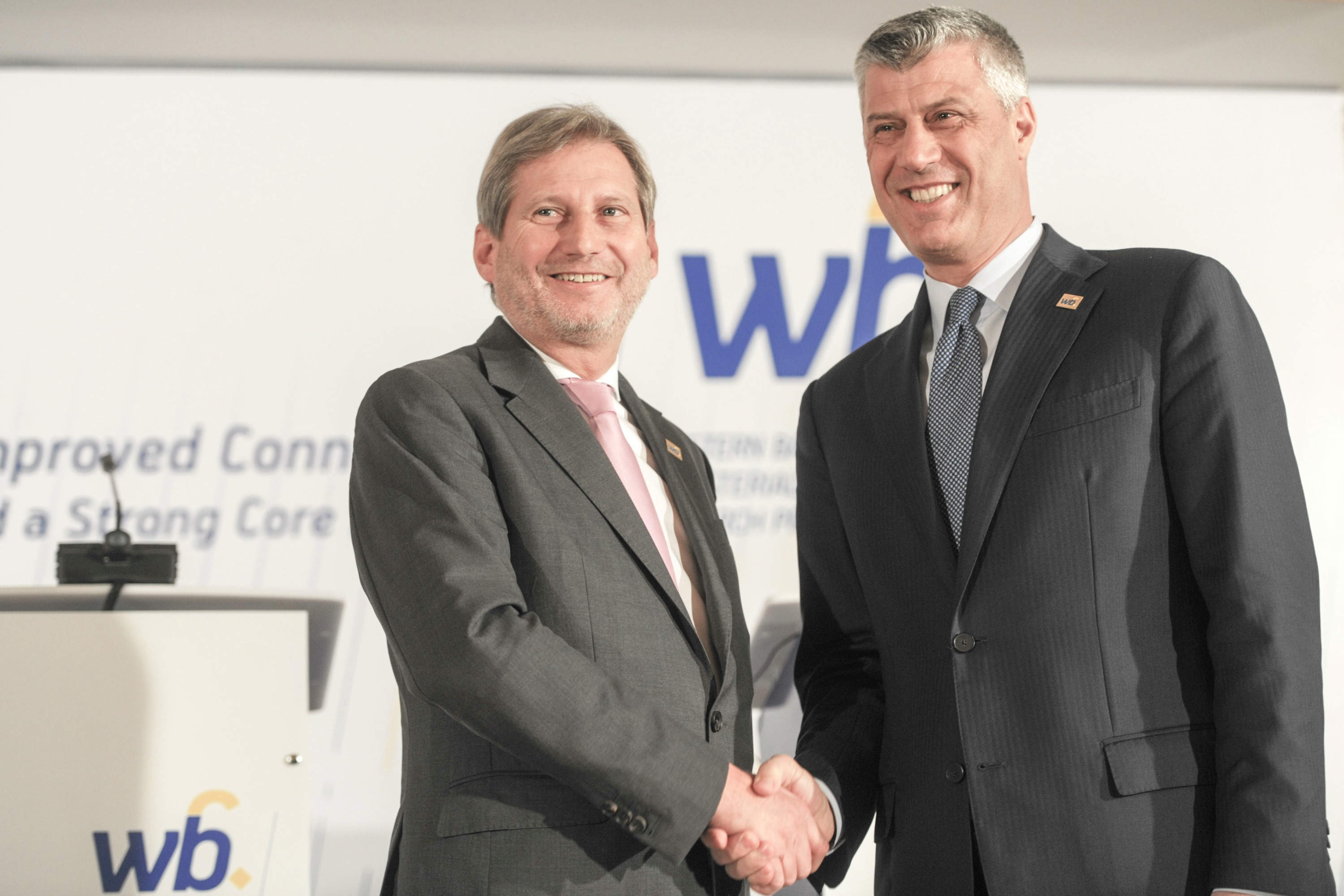 Serbia warned yesterday (16 April) it would arrest the foreign minister of its former province of Kosovo Hashim Thaçi for alleged terrorism if he turns up in Belgrade next week to attend a conference, which ironically is dedicated to the reconciliation following the Yugoslav wars.

A security source in Pristina told Reuters that, in all, there were currently around 20 Kosovo citizens subject to Interpol Red Notice arrest warrants – mainly ex-members of the Kosovo Liberation Army (KLA) that fought Serbian security forces.

Kosovo’s minister in charge of the EU-brokered dialogue with Serbia, Edita Tahiri, said she had written to Brussels asking it to use its leverage to make Serbia withdraw the arrest warrants.

“With these primitive acts, Serbia is not only hurting the spirit of the dialogue to have good neighbourly relations, but is proving that it is a destabilising factor in the whole region, and international partners should be seriously worried,” Tahiri told local media.

Serbia hopes to complete accession talks with the EU by 2020. Kosovo, which declared independence in 2008, has signed a trade and association pact with the EU but remains far from membership due to serious corruption and organised crime.

Kosovo’s foreign affairs minister has reaffirmed his country’s ambitions to join both NATO and the European Union, in an interview with EURACTIV Spain.

Haradinaj appeared late on Thursday at the appeals court in Colmar, in east France, which ruled he would remain in prison until Serbia made a formal request for his extradition. That would then be studied by the relevant institution, the court said.

Serbian Prime Minister Aleksandar Vučić said on Thursday that if France did not extradite Haradinaj, West European states should stop “patronising” Serbia about judicial reforms it had undertaken to help qualify for EU accession.

After his stints as premier, Haradinaj was tried and acquitted twice of war crimes at a UN tribunal in The Hague. At the time, Kosovo was a ward of the United Nations.

Serbians reacted angrily at the acquittal of a former Kosovo guerrilla leader by the International Criminal Tribunal for the Former Yugoslavia (ICTY), less than two weeks after the court freed two Croatian military commanders who were accused of war crimes. EURACTIV Serbia reports.

The war ended after NATO bombed Serbia for 11 weeks to compel it to withdraw forces that had killed some 10,000 Albanian civilians in counter-insurgency operations.

Around 130,000 people were killed in a decade of conflict following the break-up of the old federal Yugoslavia, and its successor states were loath to prosecute their own ethnic kin.

Western governments that believed prosecutions of all sides were needed to bring reconciliation and stability to the region and move it closer to the EU set up two international criminal courts – one for former Yugoslav republics (ICTY) such as Bosnia, and one for Kosovo, both based in The Hague.

Set up in 1993, the ICTY is due to complete its work this year, having prosecuted and jailed mainly Bosnian Serbs. The Kosovo court came into being only at the beginning of this year and indictments must wait until judges, none of whom has yet taken office, have drawn up rules of procedure.