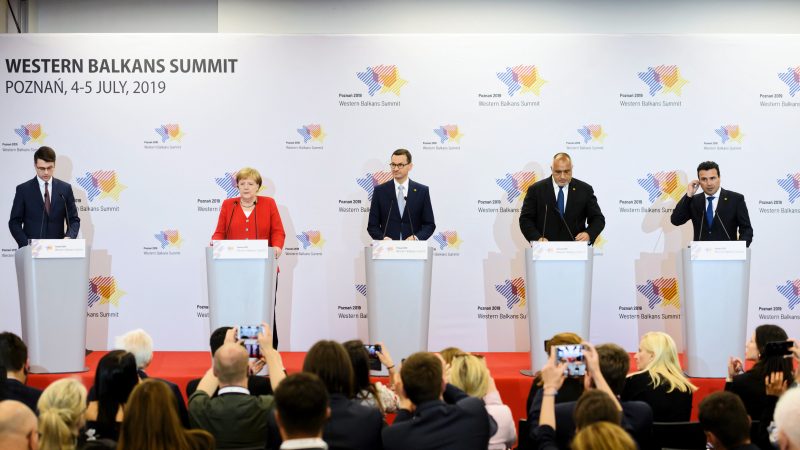 The summit gathered EU leaders and their colleagues from the Western Balkans on 3-5 July. EU leaders confirmed their commitment to strengthening cooperation with the region in key areas such as digital, transport and energy, economy, security and good neighbourly relations.

They also expressed support to North Macedonia and Albania for opening accession talks.

The Berlin Process is an initiative aimed at stepping up regional cooperation in the Western Balkans and aiding the integration of these countries into the European Union. It was launched in 2014 by the German Chancellor Angela Merkel.

According to Dušan Reljić from the German Institute for International and Security Affairs, it is hard to assess whether the Berlin process has been successful since it was launched in 2014.

“On the diplomatic level, it was successful. The leaders of the EU and leaders of the Balkan countries spent a lot of time together and kept up diplomatic communication. On the second level – meaning economy, development and connectivity – I am sceptical. I do not see that the Berlin process has achieved very much,” he told EURACTIV.

The future chairmanship of the Berlin Process will be held for the first time as a joint presidency of two countries – Bulgaria and North Macedonia. Bulgaria made the EU integration of the Western Balkans the highlight of its EU presidency in the first half of 2018, though with few concrete results. 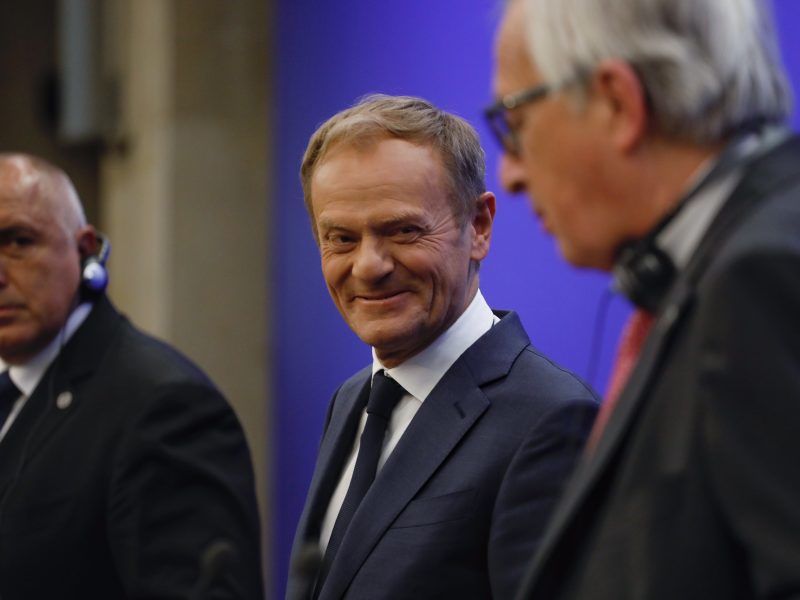 Enlargement Commissioner Johannes Hahn commended North Macedonia’ reforms in the fields of rule of law, fundamental rights and good governance. He reiterated that he stands by the Commission’s recommendation to open accession negotiations with Albania and North Macedonia and that he counts on the EU Council in October to deliver on this positive assessment.

Last month there was no unanimity to give the green light for the two. The camp of the opponents is led by France and the Netherlands.

The connectivity agenda was the focus of the Poznan summit and several transport projects were discussed, such as the construction of railway lines, motorways, gas interconnectors and electricity transmission.

#WBSummitPoznan: a substantial step forwards in #connectivity. Common agreement that #WesternBalkans is an integral part of Europe and it is in the #EU’s interest to continue with determination the process of #EU integration of the region. #BerlinProcess pic.twitter.com/W68dWYKF30

Another important focus was on environmentally-friendly economic projects, with Hahn emphasising the link between digital and green economies. “By investing in digital, we are providing the region with the means to participate in the digital revolution,” said Hahn.

Bilateral disputes remain one of the biggest obstacles for the Western Balkans countries to become EU members. Such disputes also reflect on trade. Hahn said several planned agreements meant to liberalise trade had failed. In particular, he mentioned the trade barriers imposed by Kosovo on goods coming from Serbia and Bosnia-Herzegovina.

Majlinda Bregu, secretary-general of the Sarajevo-based Regional Cooperation Council, which promotes regional cooperation, said the Western Balkans did not fully embrace the regional Economic Area since its endorsement two years ago.

“As a result, vast potentials of regional economic integration remain untapped. There are many bilateral disputes in our region that need to be resolved,” she said.

Concerns were also expressed about corruption and bribery, especially in Albania, which is according to Transparency International, perceived as the most corrupt state in the Balkans.

On a more positive note, leaders welcomed the entry into force of the regional roaming agreement on 1 July, which has slashed the roaming charges.

.@DanielssonEU: All six countries of the #WesternBalkans have a #EU perspective, but to achieve this perspective, we need stronger strategic commitment and more tangible reform results across the region @eu_near #WB6inPoznań https://t.co/uTaBBTKxU2

German Chancellor Angela Merkel expressed optimism at the summit, especially with regard to North Macedonia. This promped French President Emmanuel Macron to insist that the EU needs first to complete its own reform before taking in new members.

Reljić described the paradox the Western Balkan countries are facing. “If the EU is hesitant and sceptical, the Western Balkans feel that they are not wanted. As a result, the distance grows instead of becoming smaller,” he told EURACTIV.

Happy to be in #Poznań for the #WBSummitPoznan. The Berlin Process has been the important catalyst for the promotion of #cooperation and #connectivity in the #WesternBalkans. – @PolandMFA