Chizhov had invited selected journalists to discuss a wide range of topics, ranging from the Syrian Civil War the Ukraine crisis, Russia-US relations, and EU-Russia relations.

EURACTIV.com asked him to explain the Russian position on Macedonia, where nationalists continue their protests against a plan for a coalition government that includes ethnic Albanian parties, and where on 27 April violence erupted after an estimated 100 nationalist protesters supporting the VMRO-DPMNE party of Nikola Gruevski entered parliament.

“And when they came back to Skopje, they managed to persuade, with the help of others, Mr Zaev [Zoran Zaev, leader of SDSM, the rival force of VMRO-DPMNE] to sign up to that platform. If you read that platform, you will understand why the tension has only increased”, he said.

The Russian diplomat said the “Albanian Platform” went much further that the Western-brokered Ohrid Agreement of 2001 which had put an end to the armed conflict between the ethnic Albanian National Liberation Army and the Macedonian security forces, and set the groundwork for improving the rights of the ethnic Albanians. 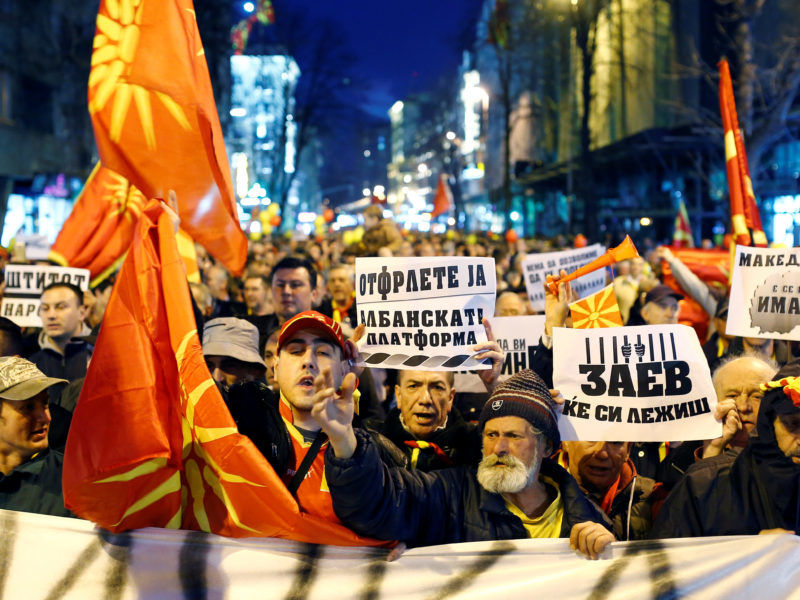 A political crisis that has paralysed Macedonia for two years is sliding into an ethnic dispute, with nationalists taking to the streets over a series of demands by the country’s Albanians.

Chizhov said the Albanian Platform went “against the constitutional order of Macedonia”, which in his view, given the tense situation that prevails, would be “detrimental to the country”.

According to the Russian diplomat the recent election of parliament speaker Talat Xaferi was “in clear violation” of the Macedonian parliament rules and the existing legislation, and that the elected speaker was “an ethnic Albanian with a long record of participation in armed activities in the country”.

“When the next morning the European Union puts out a statement in support of those developments, that, I am afraid, was not conducive to alleviating the tensions and promoting a peaceful outcome of the crisis.

He praised the Macedonian President Gjorge Ivanov for “standing firm” in protecting the country’s constitutional order.

Ivanov is under pressure by the West to give a mandate to Zaev to form a government.

“When that happens, of course, is for them to decide,” he said, adding “you cannot create an exit from a political crisis by destroying the pillars of a country, we have seen that in other places in recent years, quite a lot”.

“The Balkans is a contagious disease”, he said smiling.

Chizhov was asked by Bojan Pancevski of The Sunday Times what the leverage of Russia in Macedonia is, in comparison with Western leverage, which includes EU funding.

Chizhov said that the Euro-Atlantic strategy for Macedonia was “encountering certain difficulties” unrelated to the current crisis, alluding to the Greece-Macedonia name dispute, which results in a veto from Athens preventing Macedonia from NATO membership and the start of accession negotiations.

“What could Russia offer? Of course, there is always an alternative to Euro-Atlantic integration, as some countries are contemplating, others chose not to [possible reference to Serbia who chooses not to join NATO]. But of course, I will not say that the Euro-Atlantic path is the only one available for any country of the Balkans, or any other”, he said.

He added: “Unlike the US and the EU we are not interfering in this political crisis. We believe that the ultimate goal is to preserve Macedonia as a single country, to preserve its constitution and allow the political forces to agree on how to proceed”.

Chizhov repeated that “his personal understanding” was that there should “probably be a new round of elections” in Macedonia. 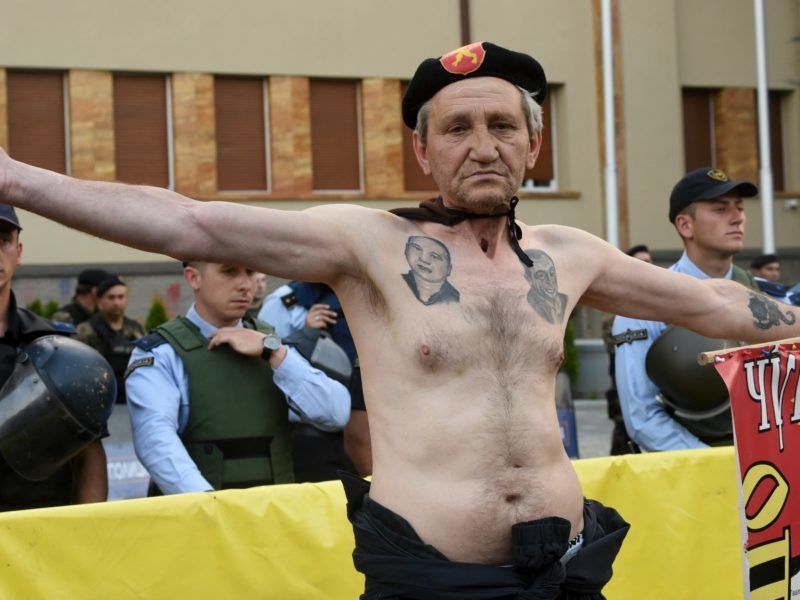 4 responses to “Chizhov: There is an alternative to Euro-Atlantic integration”