A panel discussion at the Alpbach forum. [@JorgWojahn Twitter]

“It’s about a bilateral solution which should not serve as a blueprint for other issues,” Neighbourhood Commissioner Johannes Hahn said at a press conference in Austria with the presidents of Kosovo and Serbia, Hashim Thaçi and Aleksandar Vučić.

Both Balkan states need to normalise relations to qualify for EU membership and “once there is an agreement, it should be respected” by all members of the world’s biggest trading bloc, Hahn said, as quoted by Bloomberg.

Thaçi and Vučić spoke at an international forum in Alpbach, Austria, during the weekend and will resume EU-mediated talks on 7 September in Brussels to reach a deal that Hahn described as a “geopolitical necessity”.

Kosovo’s 2008 declaration of independence, backed by the United States, is recognised by 23 of 28 EU countries. Serbia rejects the secession, and is supported by Russia and China.

The five EU members that do not recognise Kosovo, Spain, Greece, Cyprus, Slovakia and Romania, fear the precedent border changes, created by the Kosovo case, might set. 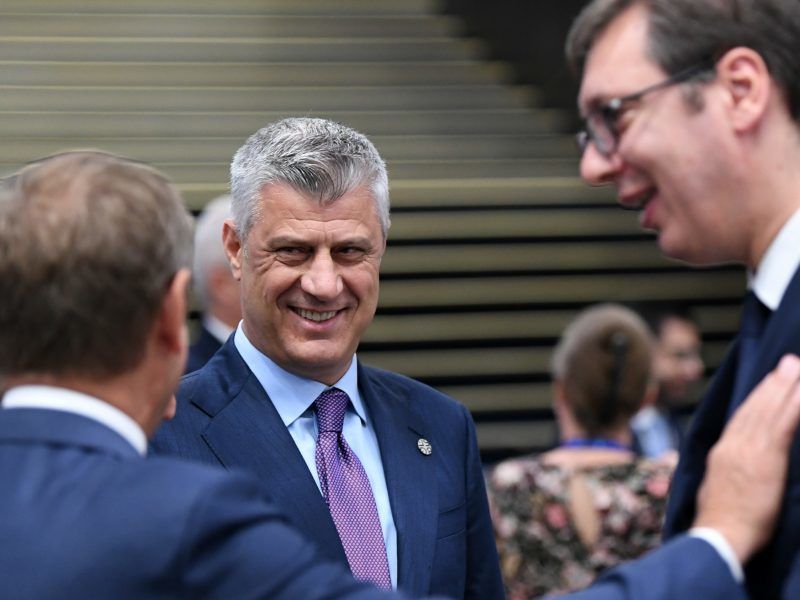 Pristina ‘understands’ the decision of Spanish Prime Minister Mariano Rajoy not to attend the EU-Western Balkans summit in Sofia, but “Kosovo is not Catalonia”, Kosovo’s President Hashim Thaçi told EURACTIV.com.

“It’s our task, our responsibility to care about European countries and not to leave it to other parties, third parties somewhere in the world,” Hahn said.

“It is time for us to make new history,” Thaçi said in Alpbach, according to Balkan Insight.

?? Thaci: “The time for an agreement between Kosovo and Serbia is now.”

?? Hahn: “We will not impose something from outside.”

BETA news agency reported that Vučić too expressed dissatisfaction over the desire of “other countries” to influence the content of a possible agreement between Belgrade and Pristina.

Russia is opposed to settling the Kosovo issue, which plays into its hands as a frozen conflict, designed to prevent the region from rapprochement with the West.

“Now we are trying to do something that is of great importance to our future, something that is very important for the Albanians also. We must live together, we are the two most numerous people in the Balkans. If we cannot solve it, who will?” Vučić said.

“We have just witnessed a very historic moment,” Hahn said after Thaçi and Vučić had spoken.

If Kosovo and Serbia settle their relations, Serbia would be very close to EU accession, as it is seen as one of the two front-runners (with Montenegro), among the six Western Balkans EU hopefuls.

The EU future for Kosovo is less clear, given its non-recognition by the five EU members. 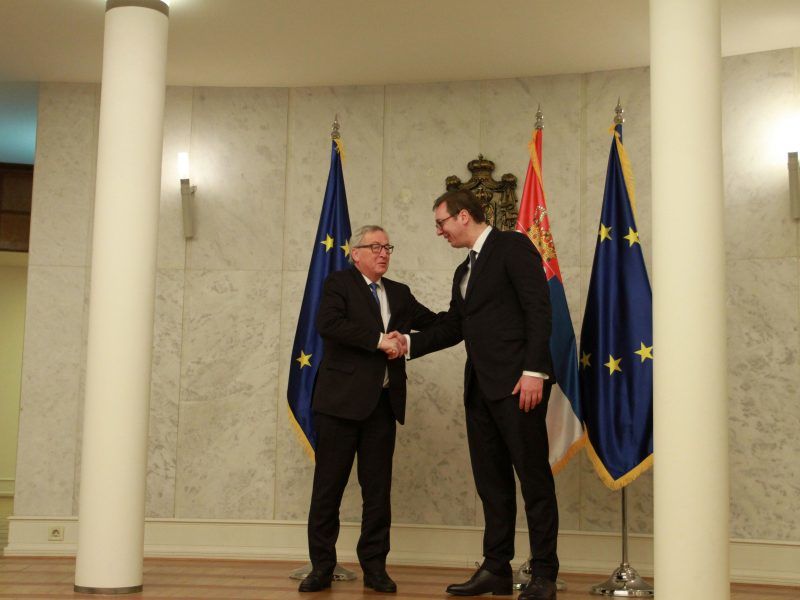 Kosovo split from Serbia in 2008, almost a decade after NATO air strikes ousted Serbian forces and halted a crackdown on ethnic Albanians during a brutal two-year counter-insurgency.

The unilateral declaration of independence was strongly backed by the US, led at that time by President George W. Bush.

The border created in 2008 left some 120,000 Serbs as a minority among Kosovo’s 1.8 million people, with about 50,000 ethnic Albanians on the other side of the frontier, in the so-called Presevo Valley of Serbia’s south. The Pristina government hardly has any sovereignty in Serbian-populated Northern Kosovo.

Donald Trump’s national security adviser, John Bolton, said on 24 August that Washington would not weigh in on an idea to swap territory between Serbia and Kosovo.

The idea of a territorial swap contrasts with the position expressed by German Chancellor Angela Merkel earlier this month. 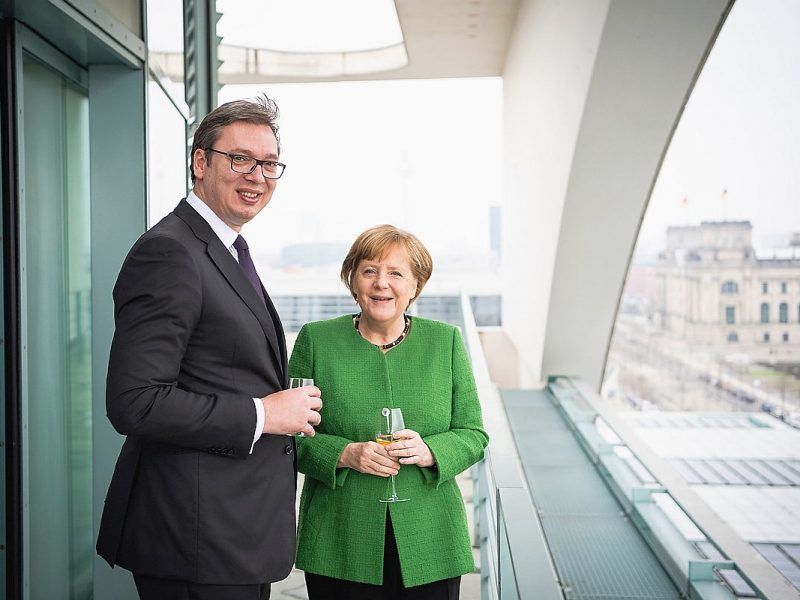 Serbia’s political life is heating up in August as discussions about its relations with Kosovo have reached frantic speed, varying from a possible partition of its former province to exchange of territory and border changes.

Territorial changes in the Balkans are seen by many as opening a Pandora’s Box. They could be particularly dangerous with respect to Macedonia, which has a large ethnic Albanian population.

‘Greater Albania’ is a political project which still has many backers. 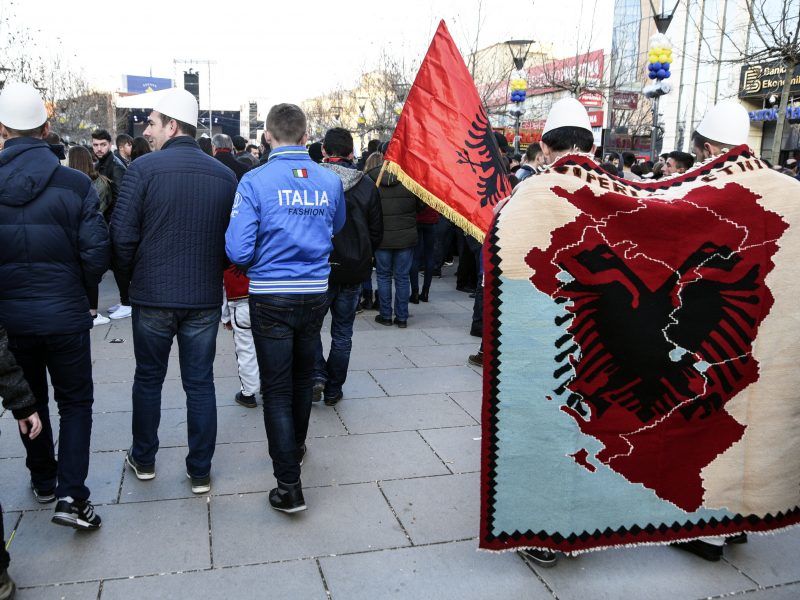 Albanian Prime Minister Edi Rama said yesterday (18 February) his country and Kosovo could one day have a single president as a “symbol of national unity” between Tirana and Pristina.

'If #Kosovo can be partitioned, then the 1995 Dayton Accords that ended the war in #Bosnia can be revisited too'.
By @JasminMuj.https://t.co/jA8qh8gUhQ