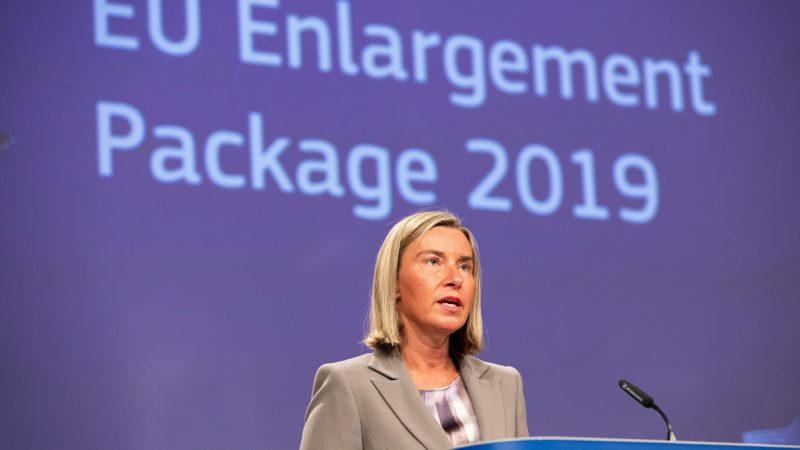 Federica Mogherini speaks to the Brussels press on 29 May 2019. [Europe by Satellite]

“In light of the significant progress achieved and the relevant conditions being met, the Commission recommended today that the Council now opens accession negotiations with Albania and North Macedonia,” the EU executive said in its annual progress report on enlargement.

Turkey opened membership talks in 2005, which have stalled completely in recent years as the country backtracked on its democratic record under President Recep Tayyip Erdoğan. The Commission noted no progress in the past year.

“Turkey has continued to move further away from the European Union, with serious backsliding in the areas of the rule of law and fundamental rights… In June 2018 the Council noted unanimously that Turkey’s accession negotiations have therefore effectively come to a standstill and no further chapters can be considered for opening or closing. The underlying facts leading to this assessment still hold.”

On the whole, the Commission said the Western Balkan countries “have made concrete progress and demonstrated commitment to the European perspective, even if the overall uptake of reforms varies”. 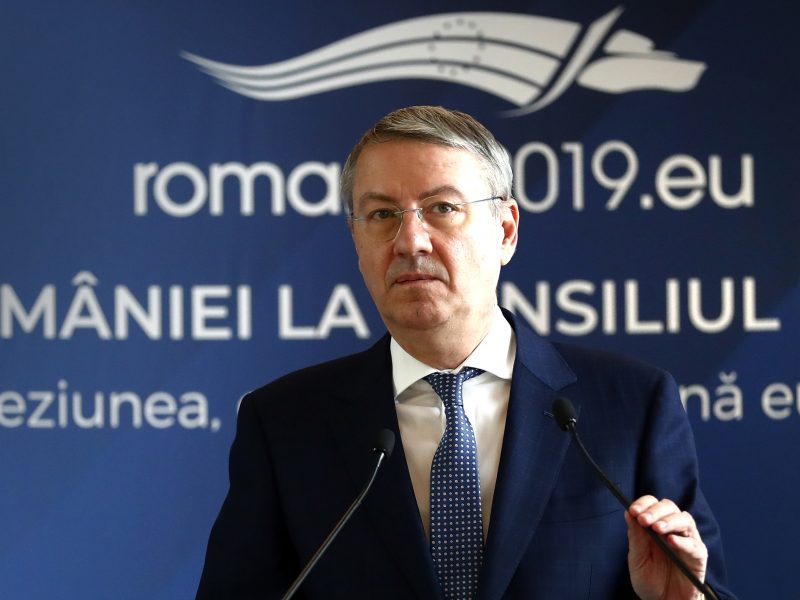 Romania’s EU presidency will push to improve the prospect of membership talks for Western Balkan nations of Macedonia (FYROM) and Albania, but only after the European elections in May, the country’s European affairs minister told EURACTIV in an interview.

Message to the member states

Speaking to the press, foreign affairs chief Federica Mogherini commended in particular North Macedonia for having solved its long-standing “name issue” with Greece and resolved all problems with all neighbours, and Albania, for its justice reform under which judges are vetted.

In what appears to be a message to the member states, she said the Union needed to live up to its commitments and “give credit where credit is due”.

“When merit is assessed as positive, it needs to be acknowledged. Failure to recognise and respond to objective progress, I believe and we believe, will damage the EU’s credibility throughout the region and beyond. Not rewarding historic achievements and substantial reforms would undermine stability and discourage further reforms,” she said.

EURACTIV asked Mogherini if this message would be understood by the EU member states, and which countries among them are the true friends of the EU enlargement to the Western Balkans.

Mogherini replied that in her experience, the best “sponsors” of the countries on their path to the EU are the neighbours.

“The Balkan countries, being already members of the EU or not [yet], are supporting the most the process, are advising and pushing, are creating an environment of mutual support,” she said.

In her words, the Balkans were shifting over the last five years from a logic of competition and confrontation to a logic of mutual support, with the understanding that the better one of them does, the better it is for the others. This, she added, was also the secret of the success of the EU over the decades.

Another important element in her words was the big popular support for the EU and for EU accession, including for fulfilling the difficult conditions, as high as 70-80-90 percent .

Mogherini said the EU needed this energy and this determination and this desire to come together in a community, as much as the Balkans need it.

The sad truth, however, is that there is little appetite for further EU enlargement among member countries after Croatia joined in 2013.

The publication of the progress reports was delayed for after the EU elections, mostly at the insistence of France, the country that has taken the lead in putting the brakes on what many have called “the most successful project in EU history”, its reunification.