Macedonian Prime Minister Zoran Zaev holds a press conference after the closing of the polls in the Macedonian referendum to solve the name issue with Greese following the Prespa agreement, in Skopje, Former Yugoslav Republic of Macedonia, 30 September 2018. [EPA-EFE/NAKE BATEV]

This triggered a strong reaction from the leftist Syriza government, which accused New Democracy of “secret diplomacy” and conflicting messages to the national and the international audience when it comes to the name change of Greece’s northern neighbour.

The government says that while New Democracy opposes the deal internally, with its international partners it makes an effort to appear more open to negotiatons.

Both in Macedonia and in Greece, the main conservative parties, EPP affiliated, oppose the Athens-Skopje deal. Conversely, Joseph Daul, the president of the EPP, has openly supported the deal.

EURACTIV contacted the FYROM government following a heated debate in Athens between Syriza and New Democracy on Tuesday (2 October).

“Prime Minister Zoran Zaev never had any official meeting with Greek opposition since he has been on power,” the FYROM source said. Zaev took office on 31 May 2017.

FAZ also reported that Zaev had a second meeting with Spyraki in Brussels, where she described the difficult position of New Democracy over the name issue, reportedly agonizing for part of its voters. For her part, Spyraki said that she indeed met “by chance” Zaev, without elaborating more.

The EURACTIV source in Skopje also explained that a large group of MEPs from the joint Parliamentary Committee visited Skopje on 19-21 September and Spyraki was part of the delegation.

“They, as a group, requested a meeting with Prime Minister Zaev but this was not possible as he was in Washington to meet US Vice-President Pence exactly on these dates,” the official said, adding that the delegation of the MEPs instead met with Defence Minister Radmila Shekerinska on 19 September. 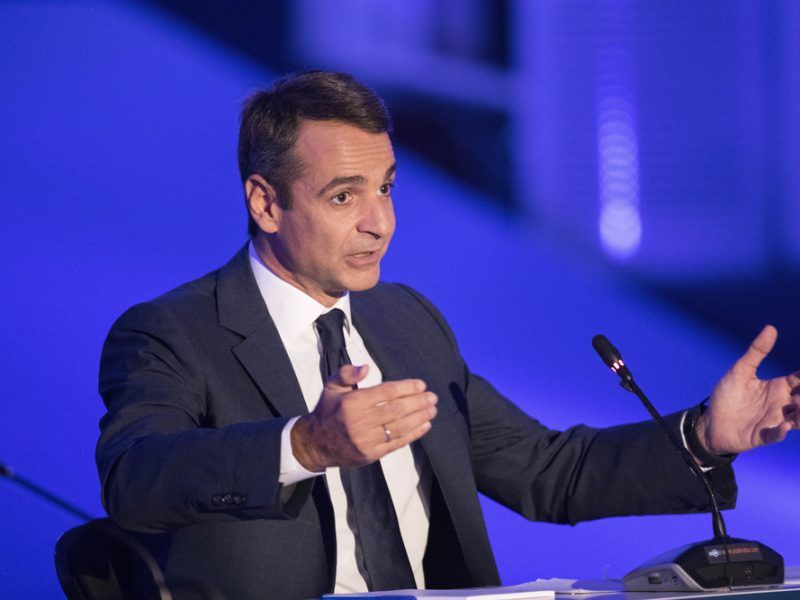 European People’s Party MEP Elmar Brok has a “great understanding” of Greece’s New Democracy leader Kyriakos Mitsotakis, who faces internal party problems and opposes the freshly agreed deal between Athens and Skopje on the name dispute. However,  Brok told EURACTIV he hopes for a positive result in the end.

Tensions in both Greece and FYROM have escalated following last Sunday’s controversial referendum in Skopje, in which the vast majority of voters approved the name change deal with Athens but the turnout was low.

The name change deal has to be ratified by the national parliaments in both countries, where the conservative opposition parties firmly oppose the deal.

EPP’s Elmar Brok recently told EURACTIV that he had “a great understanding” of the problems Mitsotakis faces in his party because of what happened to his father Konstantinos Mitsotakis in 1992, when his government collapsed because of the name dispute.

European People’s Party MEP Elmar Brok has a “great understanding” of Greece’s New Democracy leader Kyriakos Mitsotakis, who faces internal party problems and opposes the freshly agreed deal between Athens and Skopje on the name dispute. However,  Brok told EURACTIV he hopes for a positive result in the end.

Brok referred to the turmoil in New Democracy that erupted when the then minister of foreign affairs Antonis Samaras disagreed with a two-name solution proposed by Konstantinos Mitsotakis, and resigned, leading to the collapse of the government a few months later.