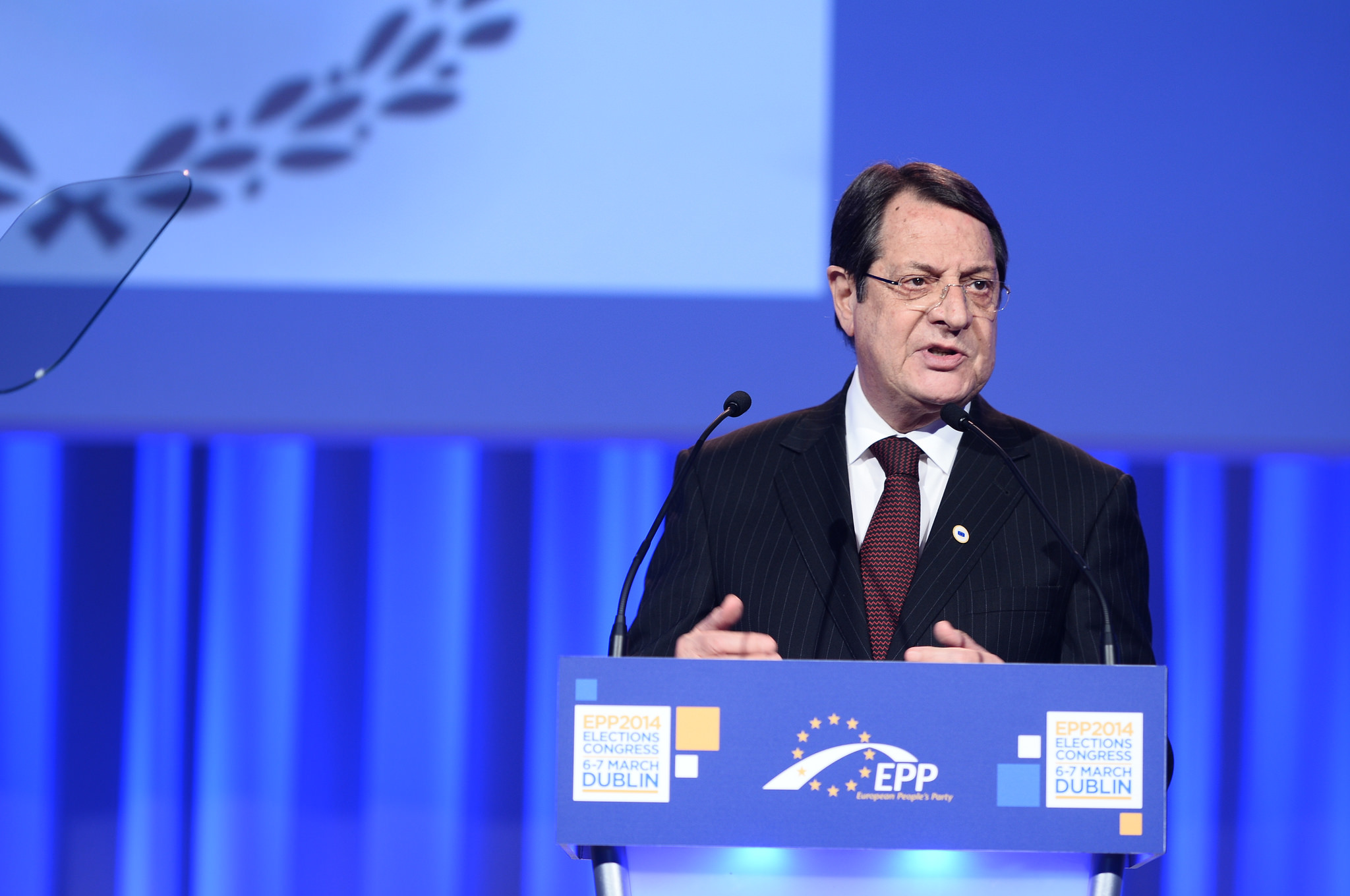 Greece will hold Cyprus’s “Turkish veto” in tomorrow’s (15 October) EU Council summit, which will focus on possible EU concessions towards Ankara, as the President of Cyprus will skip the meeting.

The leftist Greek premier, Alexis Tsipras, will represent the right-wing President of Cyprus, Nicos Anastasiades – who departed today for China where he will meet with the President of the People’s Republic of China Xi Jinping.

Nicosia says the visit had been planned “long ago”, but the EU summit has been as well, the date of which has been known for many months.

But Samaras was a political friend and ally of Anastasiades, as both are affiliated to the centre-right EPP family. This time, however, the Cyprus President delegated his powers to the most leftist leader the EU has ever had.

At Thursday’s (15 October) EU summit, European heads of state will discuss what incentives they should give Turkey in order for it to contribute to the unfolding refugee crisis.

European Council President Donald Tusk told Turkey yesterday (13 October) that it could win concessions from the EU, in the event it manages to halt the flow of migrants to the EU.

According to EU officials, Ankara will seek more visa waivers, more EU funding and progress on its longstanding application to join the bloc.

“An agreement with Turkey makes sense if it effectively reduces the inflow of refugees,” Tusk wrote in a letter to EU leaders. “Concessions will only be justified when this goal is achieved.”

In a recent visit to Brussels, Kemal K?l?çdaro?lu, leader of Turkey’s Republican People’s Party [CHP] said that if the EU wanted to have a say in the region, it should encompass Turkey, and make it a full member.

This view however is not in line with most EU leaders’ thinking. German Chancellor Angela Merkel said on 7 October that Turkey’s help was needed to stem the flow of refugees to Europe but that this hadn’t changed her view that Turkey should not become a member of the European Union.

Ankara’s EU path started in October 2005, but so far only one out of 35 negotiation chapters has been provisionally closed (science and research).

Thirteen EU negotiation chapters are open, but the EU has suspended the opening of eight chapters over Turkey’s failure to implement the Ankara Protocol, which states that access should be granted and ports opened to products coming from the Republic of Cyprus.

Currently, Ankara prohibits vessels flying the Cypriot flag to enter ports and Cypriot aircraft from landing at its airports.

The opening of another 11 chapters has been blocked by France and the Republic of Cyprus, amounting to 19 blocked chapters in total.

A possible establishment of an EU visa-free travel system for Turkish citizens could also raise some technical issues.

Turkey does not recognise Cyprus, which is a member state of the European Union, as well as the Cypriot passports.

EURACTIV contacted diplomats who indicated that Cyprus might want to hold its distance from the “extremely sensitive” discussions over concessions to Turkey.

Turkey's relations with the European Economic Community (EEC) date back to 1959. But it took many years, until the Helsinki European Council of December 1999, for the country to obtain the status of a candidate country for EU membership.
The EU opened accession talks with Turkey in October 2005, but a number of stumbling blocks are holding up Ankara's progress, in particular concerning Turkey's relations with Cyprus, human and minority rights and freedom of expression.
Out of 35 negotiation chapters, so far only one chapter (science and research) has been provisionally closed. Thirteen chapters are open, but the EU has suspended the opening of eight chapters over Turkey's failure to implement the Ankara Protocol, which states that access should be granted and ports opened to products coming from the Republic of Cyprus.
The opening of another 11 chapters has been blocked by the France and the Republic of Cyprus, amounting to 19 blocked chapters in total.
In 2010, the EU, in a gesture of good faith towards Turkey, opened another chapter in the accession process, increasing the total number of opened chapters to 13. The chapter covers sectors related to food safety, veterinary standards and phytosanitary requirements.