EBRD: Western Balkans could take up to 200 years to catch up with EU 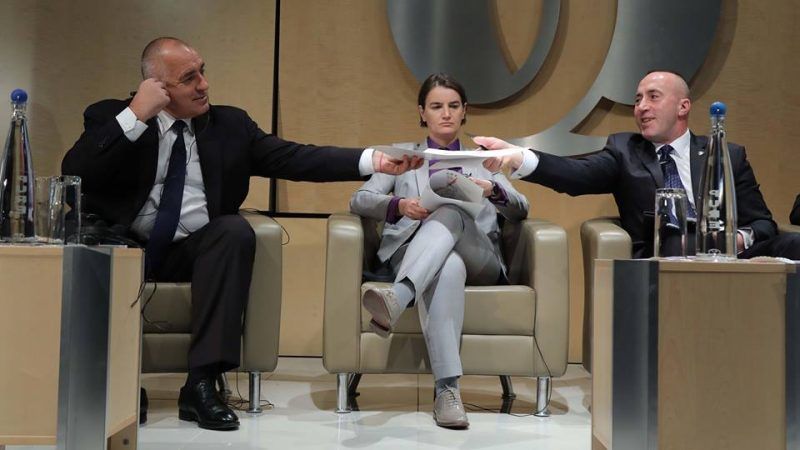 Western Balkans countries need to tackle their low productivity and speed up reforms, the EBRD said on Monday, warning it could otherwise take them up to 200 years to catch up with the living standards of the EU states they hope to join.

Albania, Bosnia and Herzegovina, Macedonia, Kosovo, Montenegro and Serbia are held back by weak institutions, corruption and government dominance in some industries, the European Bank for Reconstruction and Development (EBRD) said.

Seven Prime Ministers in London for a Western Balkans investment summit at @EBRD today. Puzzling that “global Britain” unable to send anyone more senior than the culture minister. pic.twitter.com/2Hflj6BoCp

The current average gross domestic product (GDP) per capita for the six countries, still scarred by ethnic wars fought in the 1990s, is only half the average in 11 EU member states of Eastern Europe, such as Poland or Hungary, and just a quarter of their more advanced western European peers.

“The fundamental problem holding back the region’s economic development is low productivity,” the EBRD said in its report, released at the bank’s Western Balkans Investment Summit in London. “This reflects years of under-investment, weak institutions and a difficult business environment.”

While the private sector was the main contributor to economic output in all of the six countries, governments often dominated key industries, with significant privatisation programmes ahead.

In the EBRD’s baseline scenario, which used average annual growth rates for 2001-2016 of 3.2% for the Western Balkans and 1.4% in the EU, the report suggested the six countries could achieve the EU’s average GDP per capita in about 60 years.

However, the EBRD noted that the speed of convergence had slowed down markedly over the past seven years. The region achieved average annual growth of just 1.2% in the post-crisis 2009-2016 years compared with 5.3% in the pre-crisis period of 2001-2008.

So under a more pessimistic scenario using post-crisis growth rates it could take the Western Balkans over 200 years to converge, the bank said, with parity achieved only in 2220.

An optimistic scenario using pre-crisis growth rates would allow the Western Balkans to catch up in under 40 years, by 2053.

“The speed of catch up would depend on the pace of addressing the challenges that hamper the region from developing its full potential,” the report said.

“Full EU convergence will require states to implement a determined and comprehensive reform agenda towards boosting productivity and investment,” the EBRD added.

All six countries are seeking membership of the European Union, which recently launched a new integration campaign.

The EBRD, a development bank set up in 1991, is one of the biggest investors in the Balkans region, having invested a total of €10 billion so far. On Monday, it announced €700 million for road infrastructure in Bosnia and Herzegovina.