Enlargement of the EU has become a ‘hot potato’ for Brussels and for member states. EURACTIV addressed the issue in a debate on Tuesday (5 June), where diplomats and journalists talked freely about the perceived reluctance of some member states towards admitting new countries, and about the existing internal obstacles.

In 2025, Montenegro might be ready to knock on the EU’s door for accession, twelve years after the last new member, Croatia, joined. As the front-runner of the EU integration race in the Western Balkans, the country has opened all but one of the 35 negotiating chapters. Three chapters have been provisionally closed to date and the rest are work-in-progress.

But despite Montenegro’s performance among the bloc of six countries, EURACTIV’s senior editor Georgi Gotev questioned whether the EU would reciprocate.

Montenegro’s ambassador to EU, Bojan Šarkić, gave an honest answer: “First of all, it’s more or less clear that there won’t be any enlargement within this Commission,” he said, referring to what Commission President Jean-Claude Junker warned when he took office.

Šarkić went on to question the EU’s hold-back, despite Commissioner Johannes Hahn’s talk about a “reinvigorated enlargement agenda” in recent days.

“Why does nobody want to touch the enlargement, which was the most successful policy of the EU? It’s completely ridiculous. It insults the intelligence of anyone around,” Šarkić said.

EU officials often say that enlargement has been one of the EU’s greatest successes, but capitals keep it on hold.

For the first time, no opening of new chapters was recommended for Montenegro in the Commission’s latest annual report, believed to be more negative than in previous years. Shortcomings in media freedom, fight against corruption and human trafficking have been highlighted as top priorities to be addressed.

And only two months ago the capital Podgorica saw weeks of protests against the country’s powerful, long-serving leader Milo Djukanović, demanding that his government resign over alleged corruption and cronyism.

Ambassador Šarkić said his country’s preference was clearly individual accession based on its own merits, rather than a “package accession” with other countries in the region. He also questioned the EU policy of integrating the Western Balkans through economic cooperation, rather than integrating them with the EU.

The ambassador of Montenegro requests that the EU pushes further for EU enlargement in the Western Balkans and advises not to wait until the Balkan economies integrate to grant accession. If countries are ready, they should just join, he adds. #eaDebates pic.twitter.com/odOMaq6ZvI

“Why should we put joint structures between Western Balkan countries and only then join the EU? We had them within Yugoslavia and now we’re supposed to come back to it? This has absolutely no logic,” the diplomat said. 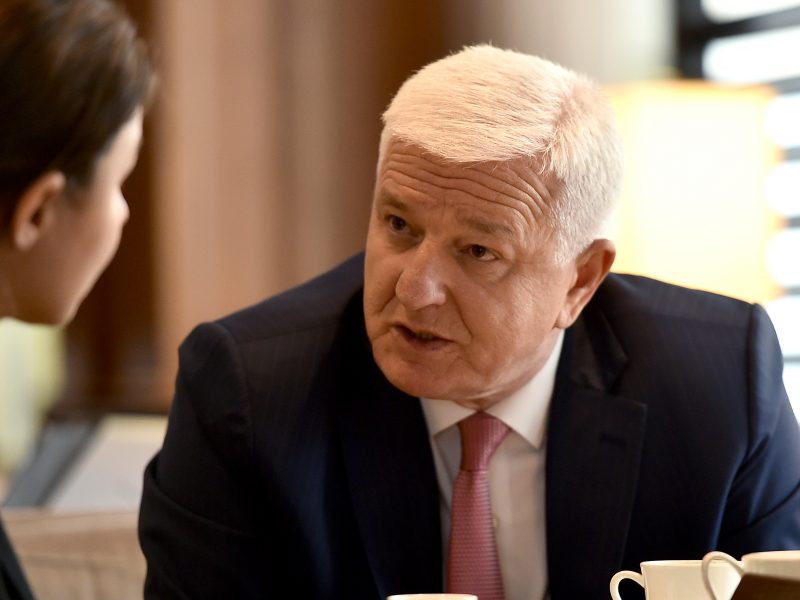 Montenegro PM: 'We are looking for a new opportunity with the EU'

But Montenegro is not alone in its anger against the EU’s apparent coolness towards the Balkans. It’s former federal partner and less Euro-Atlantic enthusiastic neighbour, Serbia, readily joined in.

“It is a little bit bizarre that from four chapters opened per presidency, we are coming to one chapter,” the first secretary of Serbia’s mission to EU, Danijel Apostolović, told the audience.

A representative of the Permanent Mission of Serbia to the EU denounces that, even though big progress has been made, the lack of accession prospects in the following 5 years or at least the will to push for it from the EU side, seems to discourage Serbian citizens. #eaDebates pic.twitter.com/WZqJMWdo7v

He explained: “We’re hoping to open two chapters at the next Intergovernmental Conference, but it seems that some of the member states are not so happy to give the green light. It seems that there will be only one [chapter opened].”

The Commission’s progress report on Serbia was hardly encouraging either. Judicial independence, corruption, organised crime and media freedom are among the EU’s main concerns, problems which are repeated across the region.

But it seems that Serbia and the EU executive have different views on the speed of reform in the country: “We advanced the final lot in reforms, although the last European Commission report doesn’t recognize it in the manner we want it to be recognised”, declared the Serbian diplomat, who doubts his country will make it to the 2025 accession milestone.

North Macedonia and Albania both received a nod from the EU executive to open accession talks and catch up with their northern neighbours. However, Albania seems to be the black sheep of the duo.

EU diplomats have told EURACTIV that there may be pressure on the Commission to possibly decouple the two and say ‘we do not think that Albania is ready to open negotiations at this stage’, while acknowledging the need to reward “the big strides” North Macedonia has made.

The Netherlands, in particular, is set to give Albania a hard time, and is already seeking to suspend the visa-free regime that the country enjoys, over fears of its mafia moving freely across the EU. 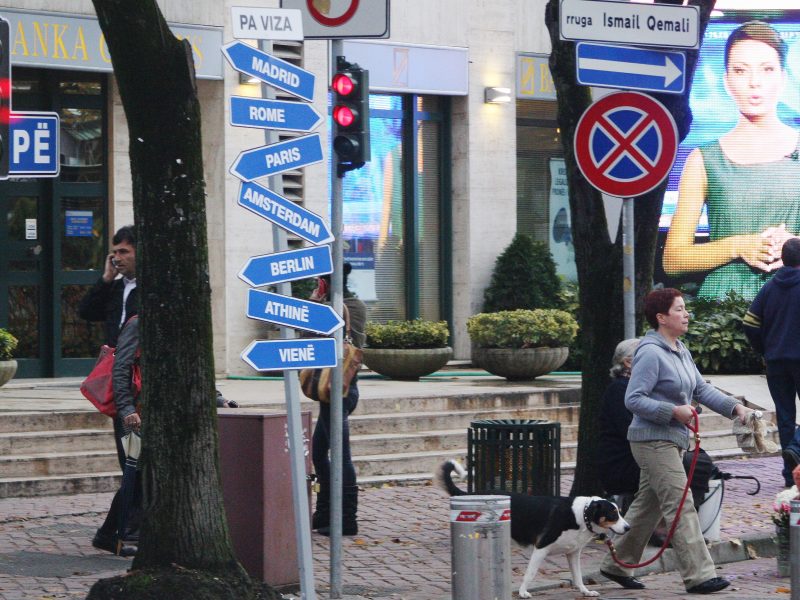 Albania has also been tormented for months by street protests and a parliamentary opposition revolting against a socialist government accused of corruption. The political crisis could have a spill-over effect on the Council’s decision expected at the end of June.

“I know the political situation is not good, but there are a lot of young people in Albania who dream of studying and working in the EU. I hope the Council will deliver a positive opinion for us and North Macedonia. Otherwise, people will lose their hope and dream of the EU”, noted Uarda Celami, a counsellor at the Mission of Albania to EU.

The councillor of the Permanent Mission of Albania to the EU explains that Albania is moving forward slowly but with determination. Albanian citizens, especially young people, hold hope that Albania will one day join the club. #eaDebates pic.twitter.com/KoophCzhOQ

Bosnia and Herzegovina, the last to apply for membership in the European club, also acknowledged its internal problems.

The EU has in the past discouraged Bosnia and Herzegovina from tabling a membership application, over doubts whether the three ethnic communities in the country can really commit to living together.

“We had some internal difficulties, but we hope that with some assistance from the  EU we will be able to overcome them and proceed further towards the EU,” Mitar Kujundzić, minister-counsellor in Bosnia’s representation to the EU, told the audience.

A representative of the Permanent Mission of Bosnia & Herzegovina to the EU explains that a hot topic is still the cohabitation of different communities in the country. They support economic integration with other candidate countries as their successes benefit them too #eaDebates pic.twitter.com/Ap5bqfqfG4

The Commission last week published its ‘Avis’, or opinion on Bosnia-Herzegovina’s application, identifying 14 key priorities the country needs to address and providing a roadmap for reforms.

“After the Opinion was published, there are already activities in our country regarding the plan to implement the recommendations”, he said.