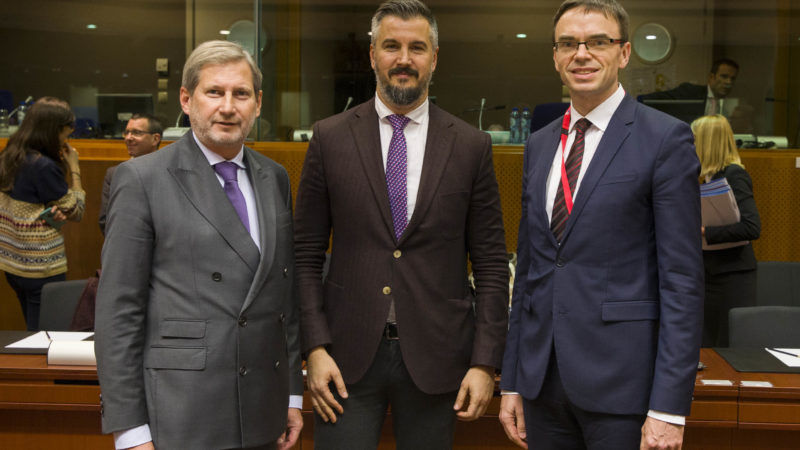 Accession negotiations, which typically take years, are split into 35 “chapters” covering areas such as the economy, energy, rule of law and human rights, to help the joining country align its practices with European Union standards.

The bloc opened two new chapters for Montenegro, covering freedom of movement for workers and services. It means Montenegro now has 30 chapters open.

“The two chapters open today are at the very core of the European Union,” EU Enlargement Commissioner Johannes Hahn said at a press conference.

Montenegro began accession talks with Brussels in 2012 and in June this year joined NATO in the face of bitter opposition from Moscow, which regards expansion of the alliance — and the EU — into its traditional sphere of influence as a threat.

The EU also opened two chapters for Serbia, on company law and external relations, bringing to 12 the total number of chapters open for the country, which has been in EU membership talks since January 2014.

“The opening of the two chapters today is a merited achievement of Serbia,” Hahn said at a later press conference with Jadranka Joksimović, Serbia’s minister of European integration.

But he warned: “Further progress is conditioned on focus on rule of law and normalisation with Kosovo.”

Joksimović said the opening of the chapters was a signal to investors that “Serbia is a stable country.”

Juncker has said that there will be no more enlargement of the EU during his term, which ends in 2019, but that after that, expanding into the Balkans is vital to maintain “stability in our neighbourhood”.

Elsewhere in the region, Macedonia and Albania are candidate countries to join the EU. 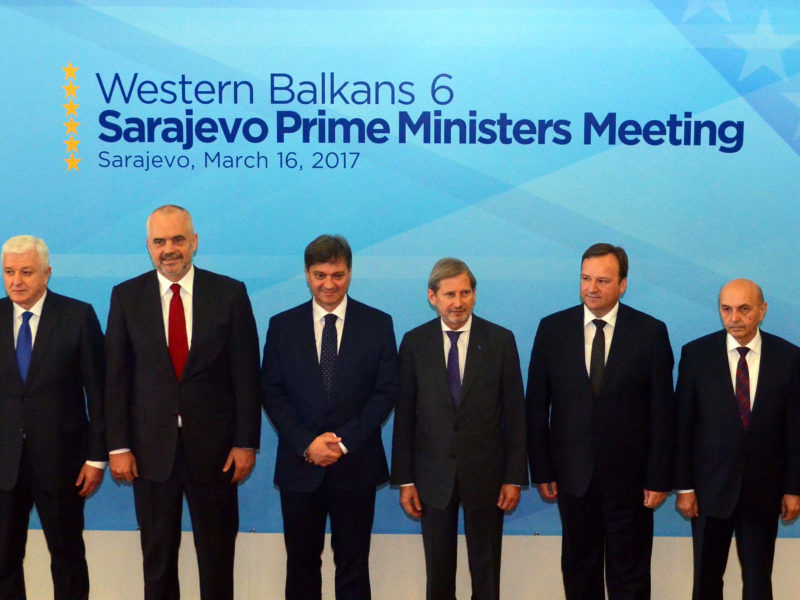 A new study looking into the practical, legal and technical aspects of further EU expansion has concluded that only one country, the Former Yugoslav Republic of Macedonia, could meet the criteria for joining the bloc before 2023.