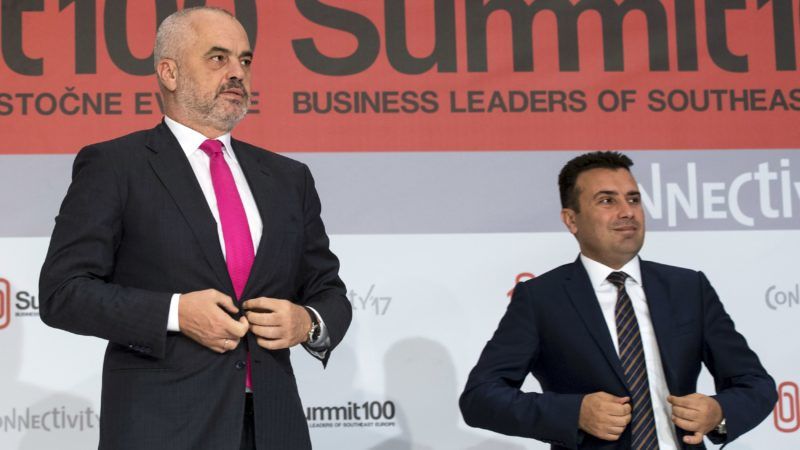 The Western Balkans countries are in a much better shape than they were in the 1990s but the European Union should open accession talks with them as soon possible or risk seeing them wooed by Russia, China or radical Islam, the prime minister of Albania told an event in Brussels on Tuesday (5 December).

Of the six countries in the Western Balkans – the last region still outside the EU, having missed the big enlargement in 2004 – only Montenegro and Serbia have started membership talks. Macedonia and Albania are official candidates while Bosnia and Kosovo are further behind.

“It looks like some kind of a Balkan curse, in fact,” Prime Minister Edi Rama told a conference organised by Friends of Europe.

“When the EU was in the best shape, we were in the worst,” he said, referring to the ethnic wars that followed ex-Yugoslavia’s collapse in the 1990s.

“Now that we are in the best shape, the EU has problems.”

He said the region had finally turned to reconciliation and cooperation, guided by EU standards and requirements as “the driving force”. The upcoming presidencies of the EU Council by countries clearly committed to the  Balkans (Bulgaria, Austria, Romania, Croatia, Germany), was another good sign and a window of opportunity that should not be missed.

“The Balkans in general, and Albania in particular, will progress but if the prospect (of EU membership) fades away or becomes an illusion, then things can turn wrong.”

After initial progress in the early 2000s, the Western Balkans has been on the backburner for a decade, until Commission President Jean Claude Juncker said in his state of the Union address in September that the region should be offered ‘credible EU prospects’. Now the year 2025 is being mentioned as a new date for further enlargement.

“Russia and China have many things to offer. Russia can give you power (energy) for the rest of your life if you give up the rule of law. It is not quite uninteresting,” Rama said to laughter from the audience and continued:

“China has the luxury to plan for the next 100 years. I would not say they have nothing to offer. And then there is also radical Islam. In our region, we are multiethnic, multireligious. If the EU will not run to catch us, believe me, many ‘multi’ problems can restart and then it will be much more costly to marry us later.”

He said the Balkan states did not have unrealistic expectations and knew they would not join overnight.

“What we are talking about is negotiating (for membership). What is wrong with negotiating? Please do not say ‘we want you but we don’t want to talk to you'”.

Most countries in the region have become resigned at the lack of progress in their EU membership bids. The EU, for its part, has until recently criticised a slow pace of political and economic reforms and stressed the need to cooperate and get over the recent past.

Thomas Mayr-Harting, an Austrian diplomat with the EU’s diplomatic arm EEAS, countered some of Rama’s views and said “the apology of not having a (European) perspective is going away. The perspective will be reaffirmed and confirmed in months to come.”

He said the EU’s internal challenges – having to deal with refugees, Brexit, Catalonia – only strengthened “the forces of cohesion among the 27”.

Earlier on Tuesday, Rama met the EU’s foreign policy chief Federica Mogherini. His visit to Brussels coincided with that of Zoran Zaev, the prime minister of Macedonia, which also hopes to unlock its accession talks. Its membership bid has been blocked by Greece because of a row over its name, which is the same as that of a northern Greek province.