A staff member adjusts national flags of Kosovo and Israel while the virtual ceremony to establish diplomatic ties between the two countries took place at the building of Kosovo's foreign ministry in Pristina, Kosovo, 1 February 2021. [Valdrin Xhemaj/EPA/EFE]

The European Union voiced regret on Tuesday (2 February) at Kosovo’s decision to open an embassy in Jerusalem, made as part of a broader deal brokered by the previous US administration, saying it “diverges” the tiny Balkan country from the EU position.

On Monday, Kosovo, a Muslim-majority former province of Serbia that became independent in 2008, established diplomatic relations via online links due to the coronavirus crisis.

Israel sees its new ties with the tiny Balkan country as part of its broader normalisation with Arab and Muslim countries under agreements sponsored by former US President Donald Trump.

It may look surprising that the Kosovo authorities still follow Trump’s Middle East policies, which are likely to be revisited under the Biden administration, although the Kosovar authorities say they have support from the new US administration as well.

“This decision is diverging Kosovo from the EU position on Jerusalem”, said EU spokesperson Peter Stano, pointing out that all embassies of the EU countries in Israel, as well as the EU delegation, are located in Tel Aviv, based on the corresponding UN Security Council resolutions and European Council decisions.

Stano added that the final status of Jerusalem as a future capital of both states has to be found through negotiations between the Israelis and the Palestinians.

“Let me remind that Kosovo has identified EU integration as its strategic priority and is expected to act in line with this commitment,” he said.

A Kosovar journalist asked what could be the consequences for Pristina, and what gave the EU the right to ask Kosovo to get in the ranks while it is not recognised by five EU countries, and therefore cannot become an EU candidate or be granted visa liberalisation.

Stano said it was logical that the EU would expect Kosovo to progress on its EU accession path by aligning with EU policies and principles. He added that from 2008 to 2020, the EU has spent €2 billion in helping Kosovo to develop.

Stano also said that Serbia, which had also announced opening an embassy in Jerusalem as part of the same Trump-brokered deal, had not made any concrete moves since the initial announcement. 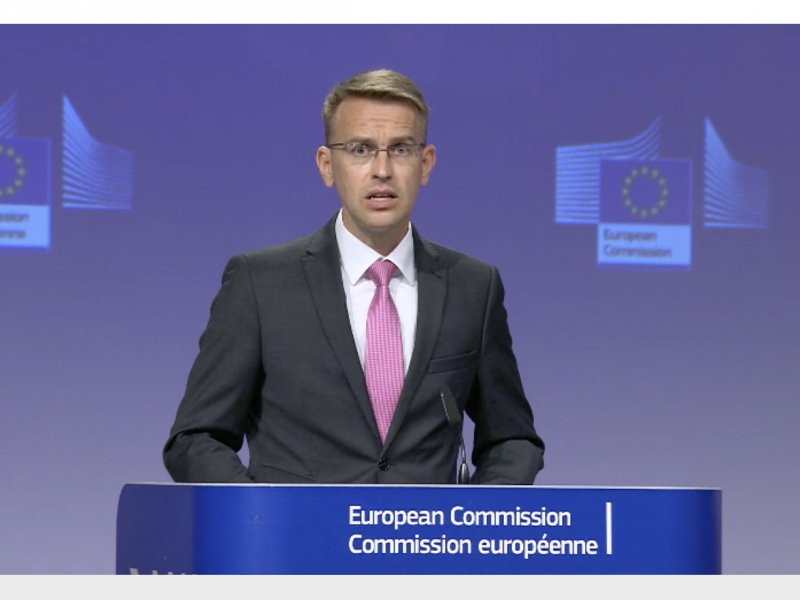 The EU voiced “serious concern and regret” on Monday (7 September) over Belgrade’s commitment to move its embassy in Israel to Jerusalem, casting a shadow over the resumption of Serbia-Kosovo talks.

Trump announced the bilateral ties in September as a side deal to an economic agreement between Kosovo and Serbia. As part of the deal, Serbia, which already has ties with Israel, also agreed to open an embassy in Jerusalem. 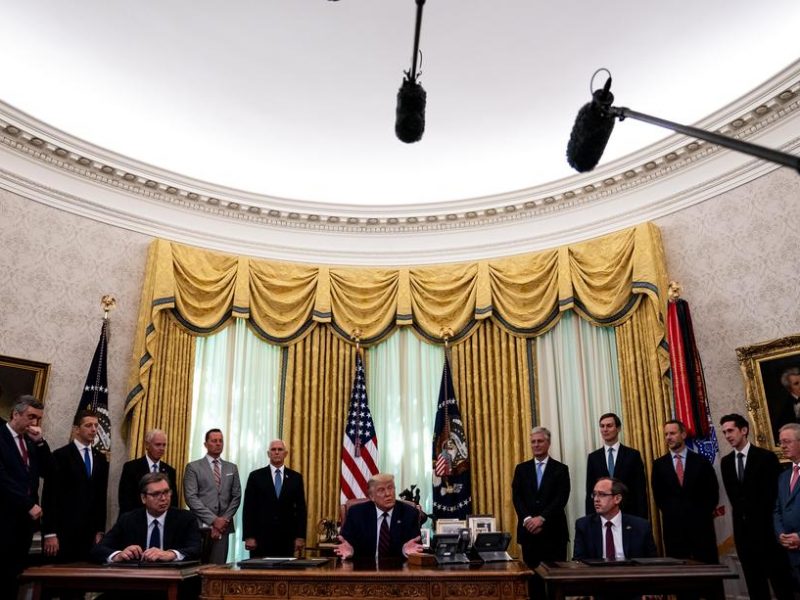 During the ceremony on Monday, Israeli Foreign Minister Gabi Ashkenazi said the new ties were “historic” and “reflect a change in the region, and in the Arab (and) Muslim world’s relationship with Israel”.

Ashkenazi said he had received an official request from Kosovo to establish a Jerusalem embassy, which Israeli officials hope will open by end-March.

Only two countries – the United States and Guatemala – have embassies in Jerusalem. Some others, including Malawi and Honduras, have pledged to make the move.

The status of Jerusalem is one of the thorniest obstacles to forging a peace deal between Israel and the Palestinians, who have broad international backing for their wish to have East Jerusalem, captured by Israel in the 1967 Middle East war, as their capital.

Monday’s ceremony included the unveiling of a commemorative plaque that will be placed at the entrance to Kosovo’s embassy in Jerusalem upon opening, Israel’s foreign ministry said.

Kosovo Foreign Minister Meliza Haradinaj-Stublla said Kosovo and Israel share a “historic bond” and had both “witnessed a long and challenging path to existing as a people and becoming states”.

Kosovo declared independence from Serbia in 2008, almost a decade after a guerrilla uprising by its ethnic Albanian majority.

Haradinaj-Stublla said Kosovo had received support for the agreement from US Secretary of State Antony Blinken.