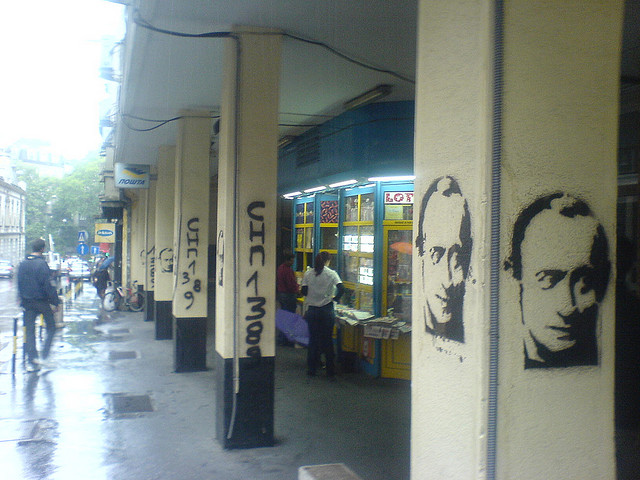 Johannes Hahn made his first visit to Belgrade on Thursday (20 November). The new European Commissioner for Neighborhood Policy and Enlargement Negotiations’ trip was marked by support for the process of Serbia’s accession to the EU, and to the reforms on that road, while Hahn expressed understanding for the sensitive issue of Serbia’s alignment with the EU’s decisions on Russia.

After the meeting with Serbian President Tomislav Nikoli?, Hahn stated that “at this moment” there are no pressures on Serbia to “fully harmonize with the European Union’s policy” and impose sanctions on Russia, but added that the harmonization is a part of the negotiations process.

Within the membership negotiations, which started on 21 January, Serbia is to harmonize its laws with the acqis of the EU, and align itself with the EU’s Common Foreign and Security Policy (CFSP). Serbia’s goal is to fulfill all obligations on the road to the EU until the end of 2018, in order to become a member around 2020.

“The situation is as it is and the European Union will expect Serbia to gradually harmonize its foreign policy (with the policy of the Union), but this takes time,” Hahn stated in Belgrade at a joint news conference with Nikoli?.

Hahn did not insist on the issue of relations with Russia during his talks with Serbian Prime Minister Aleksandar Vu?i? on 20 November and, after meeting him, said that he understands the position of Serbia, considering its special relations with Russia, and that it is not a member of the Union at this time.

“This is one of the reasons why Serbia should be a member of the EU, because, when you are a member, then you participate in the decision making process,” the Commissioner said.

Vu?i? explained that he discussed the issue of relations with Russia openly with Hahn, reiterating that Serbia “has only one policy” and “caters to nobody”.

Serbia supports the territorial integrity and sovereignty of Ukraine, but will not adopt EU sanctions against Russia because of its special political, economic and energy relations with Moscow.

EU membership is a strategic goal of Serbia

At the joint news conference with Hahn, Vu?i? reiterated that Serbia’s goal is membership in the EU. “This is our strategic goal and this is the type of society we have chosen. We want to be an organized country and we are working on that,” said the prime minister, adding that Serbia is ready to do everything in order to improve the democratic system.

Hahn said that he will “work hard” in the forthcoming years in order to bring “Serbia into the European family” and in order for it to truly be prepared for full membership.

Hahn’s visit to Serbia is also significant as a signal to the region about the EU not giving up on the policy of enlargement, although there will be no admission of new members in the next five years, during the mandate of the European Commission which started on 1 November.

Hahn arrived in Montenegro on 21 November.

Opening of the first chapter?

The European Commissioner stated in Belgrade that he is convinced that some of the chapters in Serbia’s membership negotiations with the Union could be opened within the next few weeks, but stressed that preparations for the opening of negotiations are equally important.

He said that the EU has interest in the opening of Chapters 23 and 24 first, about the rule of law, human rights and security, “on the basis of lessons it has learned in the past” and that other chapters could be opened after that.

With the approaching EU summit in December, there is more and more talk in Serbia about whether it would soon be allowed to open the first chapter in the EU membership negotiations, which officially started in January.

On 20 November, Vu?i? stated that he did not request or ask the commissioner for the EU to allow the opening of negotiations with Serbia before the end of this year, or before any other date; that the point is in Serbia continuing to do its job, and that it is up to the EU to estimate whether it has fulfilled these conditions.

Kosovo as a possible obstacle

Serbia has moved the farthest in preparations for the opening of Chapter 32 about financial control, for the opening of which no criteria have been set, and which is in the center of the EU’s attention, because of the new approach to enlargement – the focus of which is on economic management.

However, there is still no full consensus among EU members about which chapter should be opened first, besides Chapters 23 and 24, which will be opened first, and closed last, during negotiations. Chapter 35 will be approached in a similar way in Serbia’s case. This chapter will deal with monitoring the implementation of the agreements reached so far in the Belgrade-Pristina dialogue, and of further steps in this process.

According to a survey of a group of NGOs from Serbia and Kosovo, four of the 16 agreements that the two sides reached, with the mediation of the EU, have been implemented so far. The reason for this lies in their ambiguousness and lack of precision.

The Belgrade-Pristina dialogue is currently stopped because a government in Kosovo has not yet been formed following the elections in June. President Nikoli? said after the meeting with Hahn that Serbia “will not be able to move much further” in this dialogue if Kosovo “continues to negotiate (with Belgrade) as an independent state”.

Hahn indicated the need for agreements on the normalization of relations between Belgrade and Pristina to be carried out, and that partners should fulfill what has been agreed on.

He also said that Serbia needed to continue implementing reforms “in a sustainable manner”, as the tempo of the accession talks would also hinge on the negotiations with Pristina.