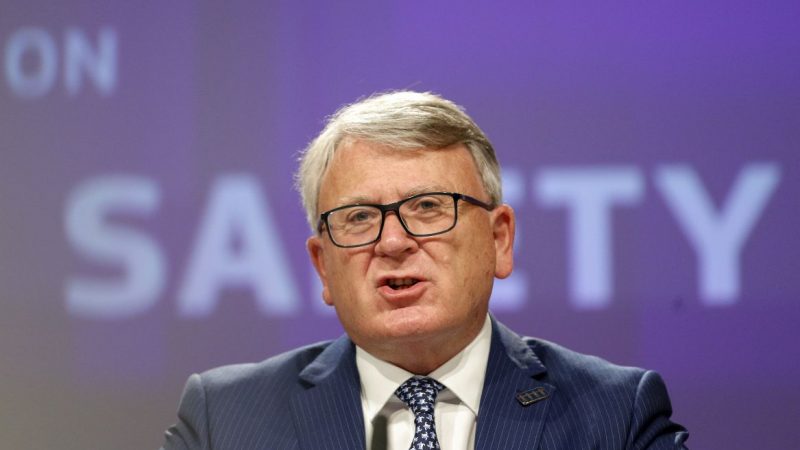 European Commissioner for Jobs and Social Rights Nicolas Schmit stressed that the young from the Western Balkans needed to be given hope and concrete solutions for a better future. [.. EPA-EFE/JOHANNA GERON / POOL]

EU employment and social affairs ministers and their counterparts from the Western Balkans met in Slovenia for talks on measures to get young people into the labour market, with regional officials calling for the implementation of a work guarantee scheme for youth.

“I believe that employment is a key factor that enables young people to be independent. The young are a vulnerable group in the labour market, especially because of their lack of working experience,” said Slovenian Labour Minister Janez Cigler Kralj after the meeting in Brdo pri Kranju on Thursday (8 July).

“It is crucial to support them in sustainable inclusion into the labour market in the EU and Western Balkans,” the minister added.

He stressed that the most successful were programmes that allowed young people to get practical experience while supporting employers in hiring young people.

“We must all secure the rights of the young to education, apprenticeship, internship or a job offer within four months since the day they become unemployed or finish education,” Cigler Kralj said.

Other guests presented their countries’ measures to promote employment of the young and enable them to get quality jobs.

They also exchanged views on structural challenges that the young face on the labour market, especially as part of the green and digital transitions.

The ministers agreed on youth guarantee schemes needed to be developed further and strengthened.

According to Cigler Kralj, partners from the Western Balkans are ready for the gradual setting up, implementation and development of such schemes.

He said he was also happy that the ministers and representatives from Western Balkan countries confirmed the commitment to further close cooperation in this area and enhanced efforts to prevent unemployment among the young.

European Commissioner for Jobs and Social Rights Nicolas Schmit stressed that the young from the Western Balkans were a part of the European youth, so they needed to be given hope and concrete solutions for a better future.

He sees the youth guarantee scheme as a strong and clear commitment that the young will be taken care of and offered a solution, adding that it was essential for the Western Balkans to develop economic policies that will enable the creation of new jobs.

Another important point is the skills and know-how, especially in the light of digitalisation, he said.