A view of Sofia. The former building of the Communist Party Central Committee is being rehabilitated to host the Parliament. [Georgi Gotev]

EU leaders will seek to boost ties with the Balkans at a summit on Thursday (17 May), but it looks set to be overshadowed by the rift with US President Donald Trump over the Iran nuclear deal.

The meeting of European leaders with six Balkan counterparts in Bulgaria comes as Brussels tries to counter growing Russian influence in the region with promises of eventual membership of the EU.

However Trump’s withdrawal from the Iran accord, together with threatened trade tariffs which have also strained transatlantic ties, will dominate a dinner of the EU leaders on the eve of the summit on Wednesday.

“Policies of @realDonaldTrump on #IranDeal and trade will meet a united European approach. EU leaders will tackle both issues at the summit in Sofia next week,” European Council President Donald Tusk tweeted.

Policies of @realDonaldTrump on #IranDeal and trade will meet a united European approach. EU leaders will tackle both issues at the summit in Sofia next week.

For all the urgency over Europe’s attempts to save the Iran deal, arguably the so-called Western Balkans summit in Sofia is at least as important for the troubled bloc’s own future.

The six Balkan nations — Albania, Bosnia, Kosovo, Macedonia, Montenegro and Serbia — are getting impatient to join after the EU put expansion on hold four years ago.

The European Commission recently unveiled its new strategy for the region which aims to give membership to some states by 2025 — the frontrunners to join are Montenegro and Serbia — in return for reforms.

It would be the EU’s first expansion after Brexit brings the EU down to 27 member states next year.

The EU is also pledging to increase funding and boost transport, electric and communications links with the Balkans.

But regional leaders have warned Brussels that Russia, together with China and Turkey, will use any sign of EU reticence to boost their own footholds in the region.

“For a long time the interests of the West and Russia cross over here, like at the time of the Cold War, but Russia is trying to realise its influence in the region in a much more aggressive way,” said Aleksandar Popov of Serbia’s non-governmental Centre for Regionalism.

However there is little appetite for enlargement among many current EU members, who say the bloc should sort out its own problems before growing again.

The EU is also wary of admitting new members before they settle their differences, particularly in a region still bedevilled by the aftermath of the bloody break-up of Yugoslavia in the 1990s.

The words “membership” and “expansion” are conspicuously absent from the summit declaration, which also avoids directly saying that it is issued jointly by the EU leaders and the regional heads, according to a draft seen by AFP

Also conspicuous by his absence will be Spanish Prime Minister Mariano Rajoy, whose country, wary of the separatist claims of its own Catalonia region, still does not recognise Kosovo’s 2008 declaration of independence from Serbia.

Russia is also not directly mentioned, with the only apparent reference to Moscow being a commitment to work together to fight “disinformation and other hybrid activities” in the region.

Russia has increased its media presence in the Balkans in recent years, but so far that has stopped short of materialising in any real muscle. 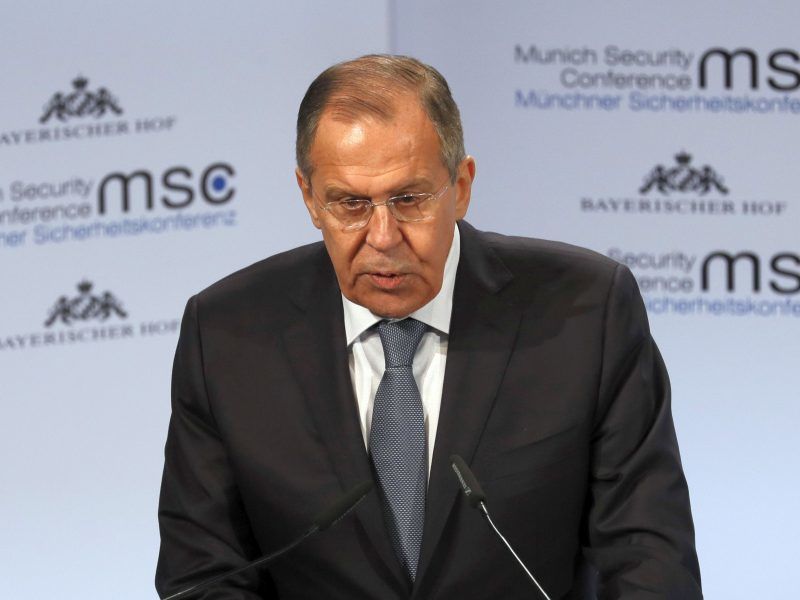 Lavrov: EU, NATO wrong to force 'West or Russia' on the Balkans

In Macedonia — embroiled in a bitter dispute with Greece over its name which has scotched its membership prospects for now — a nationalist supported by Moscow has lost power to the pro-Western Zoran Zaev.

Moscow remains a long-term Serbian ally and its leaders often visit Moscow, but the level of Russian investment is just over one twentieth of what comes from the EU, even if it is more vocal about it.

The EU is also Serbia’s largest trading partner and Serbian President Aleksandar Vučić repeatedly says his country’s strategic goal is to join the EU, regardless of close ties with Russia.

A new menace is stalking the Western Balkans: the region’s political leaders themselves. Many are now retreating from serious engagement with Europe in order to play internal political games, writes Denis MacShane.