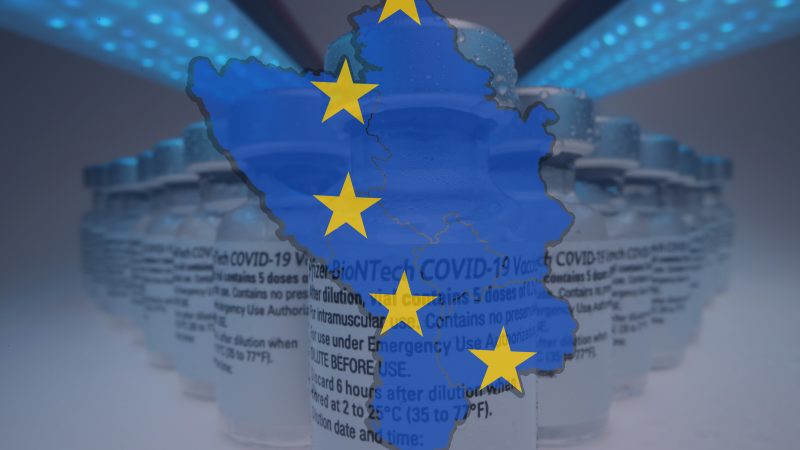 The EU will provide 651,000 COVID-19 jabs from its joint procurement for frontline healthcare workers in the six partner countries in the Western Balkans, the European Commission announced on Tuesday (20 April). [Shutterstock/cortex-film/M-SUR]

The EU will provide 651,000 COVID-19 jabs from its joint procurement for frontline healthcare workers in the six partner countries in the Western Balkans, the European Commission announced on Tuesday (20 April).

The announcement comes after China and Russia distributed millions of doses of their domestic vaccines in the region, whose countries are candidates to join the EU, and months after the EU vaccine-sharing mechanism was set up.

“This must be taken as an extremely important sign that the EU and its member states do care about this region,” said Commissioner for Neighbourhood and Enlargement Olivér Várhelyi.

The deliveries of a total of 651,000 doses of BioNTech/Pfizer coronavirus vaccines will run from early May until August with monthly allocation to Bosnia, Albania, North Macedonia, Kosovo, Montenegro and Serbia.

The contracts stipulate that the doses are destined for healthcare professionals and vulnerable groups. When pressed by journalists if there are any guarantees that these groups will be the ones who actually get the jabs in a region with persistent systemic corruption issues, Commissioner Várhelyi said that he trusted the bloc’s partners.

“It is also in their interest to start the vaccination campaign with the health care workers so that the healthcare sector can stay up and running and can deflect the pandemic,” he added.

The EU is showing that it is “in the fight against the pandemic to their neighbours and partners in the region,” European Commission President Ursula von der Leyen tweeted.

Austria facilitated legal arrangements for the contracts, which take the form of a three-way agreement between Vienna, the Western Balkan country and Pfizer, but will not come from quota Austria’s vaccine quota.

“With this initiative we are showing that we are not leaving the region behind,” Austrian Foreign Minister Alexander Schallenberg said in an announcement.

Schallenberg, whose government faces growing public frustration with the slow pace of vaccinations in his own country, said the doses will not be taken away from Austria’s quota.

“There is absolutely no connection here to the provision of vaccines in Austria and in other member states,” he said.

The vaccines will be allocated from the joint procurement of jabs for the EU identified for sharing, financed through grants from the €70 million package announced by the Commission in December.

How many more vaccines will become available for sharing is still unclear but the EU executive expects more sharing will happen as vaccines become available with further deliveries, a spokesperson told EURACTIV.

Serbia, which has already vaccinated most of its medical workers partly thanks to the extra boost in vaccine supply by purchasing Russian and Chinese manufactured jabs, will be allocated doses for the most vulnerable groups.

Around 1.8 million people, or about a quarter of the population, have received their first dose in Serbia, with 17.8% of the population having been fully vaccinated as of 18 April, according to Ourworldindata. 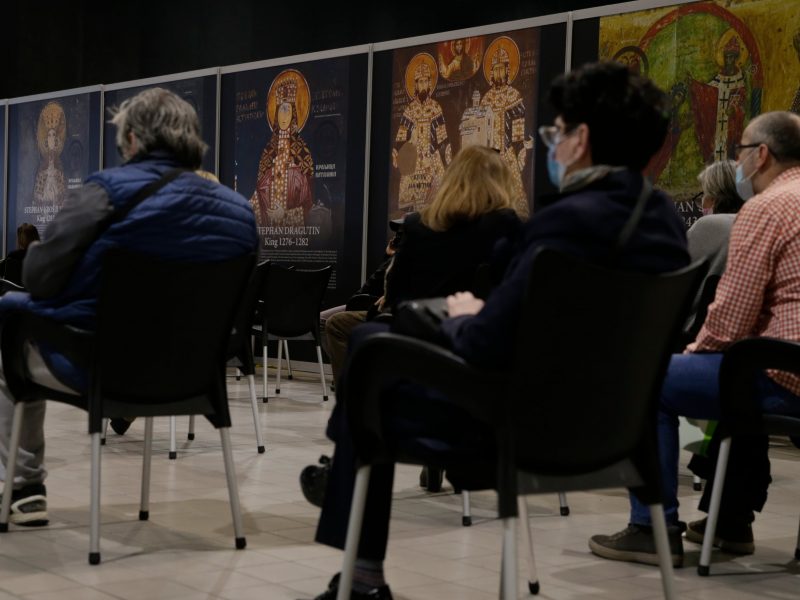 Elma jumped in her car with her mother and brother as soon as she heard that Serbia was offering free COVID-19 vaccines to foreigners, and made the five-hour trip from her home in Bosnia to queue up for a shot.

The EU’s extra jabs will come on top of the 258,600 doses the Western Balkan countries have received so far through the global vaccine distribution facility COVAX.

A further 580,800 doses are scheduled to arrive in the region of 17.9 million people by the end of May through the global mechanism.

The EU has already earmarked €3.3 billion to help the region’s struggling economies and to address immediate COVID-19 needs.

The EU was criticised earlier by leaders in the region for the slow roll-out of vaccine aid to its immediate neighbours that one day hope to join the bloc. 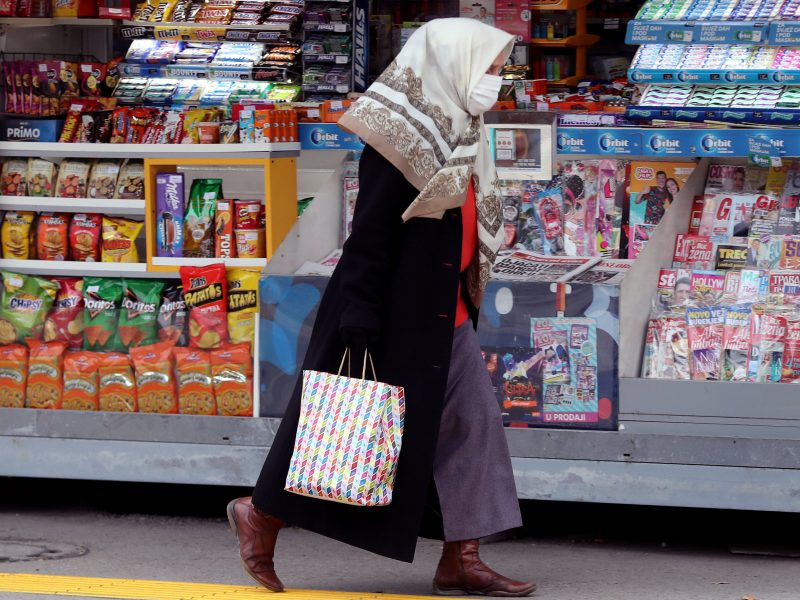