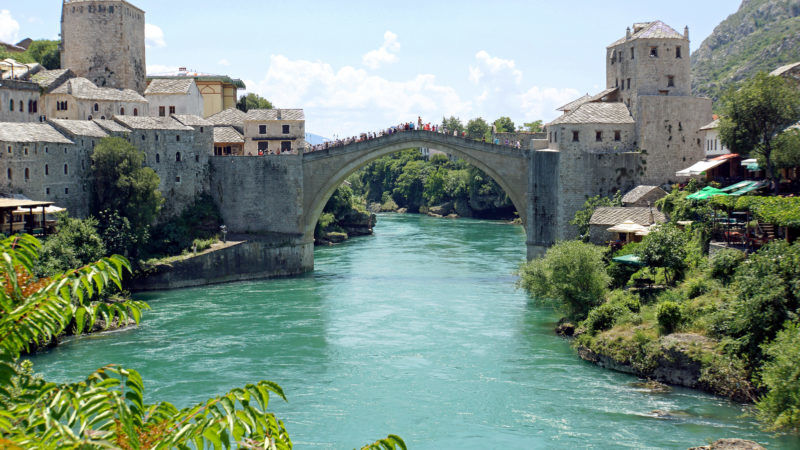 The EU is set to reconfirm its support for its Balkan candidates. [Dennis Jarvis/ Flickr]

European Union leaders will pledge “unequivocal support” for the Balkans today (9 March) in order to counter Russian influence and reinvigorate the region’s bid to join the bloc, diplomats said.

The leaders will make the promise at a summit dinner in Brussels in a reflection of the alarm in European capitals that the bloc’s plan to transform six Western Balkan states into thriving market democracies is at risk of collapse.

In a joint statement, the leaders will reaffirm the “unequivocal support for the European perspective of the Western Balkans”, according to a draft seen by Reuters.

Though the statement will not mention any country by name, it amounts to a commitment to the long-term EU membership aspirations of Albania, Bosnia and Herzegovina, Kosovo, Montenegro, Macedonia and Serbia.

Still scarred by wars fought in the 1990s along political, ethnic and religious lines, the Balkan countries are at various stages of reforms aimed at paving the way for membership.

Diplomats preparing the summit said leaders would not mention Russia by name publicly and they would not prescribe new EU policies for the Balkans. But they would concede that simply relying on the attractiveness of the EU for aspiring members was not enough to overcome political crises, corruption and divisions in the region.

“We have neglected the Balkans and now we see it is increasingly fragile,” said a senior EU diplomat who blamed the European Union for underestimating both the task of transforming the countries and Russia’s own search for influence.

Macedonia is mired in a political crisis, while Serbia does not recognise the independence of Kosovo, its former province, and accuses it of seeking a war with Belgrade.

In Montenegro, both pro-Western and opposition parties are boycotting the parliament following a recent vote in which they say people were intimidated to back the government.

Meanwhile in Bosnia and Herzegovina, a genocide lawsuit lodged against Serbia at the International Court of Justice has angered Bosnian Serbs as well as Belgrade.

“If we cannot deal with the Balkans, which is inside Europe, how can we claim to want to play a role in North Africa, in the Middle East and in Eastern Europe?” said a second diplomat.

Russia opposes the accession of Balkan states into the EU, refuses to recognise the independence of Kosovo, and strongly opposes Montenegro’s membership of the US-led NATO alliance, which is awaiting approval by Western allies.