By A group of ten former foreign ministers 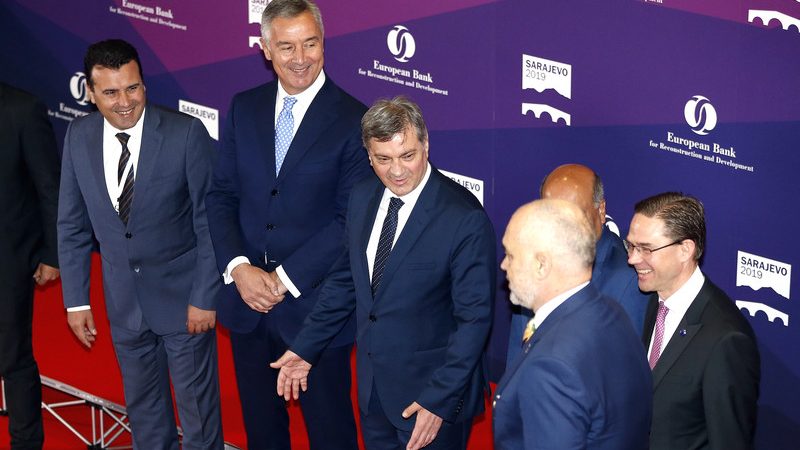 Trouble spots and tensions surrounding the European Union are continuing: Syria, Iraq, Libya, Ukraine, Eastern Mediterranean. In the south of the European Union, an arc of geopolitical instability is being formed and we must not allow it to expand, ten former foreign ministers warn in an open letter.

*The signatories are listed at the bottom.

Stability, democracy and prosperity in Southeast Europe are directly linked to the consolidation of the European project and the completion of the reunification of our continent with the accession of Western Balkan countries, a process that started 30 years ago.

The obstinate opposition to opening EU accession talks with Albania and North Macedonia, despite the recommendation of the European Commission and the will of the vast majority of the member states and European Parliament, has put in jeopardy the EU’s remaining influence on its own doorstep and its ability to shape strategic developments and stability in Southeast Europe.

This is a strategic mistake that helps consolidating the status quo in Western Balkans and EU inertia in an increasingly messy geopolitical map. The European Union’s duty is to contribute to the stability and security of South East Europe. Therefore it should consider Western Balkans accession to EU as a responsible policy rather than a burden.

Moreover, the opposition to start the accession negotiations with above-mentioned countries undermines the EU’s authority and credibility. For a region like the Western Balkans, which is struggling to strengthen rule of law and improve social and economic standards, membership process into EU remains indispensable.

However, it is the psychological impact of such talks and the transformative effects that are important for these countries’ feeling of being anchored to the EU. And above all, it is the issue of trust: Back in 2003, in Thessaloniki Summit, EU leaders promised these countries membership.

Under the current circumstances, guarantees given by the EU to the countries of the region will no longer matter. Therefore, it will become increasingly difficult to reach compromises, overcome bilateral disputes and unleash positive energy.

This is a precursor to domestic troubles in North Macedonia and Albania, which have too long relied on EU to support them. It undermines the negotiations between Serbia and Kosovo and strengthens the centrifugal forces in Bosnia & Herzegovina.

EU accession process in the Western Balkans is also a state-building process and by the same token a stabilizing process for the whole region. It is the key strategy for exercising EU’s global political influence.

The EU should assume its responsibilities by acting in a strategic manner. It is high time for the EU to overview with creativity and to put in perspective its role within the new international environment, so as to act independently in this environment and to enhance its foreign policy and defence capabilities.

We call upon EU to overcome divisions on this point. The accession process will go on for many years during which there will be enough time to reconcile the need for the EU’s further integration with the need for keeping the European perspective for Western Balkan countries alive.

Therefore, the opening of accession talks with North Macedonia and Albania, on the basis of their commitments, is imperative and should be agreed upon at the next EU Summit. At the same time, we call upon EU to present new instruments in the upcoming Zagreb Summit that will consolidate the EU accession path of Western Balkan countries.