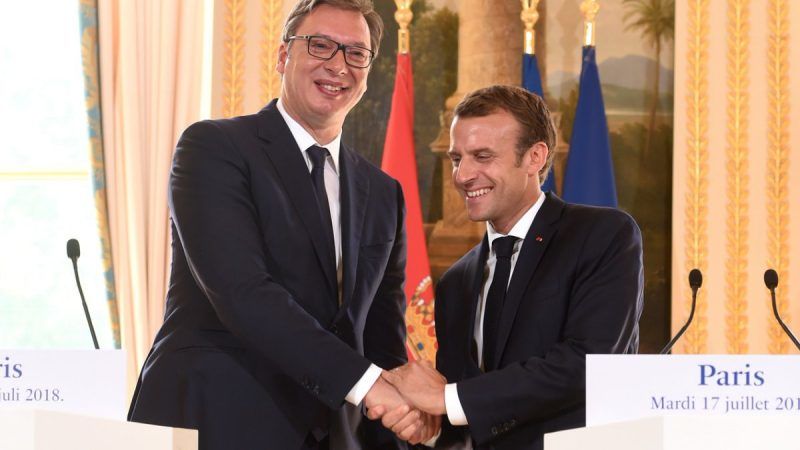 Paris wants to help Serbia solve its most delicate issues en route to the EU, French President Emmanuel Macron has told his Serbian counterpart. But Macron also said that both Serbia and the EU have to be reformed before any further EU enlargement. EURACTIV.rs reports.

Macron and Serbian head of state Aleksandar Vučić met in Paris on 17 July, and the French president gave his support to Serbia’s efforts in finding a compromise solution with Kosovar Albanians, according to Vučić.

Ten years ago, Kosovo declared independence, which Serbia, along with five EU member states, does not recognise.

As part of the EU-mediated dialogue in Brussels, Belgrade and Priština are negotiating the normalisation of relations and a binding agreement, which is a requisite for Serbia’s progress towards EU membership.

Speaking at a joint press conference, Macron said Serbia should not look at 2025 as an “automatic criterion” but should rather focus on reforms.

Under the EU’s new enlargement strategy, presented in February, 2025 is the possible accession date for Montenegro and Serbia, the two ‘frontrunners’ in the Western Balkans.

The Serbian president said he was aware that Serbia could not join the EU until it resolved the issues of Kosovo, the legal system and the rule of law.

“At this time, even if Macron says that Serbia is joining the EU, we will not join until we have solved our problems. Will we succeed, you know I’m not an optimist, but I will do my best to make it happen,” said Vučić.

Where Kosovo is concerned, the Serbian leader said he was also hoping for support from German Chancellor Angela Merkel and added that “then there is some hope”. At the same time, he warned that having a frozen conflict would cost Serbia its European prospects and investment.

Macron underscored that the EU is functioning poorly and a reform is necessary before admitting new members. He said there were many differences between the 28 member states and the EU needed to work at an intergovernmental level since member state positions have grown more distant.

Macron said France had come up with proposals for reforms concerning the budget, defence and strategic affairs and stressed that an EU reform was possible by 2025, after another round of European elections in 2024.

The French president thanked Belgrade for its help “regarding security, the fight against organised crime and illegal migration,” and said Serbia was “a necessary partner”.

Vučić and Macron also discussed a regional economic area in the Balkans, with the Serbian president pointing out that the creation of a single economic market was not a substitute for EU membership.

Vučić once again invited his French counterpart to visit Serbia. Macron is expected to come to Belgrade in November, in a first visit by a French president since Jacques Chirac came to the Federal Republic of Yugoslavia in 2001. 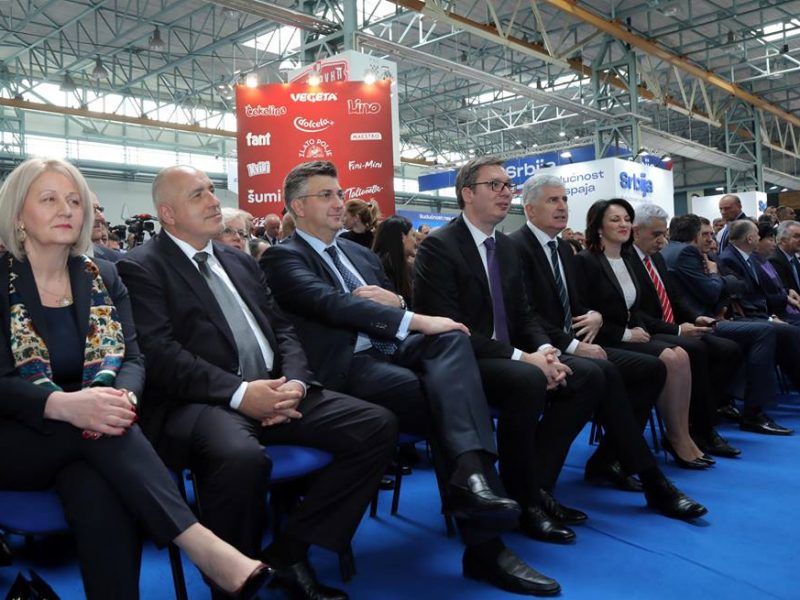