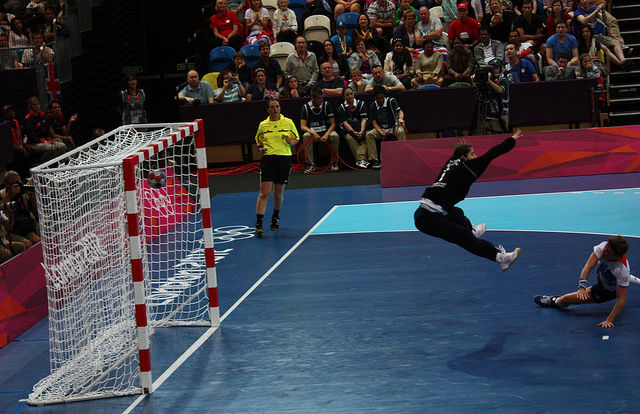 The Greek ministry of foreign affairs said on Thursday (3 August) that Macedonia violated a 1995 interim agreement after they started playing a handball match wearing jerseys with the name ‘Macedonia’ printed on them.

During the Women’s 17 EHF Championship in Skopje on Tuesday (2 August), the Greek national team left the court after 32 seconds of their scheduled match against the home team in protest at the fact that team officials were wearing clothing with the name ‘Macedonia’ displayed.

It excluded the Greek federation from further participation in the event and the Greeks were also fined €25,000 after their appeal was rejected.

The Greek ministry of foreign affairs reacted to the EHF’s ruling and backed the decision of the Greek handball team.

Athens stressed that Skopje violated the ‘interim agreement’ which was signed in New York in 1995 and formalised bilateral relations between the two countries.

It said that according to the agreement, the former Yugoslav Republic of Macedonia (FYROM) can only enjoy membership of international federations under its provisional name.

“Once again, it turns out that FYROM, after joining any international organisation, is trying to break the Interim Accord and impose its constitutional name,” the Greek ministry said in a statement.