Greece reassures Serbia its position on Kosovo has not changed 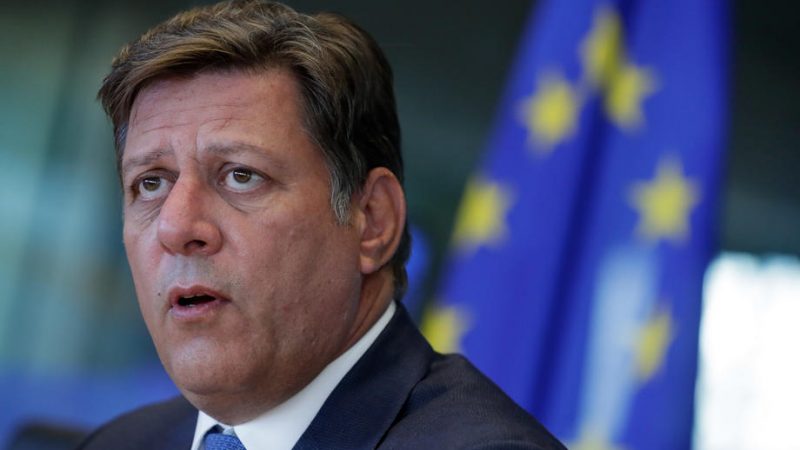 Greece will stick to its position of not recognising Kosovo’s statehood and has called on both Serbia and its former province to continue EU-facilitated talks, Alternate Minister of Foreign Affairs Miltiadis Varvitsiotis told EURACTIV Serbia in an interview.

Twenty-two of the 27 member states have recognised Kosovo, which gained independence from Serbia in 2008, as an independent state. Those that do not recognise Kosovo’s independence are Spain, Slovakia, Cyprus, Romania, and Greece.

In June, Athens decided to upgrade the status of Pristina’s trade office, raising eyebrows in Belgrade, which has seen Greece as a traditional Orthodox ally.

Serbian President Aleksandar Vučić described at the time the warming relations between Athens and Priština as “certainly not the best of news” for Serbia.

But Varvitsiotis has reassured Belgrade that Greece’s stance has not changed.

“Greece’s position regarding Kosovo’s status remains unchanged. At the same time, it is widely known that Greece has pursued a constructive approach towards Pristina, in line with our strategic goal for reinforced stability and security in the Western Balkans,” the conservative minister said.

Varvitsiotis said Greece has been hosting an Office of Trade and Economic Affairs of Kosovo in Athens since 2019, with the aim of facilitating bilateral cooperation.

“Without implicating status-related issues, we have recently decided to rename it as “Office of Interests of Kosovo in Athens,” he said.

The main reason Greece does not want to recognise Kosovo is the fear of a possible negative effect the recognition might have on Cyprus, whose northern part has been illegally occupied by Turkey since 1974.

Serbia has also been a traditional ally of Greece since the Balkan wars of the early 20th century.

Greece’s position has always been that it will eventually recognise Kosovo if Belgrade and Pristina come up with a commonly accepted solution – which is the EU aim in the Brussels-sponsored Belgrade-Pristina dialogue.

Varvitsiotis also backed the continuation of the dialogue, a series of EU-facilitated talks between the governments of Serbia and Kosovo launched in 2011.

“We firmly believe that the implementation of what has already been agreed remains crucial,” the Greek minister said.

“After the two recent meetings between President Vučić and Prime Minister Kurti last June and July in Brussels, it is critical that both sides intensify their work towards achieving a comprehensive, legally binding agreement, in accordance with the international law and the EU acquis,” he said.

Serbia, an EU candidate since 2012, and Kosovo, which has yet to apply for membership, are currently conducting another round of talks in Brussels.

“The two sides are expected to discuss current issues and the next steps in the dialogue,” EU spokesperson Peter Stano said earlier this week.

Achieving a mutually agreed ‘comprehensive agreement’ to regulate their political and economic relations is a key requirement for both countries to advance their EU membership prospects.