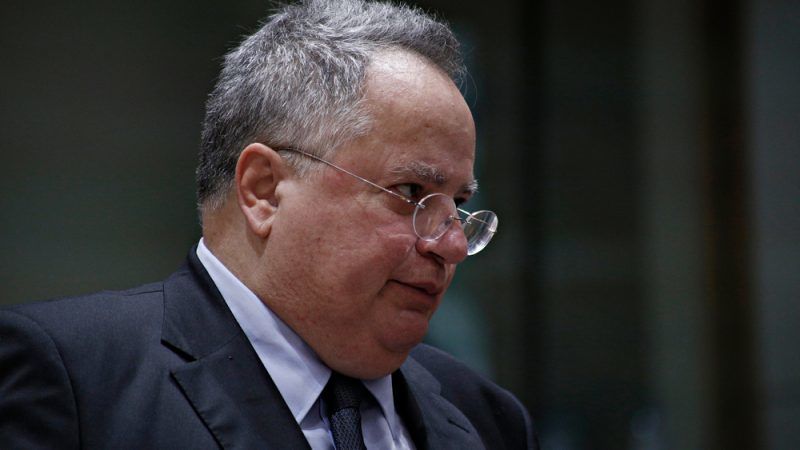 Greek media reported that it’s the biggest crisis the coalition government has ever experienced up-to-date. [Shutterstock]

“I will allow no one to derail the country’s progress,” Tsipras said referring to the fact that Greece exited the painful bailout programme in August.

Following a heated debate on Tuesday between Kotzias and the head of the junior coalition partner, Defence Minister Panos Kammenos (Independent Greeks), Kotzias resigned today stating he had not received the support he expected from the Greek premier.

Tsipras took on board the Independent Greeks, a small right-wing populist force, when he formed his government in 2015, in order to secure a majority.

Kotzias is a skilled diplomat with a leftist political background.

Greek media commented that this development is the biggest crisis the coalition government has experienced up-to-date.

Reportedly, Kotzias felt offended when Kammenos, who opposes a name change deal recently reached between Athens and Skopje (the so-called Prespa Agreement, after the name of the lake where it was signed), accused Kotzias of managing “secret funds”.

Kathimerini newspaper quoted sources as saying that Kotzias was really insulted by the attacks from Kammenos, who called him a “Soros man”, a reference to George Soros, a Hungarian-born US investor and political activist who is considered ‘an enemy’ in several European countries.

“The train progresses steadily and will reach its destination. Anyone who does not want to reach this destination or who finds it difficult on the way can descend,” Greek government spokesperson Dimitris Tzanakopoulos said earlier in the morning.

At Tuesday’s meeting, Kammenos made clear his opposition to the name change deal, but stressed, “I will never take part in the [opposition] efforts to overthrow the government.”

The government issued a statement saying Tsipras had accepted Kotzias’ resignation and would personally take over the ministry of foreign affairs “to assist with all his efforts in the successful conclusion of the Prespa Agreement”.