European Commission President Jean-Claude Juncker offered interesting comments on present-day leaders of Central Europe to mark the 15th anniversary of the 1 May 2004 accession of 10 countries, known as “the big bang”.

This wave of enlargement, known as “the big bang”, was followed by the lower key accession of Bulgaria and Romania in 2007 and of Croatia in 2013.

In the meantime, the EU lost appetite for further enlargement and Juncker himself said further accessions were not on the agenda when he took office in 2014.

Deep East-West divisions appeared during the refugee crisis of 2015-2016 when Poland, Hungary, the Czech Republic and Slovakia refused to share the burden of refugees.

Moreover, Hungary embarked in an “illiberal” authoritarian path, while the ruling ultraconservative party in Poland took measures to consolidate its power by infringing on the independence of the judiciary.

Asked about the ups and downs in the past 15 years regarding the attitudes of Central and Eastern Europe towards the EU, Juncker admitted that there were hiccups, but insisted that his expectations were largely met and that the economic situation in those countries had greatly improved.

“We have to appreciate the fact that [the new members] often implemented bold reforms. Their economic growth is really remarkable. I will never be one of those people who cast aspersions on the decision to enlarge the EU,” Juncker said.

For Juncker, expectations from the 2004 enlargement have largely been met.

“Not for a single second have I regretted the decision to simultaneously put ten countries back into the heart of Europe. I have always believed that this was a great moment and a unique opportunity offered to us in history.

“The courage of the Eastern Europeans paved the way to reconciliation of the geography and history of our continent. This is why I continue to be a great advocate of enlargement!”

Asked if decision-making had become more difficult at 28, the veteran politician made it clear that the number of EU members was not an issue.

“I first experienced the workings of European integration in December 1982 as a young minister. There were ten member states back then. Is the decision-making more difficult with 28? Not at all. It was difficult with any number of members.

“I am not disappointed by the enlargement in any way. We have learnt a lot from the new member states,” Juncker said.

The former Prime Minister of Luxembourg also offered interesting comments on some of the current leaders of Central European countries. Asked if he had made a mistake by calling Viktor Orbán a dictator in public, in May 2015, he said:

“In private, I’ve been calling Orbán a dictator for years. He’s always laughed about it. On the occasion in question, at the summit in Riga, there were microphones in front of us. I greeted him in a humorous manner, the way I always do. Personally, I have good relations with him.

“I have a lot of respect for Viktor Orbán. I admired the courage that he displayed when resisting communism at a time when Soviet forces were still stationed in Hungary. I have always considered him a hero. But we do differ in certain aspects.”

Who is a democrat?

Asked whether he considered Orbán a democrat, Juncker gave a long answer, mentioning the need for effective “checks and balances” in a healthy democracy.

“Who is a democrat? Is it someone who was elected by the voters? No, that won’t do, since even when you have a large majority, you have no right to ignore those who didn’t vote for you. As the Prime Minister of Luxembourg I never thought that those who didn’t vote for me had no rights. Of course they did, since they are citizens of the same country, even though they are in the opposition. In every country, there has to be a system of checks and balances.”

Jumcker was also asked if Jarosław Kaczyński,  the leader of Poland’s ruling PiS party, was a democrat. In his answer, he expressed frustration at Kaczyński’s refusal to meet with him.

“The last time I met him was in 2005 at the NATO summit in Helsinki. He was Prime Minister at the time. Afterwards, I met his brother on many occasions [President Lech Kaczyński, who died in a plane crash in 2010]. No further opportunities to talk to Jarosław Kaczyński have presented themselves, despite my requests to meet with him. I sent a special representative who spent four hours in talks with Mr Kaczyński and his closest collaborators,” Juncker said.

Journalists again asked Juncker whether Jarosław Kaczyński refused to talk to him. The Commission President repeated: “He never answered my request for a meeting”.

The focus of the interview then turned to Czech Prime Minister Andrej Babiš, who is suspected of fraud with EU money, and accuses the EU’s anti-fraud office OLAF of conspiring against him. 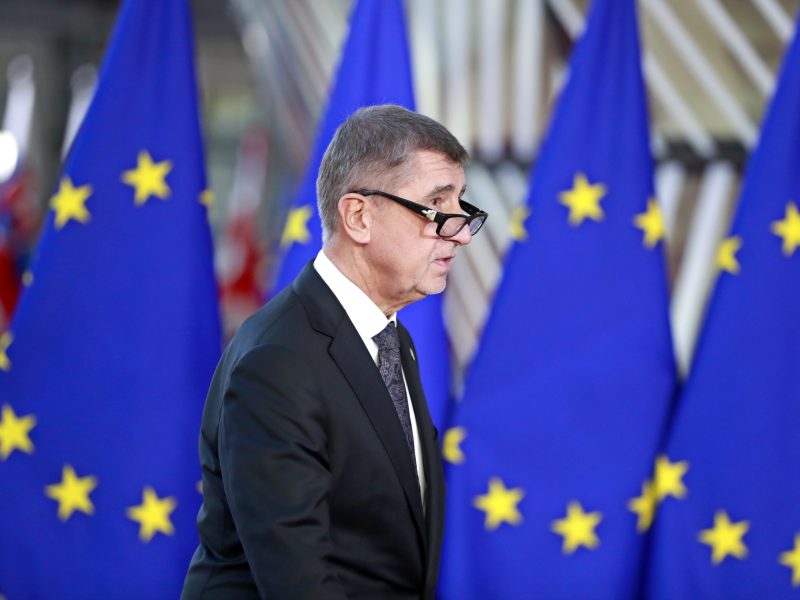 About Babiš, Juncker said: “It really is not acceptable and, mainly, it isn’t true. From time to time OLAF even criticises the European Commission for various things. I never attack OLAF though, because it’s an independent body. Its role is to investigate, and the Commission can also be the subject of an investigation. If OLAF criticised the Commission, would I say that it was acting against Europe and had been infected by the influence of foreign powers trying to destroy the European Union? I would not. In this Czech case we have decided to block the flow of money to the companies under investigation. The case will be cleared up in accordance with the rules we have.”

The Commission President was also pressed to comment about Slovak journalist Ján Kuciak, who was investigating a mafia case before he was murdered. Juncker admitted “a serious corruption problem in Slovakia”. He added “We are fixing it. But I would never say that the Slovaks are corrupt”.

During the discussion Juncker disclosed at least one secret: that he had rejected six candidates for Commissioners, including from countries of Central and Eastern Europe. Asked subsequent questions, he said that the candidate-commissioners concerned were not from Poland or Hungary. He added: “If I had wanted to go public with this, I would have done so a long time ago.”

Journalists also disclosed that few people realise how deafening the wind is at the 13th floor of the Berlaymont, where Juncker’s office is located.

Here’s the description by a Czech journalist: “This detail shows that rather than residing in a sumptuous palace, the European Commission has its seat in an austere administrative building. Juncker’s office is also modestly furnished. Among the hundreds of books arranged along the longest wall, we can also find ‘Faces’ by the photographer Herbert Slavík. As usual, Juncker has some jokes to tell, most of which are about himself. He is known as someone who likes a tipple. We are conversing over lunch, but there’s no trace of alcohol.”