File photo. Prime Minister of the Republic of Kosovo Ramush Haradinaj waits in front of the government building for the arrival of his Macedonian counterpart Zoran Zaev (not in picture) in Pristina, Kosovo, 12 December 2017. [Valdrin Xhemaj/EPA/EFE]

Its retaliation, which was criticised by the European Union, also required authorities to remove or prevent from entering any goods that did not address Kosovo by its constitutional name, Republic of Kosovo, which Serbia and Bosnia do not recognise. 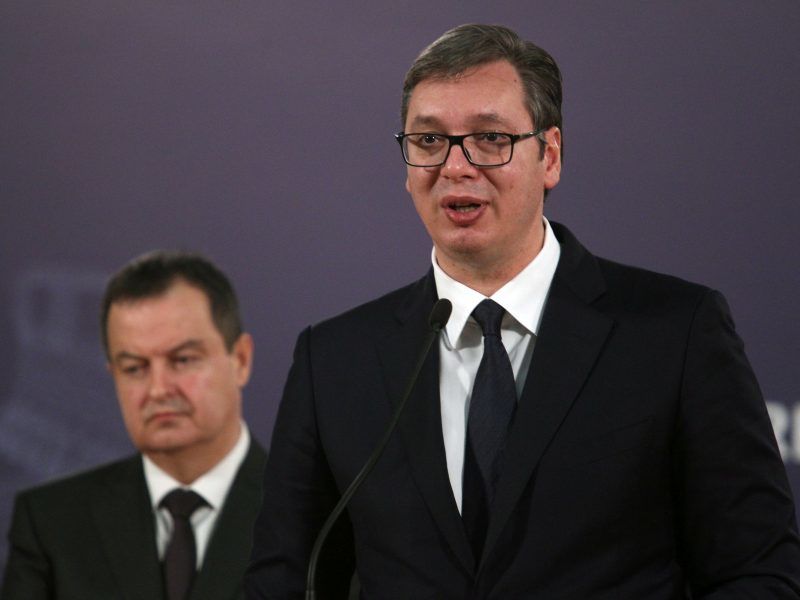 Serbian President Aleksandar Vučić said on Tuesday (20 November) that the rejection of Kosovo’s Interpol membership application was a success of Serbia – “a small, defiant and proud country”. EURACTIV Serbia reports.

“This will halt any trade between Serbia and Kosovo,” Serbia’s Trade Minister Rasim Ljajić said.

Bosnia, Kosovo and Serbia – along with Albania, Montenegro and Moldova – are part of the Central European Free Trade Agreement (CEFTA) set up to help ex-communist states harmonise their economic and legal systems with EU demands.

The EU’s foreign policy chief, Federica Mogherini, said Kosovo’s move was a clear violation of CEFTA and of the spirit of the Stabilisation and Association Agreement between the European Union and Kosovo.

“The Kosovo government has to immediately revoke these decisions,” Mogherini said in a statement.

Statement @FedericaMog on the Kosovo Government decision on taxing goods from Serbia and Bosnia and Herzegovina https://t.co/6lw4aXYJPa

Two weeks ago Kosovo imposed a 10% import tax on goods coming from Serbia and Bosnia. The European Union has urged Pristina to reverse that decision. 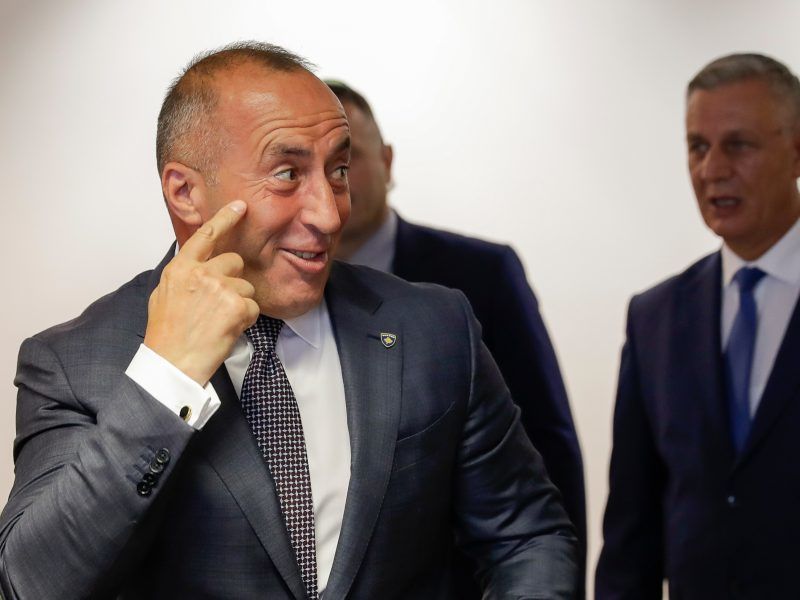 Kosovo’s mostly ethnic Albanian population declared independence from Serbia in 2008, a decade after a NATO bombing campaign to end the killing of Albanian civilians by Serb forces during a two-year insurgency.

It is now recognised by more than 110 nations but not by Serbia, Russia or five EU states. Belgrade and Moscow have blocked Kosovo from joining the United Nations.

In 2013 both countries agreed to an EU-sponsored dialogue to resolve outstanding issues, but little progress has been made.

Kosovo blamed a campaign by Serbia for its failure to join Interpol and said Serbia was against normalizing relations, key for both countries if they are to join the European Union. Bosnia also voted against Kosovo’s membership.

“The government has decided to impose a tax of 100% on imported goods coming from Serbia and Bosnia,” Prime Minister Ramush Haradinaj said.

Today #Kosovo imposed a measure of a 100% on imported products with origin from #Serbia & #BiH, exempting international brands. #Kosovo will also block all products that do not refer to #Kosovo’s official constitutional name in its label.