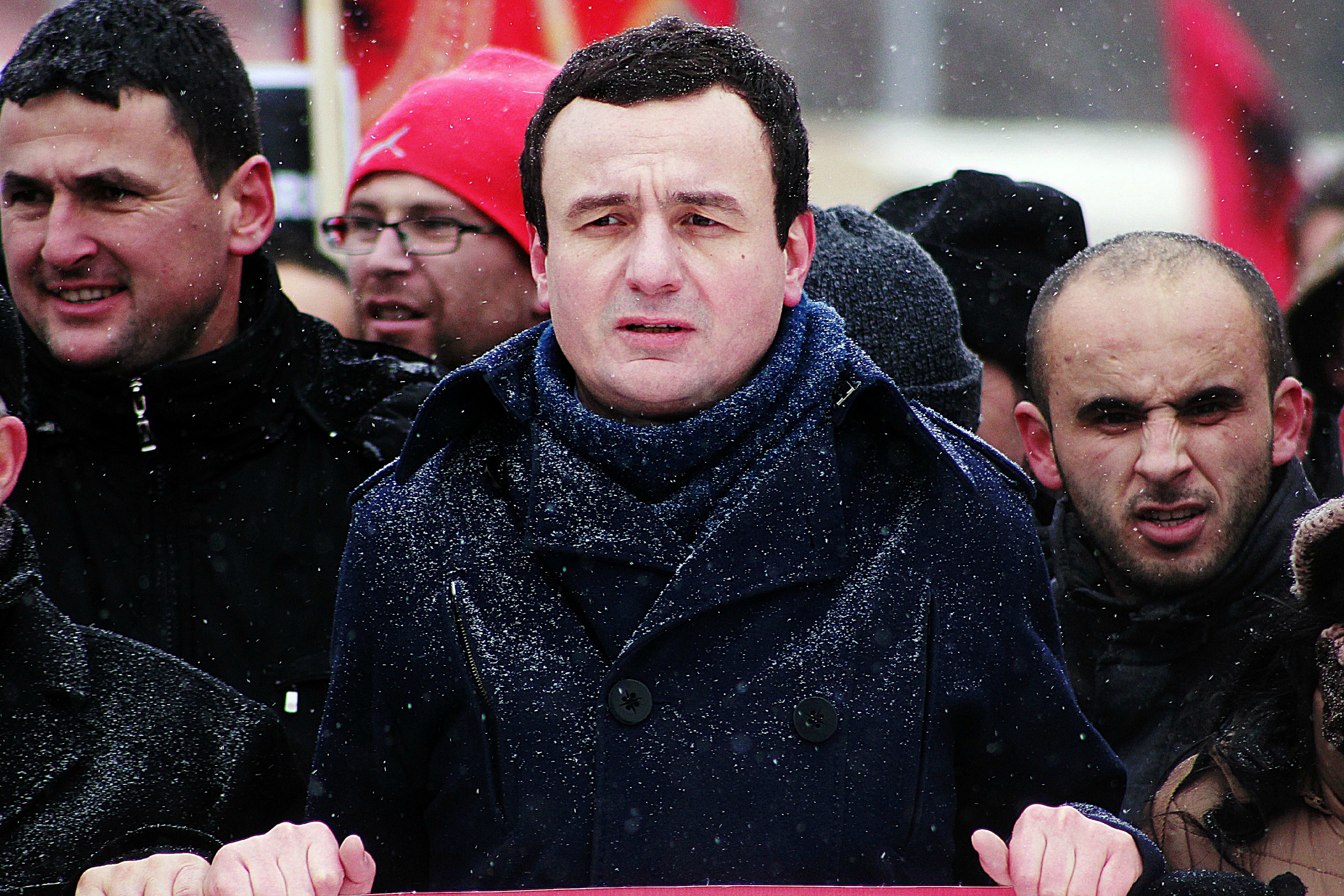 Protesters and police fought running battles in Kosovo yesterday (12 October) after the arrest of a prominent opposition politician behind a campaign to overturn an EU-brokered landmark deal with Serbia.

Cloud of teargas filled streets in central Pristina as police drove back several hundred protesters lobbing stones and concrete at the main police station to demand the release of Albin Kurti, a member of parliament and founder of the opposition’s Self-Determination party.

Kurti was later released. His arrest followed an incident in parliament last week in which Kurti opened a tear gas canister, forcing the evacuation of MPs in protest at a European Union-brokered deal to give more local powers to Kosovo’s ethnic Serb minority.

>>Read: After 7 years of independence, Kosovo will get telephone code

Kosovo declared independence in 2008 with the backing of the West, almost a decade after NATO undertook 11 weeks of air strikes to halt the killing and expulsion of ethnic Albanian civilians by Serbian forces trying to crush a guerrilla insurgency. It has been recognised by over 100 countries, but not by Serbia or Russia.

The EU sees the 2013 deal, still being implemented, as a way to cement stability in the former Yugoslavia, but Kurti – who was jailed by Serbia for agitating against Belgrade’s rule of majority-Albanian Kosovo during the 1990s – says it represents a threat to Kosovo’s hard-won sovereignty.

As the violence subsided, Kurti appeared outside parliament to address supporters, accusing police of “being in the service of daily politics”.

“I call on you not to stop until we prevent the creation of the ‘community,'” he said, in reference to an association of ethnic Serb municipalities in Kosovo that will have greater control over local affairs.

Kurti’s party, which he no longer formally leads, has been disrupting the work of parliament in protest at the accord. Last Thursday, he calmly opened a teargas canister on the floor of the assembly, kicking it around and causing two deputies to faint.