Kosovo’s newly elected government has removed all trade barriers for goods produced in Serbia, paving the way for a resumption of talks with Belgrade on an agreement that could enable the tiny Balkan country to get United Nations membership.

After just three days in office, Prime Minister Avdullah Hoti said his country had acted in accordance with demands from the United States and the European Union.

“We are ready to immediately sit at the dialogue table,” Hoti said after a government meeting on Saturday (6 June). “Now we expect the same thing from the Serb side.”

Hoti said he expected Serbia to stop its campaign against Kosovar independence, which is focused on convincing various countries to withdraw recognition of Kosovo and block its membership of international organisations.

European Union-sponsored talks between Belgrade and Pristina came to a halt in November 2018 when Kosovo introduced a 100% tax on goods produced in Serbia.

The government of Hoti’s predecessor, Albin Kurti, removed the tax, but introduced other restrictions on trade, a move that angered the EU and United States – the most vocal international backers of Kosovar independence. 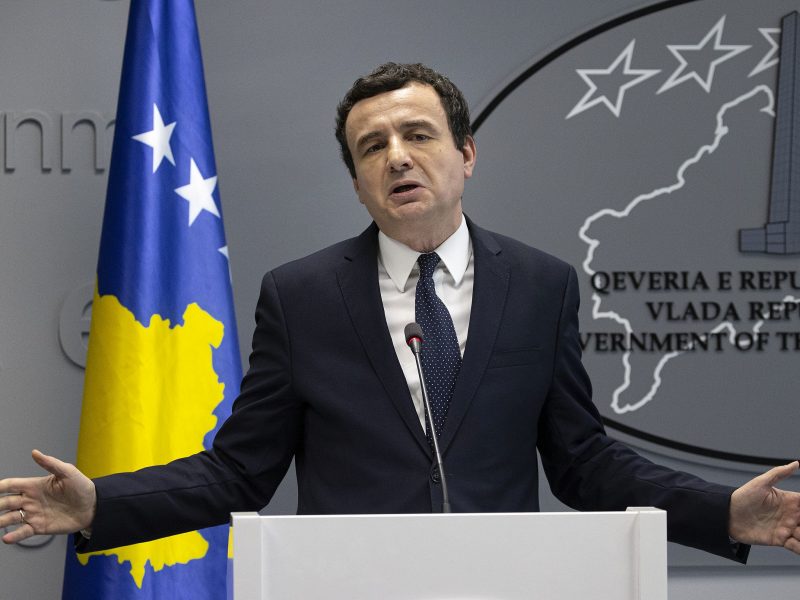 The outgoing Kosovo Premier Albin Kurti has said that the Kosovo government has decided to annul tariffs on imports from Serbia and Bosnia and Herzegovina. But the head of the Serbian government’s Office for Kosovo, Marko Đurić, says that this is fake news and urged the public not to fall for it.

Reacting to the government’s decision, Kurti said the move was in “Serbia’s service.”

The United States, Kosovo’s biggest supporter both politically and financially, said it would unfreeze around $50 million in economic aid that had been blocked due to Pristina’s refusal to lift the tariffs.

The aid will come via the Millennium Challenge Corporation or MCC, a US government foreign assistance agency.

Kosovo, where Albanians account for 90% of the population, declared independence from Serbia in 2008, nearly a decade after NATO bombed Serbia to halt the killing and expulsion of Albanians in Kosovo during a two-year counter-insurgency.

Serbia, together with its traditional ally Russia, has been blocking Kosovo’s membership of international organisations, including the United Nations.

A deal on mutual recognition between Kosovo and Serbia is also a pre-condition for Belgrade to join the EU.

Kosovo’s independence is recognised by more than 110 countries, but not by several nations including Russia, China and Serbia, which still considers it part of its territory.

“Whatever agreement we reach it is not going to be favourable for us (Serbia) but we are going to try and find the least unfavourable solution,” Serbian President Aleksandar Vučić told Belgrade Prva TV on Saturday.