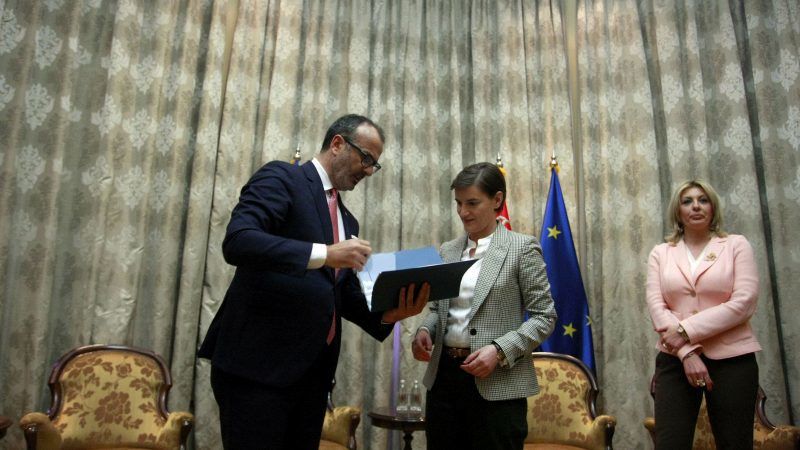 The European Commission’s latest enlargement report has acknowledged Serbia’s progress in the fight against corruption and organised crime and its growing role in regional cooperation, but also highlighted a lack of improvement in the freedom of speech and media.

The findings of the report, published on April 17, confirmed that in order to progress towards EU membership and possibly joining the bloc in 2025, Belgrade needs to normalise relations with Kosovo but also implement numerous reforms, particularly in the judiciary and public administration.

2025 is the earliest possible date envisaged by the new enlargement strategy presented in February.

Serbia needs to do much more to enhance the independence and efficiency of its judiciary, the report said and singled out the need for a reform of the tax system and administration.

One field in which Serbia has made no progress since November 2016 is freedom of expression. Highlighting it as a matter of increasing concern, the Commission pointed out the political and economic influences contributing to self-censorship, but also the threats,  intimidation of and violence against journalists.

The Commission called on Serbian authorities to publicly condemn hate speech and threats to journalists, which they have failed to do so far.

The report also states that the media laws are not yet fully implemented and that greater transparency of media ownership and financing needs to be ensured.

However, Serbian Prime Minister Ana Brnabić told a news conference after the report was made public that she did not “exactly understand the problems pertaining to media freedom”.

Brnabić said the findings of an international mission of the European Federation of Journalists, which visited Belgrade earlier this year to look into media freedom, had been better than the ones in the EC report

The report also noted that Serbia had not aligned with the EU’s restrictive measures pertaining to Russia and Ukraine. Some progress registered in that area refers to the fact that Serbia has begun reviewing security and defence strategies and implementing the Law on International Restrictive Measures.

As for Kosovo, which declared independence 10 years ago, the report said Serbia needs to deepen its engagement in the EU-sponsored dialogue with Kosovo, including the implementation of all agreements, especially the one on energy.

The government in Belgrade says it has met all obligations from the Brussels Agreement, reached exactly five years ago, and claims that Priština has not formed a Community of Serb Municipalities in Kosovo, as agreed.

The report does not provide a deadline by which Belgrade and Priština are to reach a legally binding agreement on the normalisation of relations.

Serbia became an EU candidate in 2012, and launched accession talks in January 2014. It has so far opened 12 of the 35 negotiating chapters and temporarily closed two.

Jadranka Joksimović, the Minister of European Integration, said she expected Serbia to open “more than two chapters” at the next negotiating round. According to an earlier statement, Serbia has prepared its negotiating positions for five more chapters.