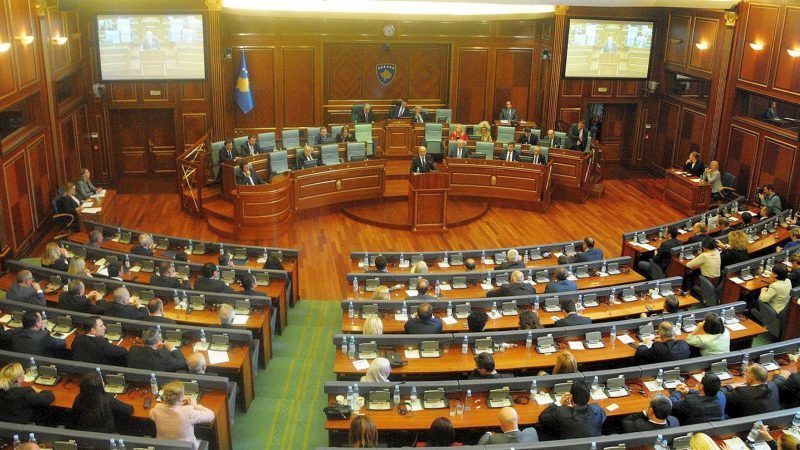 Serbian President Aleksandar Vučić and his Kosovar counterpart Hashim Thaçi publicly mentioned a possible land swap last month, as an idea that might come up in the final phase of the talks, which the Commission is keen to sign, seal and deliver before its mandate ends in late 2019.

The Commission gave it cautious support – warning, however, that it should not be a blueprint for other conflicts – but many observers and diplomats said it could open a Pandora’s Box in the Balkans and lead to new conflicts.

The announcement triggered a political crisis in Kosovo, Serbia’s former province that declared independence in 2008. Kosovo’s prime minister, Ramush Haradinaj, immediately opposed the idea of a land swap and moved to create a separate negotiating team, seeking to marginalise Thaçi.

Two sessions were held in the Kosovo parliament this week – one requested by the government and the other called by the opposition.

The former’s aim is to approve the forming of a Kosovo negotiating team for the dialogue with Serbia and the latter’s is to adopt a resolution banning President Thaçi from discussing the border issue with Belgrade.

For Serbia – an EU candidate country with 14 negotiating chapters opened – the normalisation of relations with Kosovo is one of the key conditions for progress on the road to membership of the EU.

After a recent meeting of Kosovo’s premier and president, the cabinet decided to form a negotiating team for the dialogue with Serbia. The government on Monday appointed Deputy Premier Fatmir Limaj as the head of the team, which will include senior politicians, opposition, experts and civil society representatives.

But parliament’s session meant to rubberstamp the new negotiating team has dragged on this week, with no end in sight. If the final approval is not made in time, Thaçi will probably attend Friday’s round of dialogue in Brussels alone. His office has said Friday’s topic will be ways to reach a final agreement with Serbia.

The timing of a separate motion that seeks a resolution banning Thaçi from discussing borders is also uncertain.

Thaçi has said the border redrawing – which would include merging the Preševo Valley in southern Serbia with Kosovo, while ceding parts of northern Kosovo to Serbia – is not a division of Kosovo, but rather the correction of an injustice that was done to Kosovo.

In view of the growing opposition in Kosovo, nothing much is likely to happen in Brussels on Friday and the dialogue, said to be at its final stage, will last longer, at least until the negotiators of both sides have full support at home.

Upon returning from Brussels, Vučić will visit Kosovo on 8 and 9 September, where he will reveal how the dialogue with Kosovo is unfolding and offer a framework – if any – for resolving the Kosovo issue.