Kosovo’s President Hashim Thaçi resigned with immediate effect on Thursday (5 November) after learning that the Kosovo war crimes tribunal had confirmed his indictment for war crimes.

“I resign today from the position of president,” Thaçi told a news conference in the Kosovo capital Pristina, adding that his sources had informed him that the judge at the Kosovo Specialist Chamber in The Hague had confirmed his indictment.

“He will not allow me to appear before the court as president, therefore, in order to protect the integrity of the state, I resign today,” Thaçi said.

In July, Thaçi, who was the senior commander of the Kosovo Liberation Army (KLA) guerrilla group, met the prosecutors in The Hague to discuss alleged war crimes and crimes against humanity during Kosovo’s 1998-99 uprising against Serbian rule.

Prosecutors contend that Thaçi is responsible for nearly 100 murders of civilians during the war. He denies any wrongdoing.

In the region, Thaçi is known from the war times as “the Snake”.

He said that the head of Kosovo parliament Vjosa Osmani will be acting president until a new one is elected.

Thaçi added that despite the war crime charges no one can distort history, stating that Serbia was the aggressor and Kosovo the victim during the 1998-1999 war. He called on citizens to avoid any form of public gathering in his support to avoid any misunderstanding. “This is not a farewell, but a see you later,” Thaçi said.

The President of Kosovo is elected by the Parliament of Kosovo by a secret ballot. A political fight is expected to start among coalition parties for the highest position in Kosovo.

On 24 June the Specialist Prosecutor’s Office said it had indicted President Thaçi, former parliamentary speaker Kadri Veseli and several others for murder, enforced disappearances, persecution, and torture. As a result, a planned meeting of Thaçi with the Serbian President Aleksandar Vučić in Washington was cancelled.

Earlier on Thursday, Veseli, himself also an ex-commander of the KLA, confirmed that an indictment has also been filed against him and that he will travel to the Hague today. In addition to Thaçi and Veseli, the Specialist Chambers has confirmed indictments against ex-KLA spokesperson, Jakup Krasniqi, and ex-KLA commander and current MP Rexhep Selimi. They were all members of the KLA’s General Headquarters.

On Wednesday, Krasniqi was arrested in Pristina and transferred to the court in The Hague. 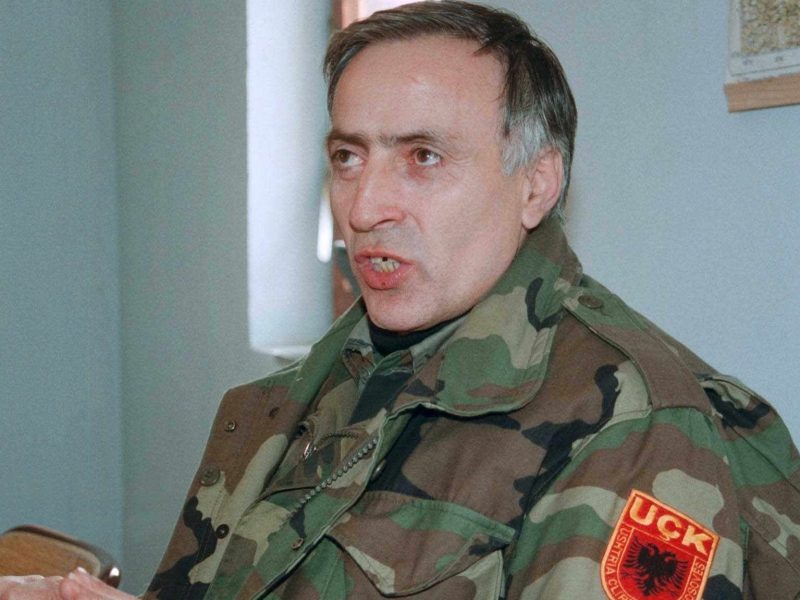 A former ethnic Albanian rebel spokesman and Kosovo politician has been arrested in Pristina and transferred to a court in The Hague set up to probe war crimes during the 1990s Kosovo conflict.

“Jakup Krasniqi was arrested today and transferred to …

Announcing the indictment, the Specialist Prosecutor’s Office accused Thaçi and Veseli of repeatedly having tried to “obstruct and undermine” the court. The two “are believed to have carried out a secret campaign to overturn the law creating the Court and otherwise obstruct the work of the Court in an attempt to ensure that they do not face justice,” a prosecution statement said.

The Specialist Chamber was set up in The Hague in 2015 to handle cases of alleged crimes by KLA guerrillas during the war that led to Kosovo’s independence from Serbia a decade later.

The court is governed by Kosovo law but is staffed by international judges and prosecutors.