Macedonia’s ruling Social Democrats claimed victory in municipal elections on Sunday (15 October), signalling large-scale support for the new government that has pledged to speed up the small Balkan country’s accession to NATO and the European Union.

Victory secured the Social Democrats the backing to implement their pro-Western policies, which the nationalists see as damaging for the state and its citizens.

Zaev took office in May, nearly six months after December elections, ending a two-year political crisis over a wiretapping scandal that brought down the previous government.

His coalition deal with parties representing ethnic Albanians, who make up nearly one third of the country’s population, angered nationalists, who stormed the parliament in April after an ethnic Albanian was elected parliament’s speaker.

VMRO-DPMNE, the single biggest party in the parliament, questioned the regularity of the vote.

During the campaign, Zaev said: “Macedonia will be the 30th member of NATO and will start (membership) negotiations with the EU.” He also pledged to make progress in talks with Greece over a name dispute.

Greece has blocked Skopje’s efforts to join the EU and NATO, saying the name Macedonia implies a territorial claim to its own northern province of the same name. But Zaev has signalled that talks could lead to a solution. 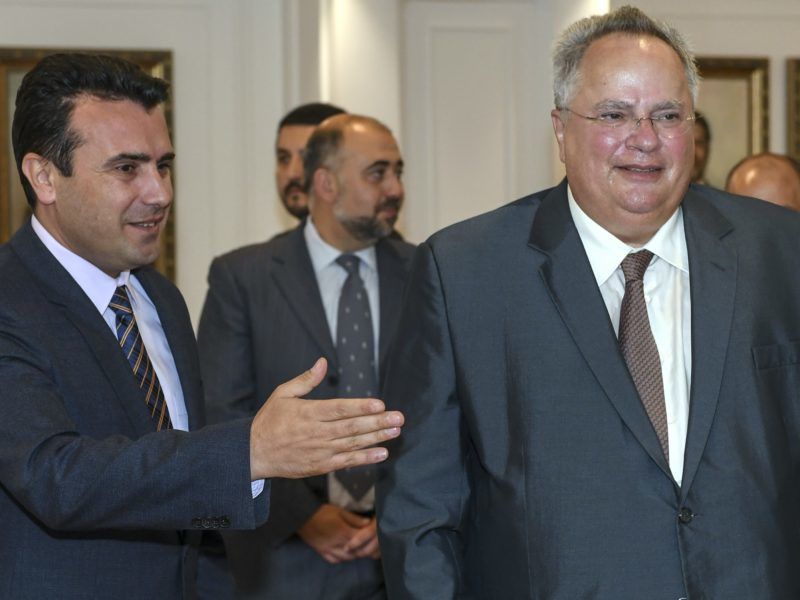 Macedonia says 'big step' made in name row with Greece

Macedonia, an ex-Yugoslav republic of about 2 million people, declared independence in 1991 and avoided the violence that accompanied the breakup of Yugoslavia.

It was later rocked by an insurgency among its large ethnic Albanian minority that almost tore the country apart in 2001.