Considering the advanced talks on the long-standing name dispute between Skopje and Athens, the move was seen as of high political importance. [Shutterstock]

The Macedonian Orthodox Church has asked to go back to the Ecumenical Patriarchate, seen as the mother church of Eastern Orthodoxy, and lose the term “Macedonia” from its name.

Greek press reports suggested that it signals another shift towards clinching a political solution to the long-standing name dispute between Skopje and Athens. Leaders of both countries point out that a deal is closer than ever before on the name dispute that has effectively blocked Skopje’s efforts to join NATO and the EU.

Greece, which is also predominantly Orthodox, objects to the name Macedonia because it has a northern province of the same name.

“It is a solution to a church issue[…] it was a serious matter that made negotiations difficult. Such a solution allays the fears of the Church of Greece as well,” Greece’s Deputy Foreign Minister Yiannis Amanatidis commented on the church request.

The Macedonian Orthodox Church–Ohrid Archbishopric is the church of the former Yugoslav Republic of Macedonia (FYROM), which had been subject to the Ecumenical Patriarchate until the 1930s.

In its announcement, the Ecumenical Patriarchate, based in today’s Istanbul, confirmed that it had received the request in a letter signed by FYROM Prime Minister Zoran Zaev, who needs as many allies as he can find to keep the nationalist opposition at bay.

The letter requested that the Church of Macedonia join Ecumenical Patriarchate of Constantinople under the name “Archbishopric of Ohrid”, giving up the term “Macedonia”.

The Church of Macedonia belonged to the Serbian Patriarchate until 1967, when it declared its self-rule and was therefore characterised as schismatic.

Talks between Skopje and Athens have made significant progress only after Zaev became prime minister last year. Both sides have expressed their will to reach a deal before the EU summit on 28 June and the NATO summit on 11 July.

Athens says the talks are at an advanced stage but insists there has been no deal so far.

Zaev says the two sides are close to a deal, which first needs to pass through the country’s parliament and then be approved by Macedonian citizens in a referendum.

In a statement published on Wednesday, the office of Greek Prime Minister Alexis Tsipras stated: “Greece’s position is always clear: a prerequisite for a solution and the integration of FYROM in NATO and the EU is an agreement for a compound name with a geographical or time qualifier for use against everyone (erga omnes).”

The Skopje government might be okay with an “erga omnes” solution, however, this is not the case for the country’s President Gjorge Ivanov, who is an ally of the previous government led by the nationalist centre-right VMRO-DPMNE, an affiliate of the European People’s Party (EPP). He is also seen as pro-Russian.

“Ivanov does not accept a solution to the issue of the all-purpose or erga omnes name,” the country’s presidency said in a statement. 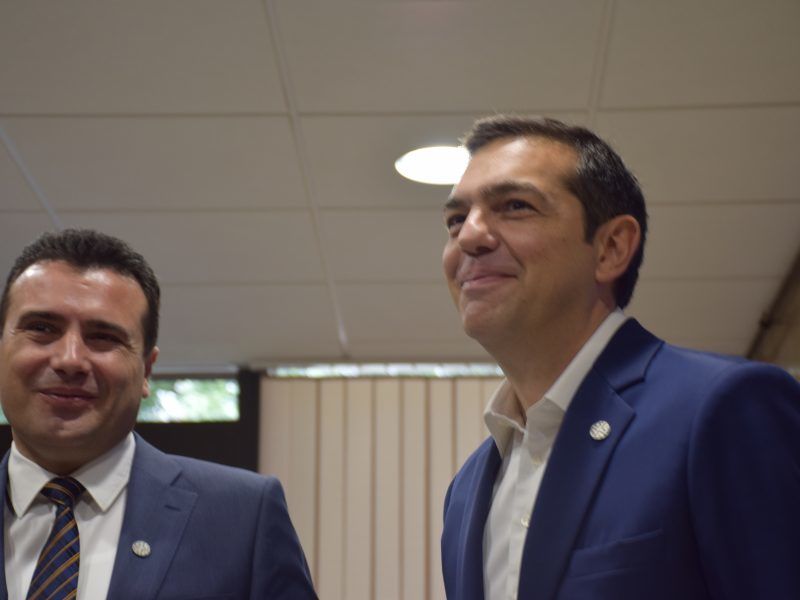 Tsipras and Zaev met on the sidelines of the EU-Western Balkans summit in Sofia last month and discussed the issue of the opposition parties’ stance on the talks.

EURACTIV.com asked Tsipras if he had discussed with his counterpart the issue and he replied: “Of course, it’s a critical issue”.

“Not so much for us, but for the domestic affairs of our neighbour, as our position requires a constitutional change which needs qualified majorities. So yes, it was one of the points of discussion between us,” Tsipras emphasised.

EURACTIV reported in January that Macedonian opposition party VMRO-DPMNE of former Prime Minister Nikola Gruevski was trying to block talks. As prime minister, Gruevski had taken a hard line on the issue and negotiations were frozen for many years.

A former minister who belongs to VMRO-DPMNE told EURACTIV at the time that Zaev’s government “shows flexibility to impress their neighbours but in the long run, they have to have public opinion on their side as well”.

Sergei Stanishev, the president of EU Socialists, recently praised the efforts of Tsipras and Zaev to find a solution and urged them to “show leadership” against the nationalistic fears in both countries. 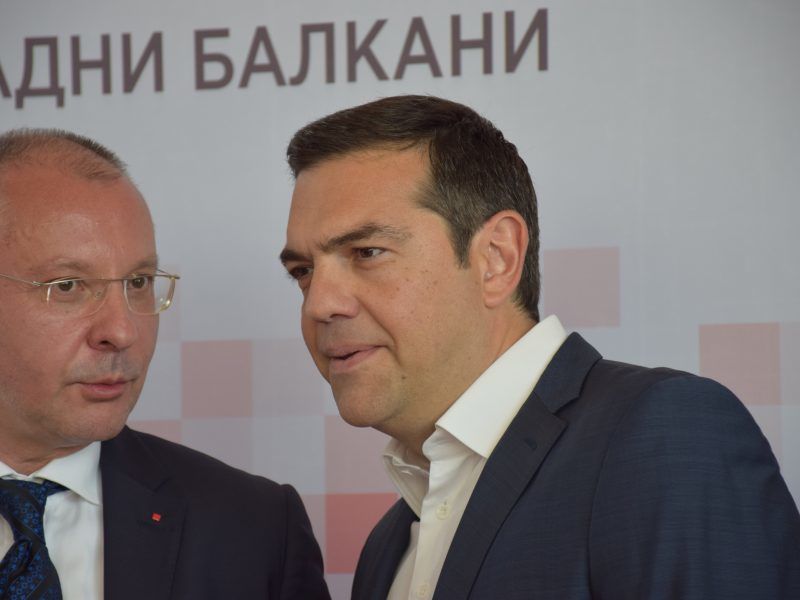