Balkan battles: the dispute between Macedonia and Greece over naming rights is one flicker of hope from the region. [vanbest/Flickr}]

Macedonia’s snap elections were postponed by more than a month late yesterday (23 February), after the opposition threatened to boycott the polls over concerns they were open to fraud.

The vote is part of a European Union-backed deal reached last year between the government and the opposition to end months of political turmoil in the former Yugoslav republic of about 2.1 million people.

The early parliamentary polls, initially agreed for 24 April, were delayed until June 5 after the main opposition party, Social Democratic Union of Macedonia (SDSM), threatened to boycott them, complaining they could not be free and fair.

Macedonian lawmakers voted yesterday (18 January) to dissolve parliament next month ahead of an early election in late April, in line with an EU-backed deal to end a political crisis but under threat of a boycott by the main opposition.

The ruling VMRO-DPMNE agreed to postpone the vote after US and EU ambassadors to the country said the preparations for the polls had not progressed enough to hold a “credible” vote by April. 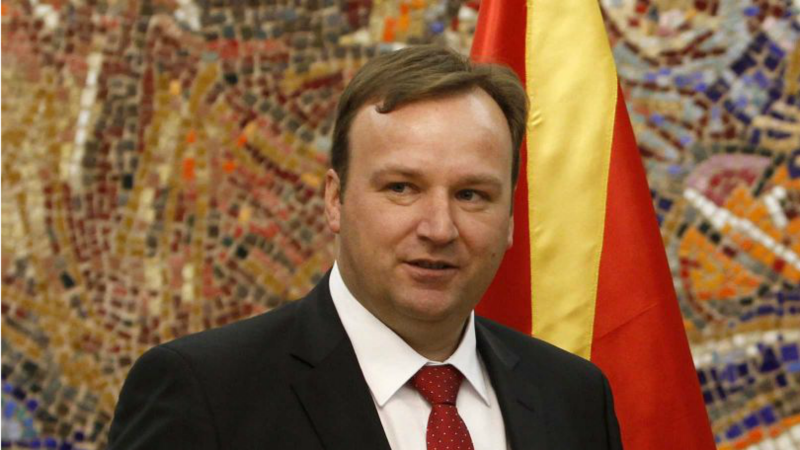 Macedonia not ready for 'credible' polls by April: EU, US ambassadors

Macedonia’s preparations for planned snap elections in April have not progressed enough to hold a “credible” vote by then, the US and EU ambassadors to the country said yesterday (21 February).

Ambassadors from the EU and US said they were particularly concerned at “reports of pressure and intimidation of voters and others”, and about the lack of an agreement “on media reforms, to ensure a more level playing field”.

Lawmakers voted late on Tuesday to dissolve the parliament on 7 April, instead of the previously agreed 24 February.

The SDSM boycotted parliament after Macedonia’s last polls in 2014, won by VMRO-DPMNE, saying the polls had been marred by fraud.

The crisis deepened last year when the opposition accused Gruevski of wire-tapping and high-level corruption. The government denied the allegations, accusing the main opposition leader of spying and of trying to destabilise the country.

Fourteen years since NATO pulled Macedonia from the brink of civil war, the ex-Yugoslav republic once hailed as a success-story of Western intervention is embroiled in a scandal that critics say has exposed its democracy as hollow, and could potentially reopen a dangerous ethnic divide.

EU envoys to Macedonia blamed the Gruevski government for leading the country towards catastrophe, urging those in power, and the opposition, to agree on a roadmap that would prevent the Balkan state from exploding. However, they recognise that such a dialogue is hardly possible.

The row triggered rival protests on the streets of Skopje and eventually prompted the European Union to step in and mediate.

Last month Gruevski stepped down from the post of prime minister to pave the way to the elections, in accordance with the deal.

Macedonia has been an EU candidate nation since 2005 but has been in a decade-long stalemate in the process of accession to both the European Union and NATO due to a veto by Greece. Athens denies its neighbour the use of the name Macedonia, claiming to have a historical right to it.