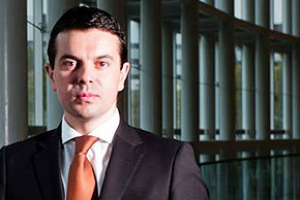 A letter from Macedonian Foreign Minister Nikola Poposki to his Greek counterpart Dimitris Avramopoulos was given to Greek authorities on 6 November in Athens, one month after Greece tabled a proposal aimed at a solution.

In an unusual move, the letter was made public and welcomes the Greek intention to move the issue “decisively forward”, reflecting a potentially positive course.

The letter was given to Greek Deputy Foreign Minister Dimitris Kourkoulas, who recently joined his country’s foreign service. Kourkoulas is an experienced diplomat who had previously worked for the European Commission.

Poposki insists that the Greek proposal for the two countries to sign a memorandum as a basis to unblock the name issue has come as a response to initiatives from Macedonia, an EU candidate. Greece has long objected to the unqualified use of "Macedonia" because of its own province of the same name.

Enlargement Commissioner Štefan Füle has lately pressured both sides to solve their differences. From the European Commission’s perspective, there is a need to lift the Greek veto for Macedonia to begin EU accession talks, and put the country on a more stable track in light of growing ethnic tensions in the former Yugoslav republic.

The Greek political thinking has apparently evolved lately. The country has ambitious plans for the Western Balkans during its EU presidency in the first half of 2014. On 5 October, Avramopoulos sent a letter to Poposki with a proposal for a bilateral memorandum as a basis for finding a solution to the name dispute.

In his letter to Avramopoulos, Poposki repeats many formulations used previously by his Greek colleague regarding improving mutual confidence, promoting neighborliness and strengthening bilateral cooperation.

“I hope you will also agree with the recent assessment of the European Commission that a decision of the European Council to open accession negotiations would contribute to creating the conditions conductive to finding a solution to the name issue, under the auspices of the United Nations," the letter says.

"It is our firm desire to overcome the difference over the name. This will benefit both countries and the region as a whole. Starting from this shared vision, I welcome the intention, expressed in your letter, to move the talks on the difference over name decisively forward,” Poposki wrote.

United Nations special mediator Matthew Nimetz, a US diplomat, is mediationg between Skopje and Athens over the name dispute.

According to various reports, a compromise to the name would contain a “geographical qualifier” given that Macedonia is a geographical region that overlaps the territories of Greece, Bulgaria and the former Yugoslav republic.

Diplomats have been speculating whether “Northern Macedonia” or “Upper Macedonia” could be acceptable to both sides.

The auspicious diplomatic exchange may be dimmed by statements from Bulgarian President Rossen Plevneliev, who told Füle last week that Macedonia is “not ready” to start accession negotiations. Plevneliev’s positions were repeated during Füle's meetings at government level.

As the Commission wants to table the proposal for starting negotiations with Macedonia at the 13 December EU summit, Füle visited Bulgaria in a bid to clarify the government's position with respect to Macedonia, and learned that Skopje could count with a Bulgarian veto.

Commission officials are trying to figure out how serious the Bulgarian veto threat is, EURACTIV was told. Bulgaria is holding parliamentary elections next summer and a “firm position” vis-à-vis Skopje appears to have the support of the majority of the Bulgarians.

The Commission said it welcomed the exchange of correspondence between “the Former Yugoslav Republic of Macedonia” and Greece.

Although Macedonia is recognised as the country's constitutional name most EU countries, the name dispute with Greece has led to an impasse for the country's membership of both the EU and NATO.