Despite the fact that all these countries are still at an early stage of their EU path, the reportconducted by the Open Society Foundations found that more than one French in two opposes the EU enlargement toward that region. [EPA-EFE/MALTON DIBRA]

Some 59% of French citizens do not see the prospect of the Western Balkans countries’ EU accession in a positive light, a new study has found. But it also revealed increasing mistrust toward the bloc overall.

Although none of the six Western Balkan countries is close to joining the EU, the report, conducted by the Open Society Foundations, found that more than one French in two opposes the EU enlargement toward that region.

While 49% believe that the enlargement to include Montenegro, for example, would be a bad thing, the study emphasised that as many as 76% of the respondents were negative about Turkey, which is also an EU candidate.

“Do the French have a grudge against Kosovars, Albanians or Bosnians? It would be too simplistic to say that. It’s rather that they don’t really care,”  Srđan Cvijić, one of the authors of the study, told EURACTIV France.

“The Balkans are a bit of a scapegoat,” added Sébastien Gricourt, director of the Balkan Observatory for the Jean Jaurès Foundation, who also participated in this study.

In fact, nearly one in four respondents said that their life would not be impacted much, if at all, by such an enlargement.

Distrust toward the EU

However, it seems that French people’s negative attitude toward the Balkans somewhat reflects their opinion of the EU institution as a whole.

“The reflex that the French have for enlargement is in fact the reflex they have for the European Union,” Gricourt explained.

The French are among the Europeans who have the least confidence in the EU. The study showed that 62% of those in favour of Balkan accession had a good image of the EU, while more than one in two (55%) disagreed.

In addition, there is also an element of ignorance at play.

“When shown the map of Europe with the current member states highlighted, many participants were surprised that the countries of the Western Balkans are not already part of the EU,” the report said.

A vacuum for extreme-right to step in

Skopje and Tirana have made substantial progress on reforms in the last two years, but Paris has insisted that no green light for the official start of EU accession talks should be granted.

The French government has primarily opposed Albania’s accession, and this had a spill-over effect on North Macedonia as well. 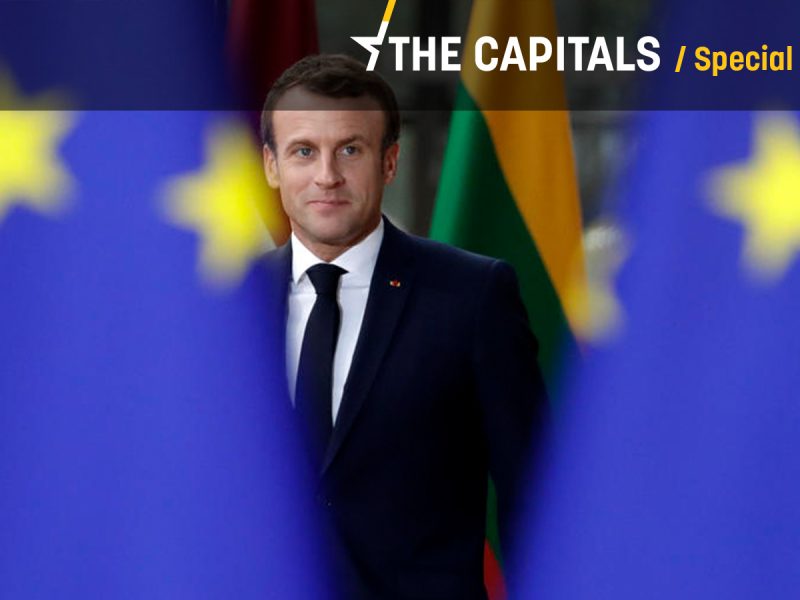 French President Emmanuel Macron stressed at the 2018 Sofia Summit that in order to have a stronger and more united EU, “we also need to modernise the EU and the eurozone, and for me, this is a prerequisite for further membership.”

For Gricourt, the whole discussion over the Balkan region’s EU future should be “de-politicised”.

He recalled that the question of Serbia’s potential accession to the EU had been put to the twelve candidates heading the lists for European Parliament’s election in a televised debate in April 2019. Only two candidates, Raphaël Glucksmann and Jean-Christophe Lagarde, were in favour.

Gricourt warned that instrumentalising enlargement is a strategic mistake because “we are leaving the field to the extreme right”.

In order to avoid this trend, the expert said, more education was needed to explain the accession process, the many criteria and achievements required before a country is allowed to join.

Interestingly, 43% of the respondents appeared to have changed their mind during the various stages of the study, Cvijić explained.

5 responses to “Majority of French still against Balkans’ EU integration”