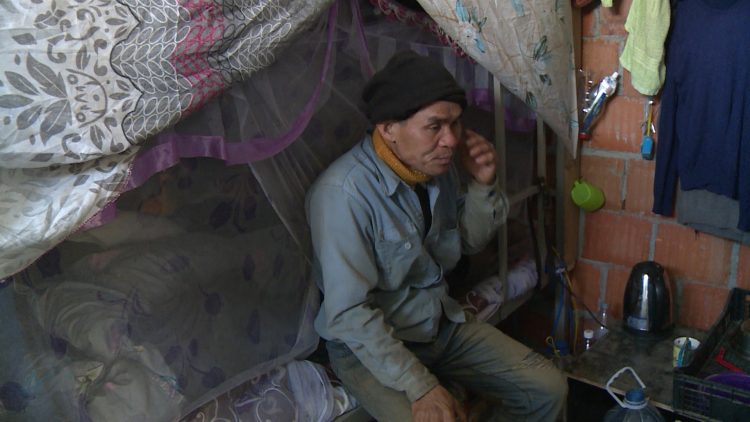 A group of MEPs have angered authorities in Belgrade after they called on them to end “modern slavery” in Serbia, the alleged victims being Vietnamese workers employed by a Chinese company in the EU candidate country.

A report by A-11 ‘Initiative for economic and social rights’, a Serbian NGO, flagged that around 500 workers from Vietnam arrived in Zrenjanin in March, April and May this year.  Their reported poor working conditions, including lack of labour rights and respect for local employment laws, led to harsh criticism, something the Serbian government has said is nothing more than a personal attack on the country.

The workers were brought from Vietnam via an agency that charged workers between $2,200 and $4,000 for their services, including transportation, obtaining visas and accommodation. The workers were then allegedly hired by China Energy Engineering Group Tianjin Electric Power Construction Co. LTD, with an agreement not including start date and “cash in hand” payments.

According to the report, the working day takes place in nine-hour shifts, and the cost of personal protection equipment is deducted from their salary. Furthermore, workers are required to work 26 days a month, but if they do not fulfil that, they lose the entire months salary. Additionally, If they were late for work, they risked losing the whole days wages.

Workers were also made to hand over their passports, and questions were raised over whether they had a residence and work permit.

In terms of their accommodation, the report found they were housed in barracks in overcrowded rooms with bunk beds. These beds did not have mattresses and used planks of wood covered with a thin quilt. Furthermore, there were only two toilets for 500 workers, inadequate sewerage systems, a persistent gas smell, and many discarded and unsecured gas bottles.

The NGO also said there was no electricity or drinking water, no heating, and showering and clothes washing had to be done with cold water.

The health of the workers was also reportedly endangered from the perspective of the COVID-19 virus. They wanted to be vaccinated, but reportedly when they contacted the authorities from the company, they were told that it was complicated and that they would not be able to.

On her website, MEP von Cramon-Taubadel wrote on Friday (19 November) that it was “completely unacceptable that an aspiring EU member state tolerates the construction and maintenance of a factory that is reportedly staffed using human trafficking and exploitation on its territory”.

“The Serbian government’s silence on this forced labour means that they are complicit in modern slavery”, she continued.

MEPs urged the Serbian authorities, the Ministry of Labour and the Labour Inspectorate, the Ministry of Interior and Office for Coordination of Anti-Trafficking Activities, and Public Prosecutors’ Office to immediately react to these blatant abuses of workers’ rights and human dignity in the country.

“Serbia must demonstrate that it belongs to the European family of nations by promoting the high standards of human and workers’ rights, including through conducting thorough due diligence of Chinese investments in the country and through the enforcement of labour and environmental standards”, von Cramon-Taubadel wrote.

The Minister of Foreign Affairs of Serbia, Nikola Selaković, reacted furiously, assessing the accusations of Viola von Cramon about “modern slavery” and “using human trafficking for labour exploitation” as “another attempt to satanise Serbia”.

In a Twitter thread on the Ministry’s account, the minister said that “the highest state officials and competent authorities reacted urgently after the media articles appeared about the position of Vietnamese workers in one of the factories in Serbia” and that “it turned out that the facts had little to do with the image created in the ordered and coordinated political propaganda attack on Serbia.”

MFA #Selakovic assessed the accusations of Viola von Cramon about "modern slavery" and "using human trafficking for labour exploitation" as another attempt to satanize #Serbia.
"We expect constructive criticism from Ms. von Cramon and any other MEP…" 🧵 https://t.co/aKpN7m205b

The Serbian foreign minister on Saturday took aim at von Cramon-Taubadel by accusing her of waging “an aggressive anti-Serbian and anti-Chinese agenda, which has nothing to do with concern for human rights”.

I can‘t take this leadership seriously anymore. Instead of apologizing to Vietnamese workers for inhuman conditions (a proper g‘ment would take responsibility for this) they defend human trafficking &modern #slavery by blaming me. Get a grip &start ruling your country @MFASerbia https://t.co/ABAe3Hyon9

“I can’t take this leadership seriously anymore. Instead of apologising to the Vietnamese workers for the inhuman conditions, a proper government would take responsibility for this, they defend human trafficking and modern slavery by blaming me. Get a grip”, von Cramon-Taubadel tweeted on Sunday.