“The developments over the past weeks have severely hit German-Turkish ties as well as European-Turkish relations,” she told parliament, saying in particular that Ankara’s arrest and treatment of German newspaper correspondent Deniz Yucel was “incompatible with a constitutional state”.

The journalist for Die Welt daily, a German-Turkish national, was jailed in February on terror charges and is awaiting trial.

He is being held in solitary confinement and Germany has been allowed to make only one consular visit so far.

Merkel also voiced concerns that the 16 April referendum on expanding Erdoğan’s powers was not held under fair conditions. 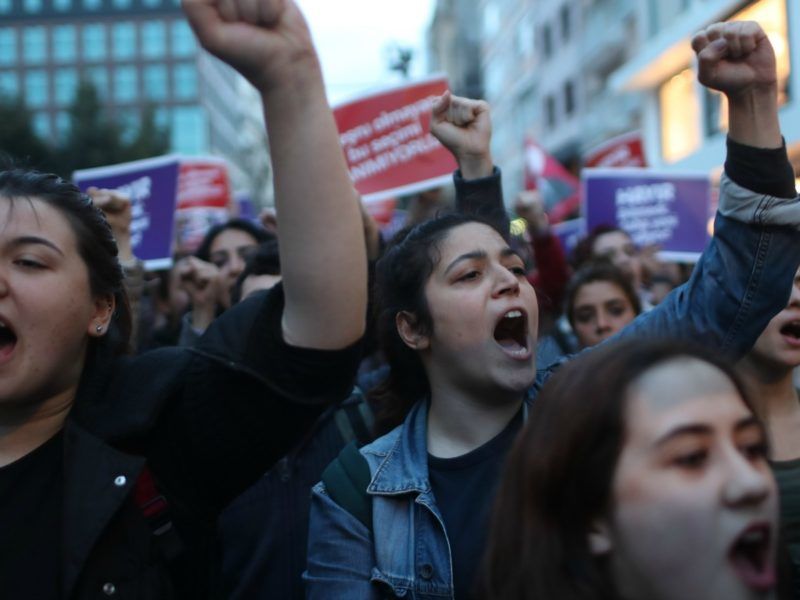 Warning Turkey to respect civil rights in keeping with a constitutional state, Merkel said it was “neither in Europe nor Turkey’s interest” for either side to turn away from the other.

“We will work towards returning to dialogue,” she said.

Merkel said she would also use a summit with fellow EU leaders in Brussels on Saturday to discuss “which measures would be appropriate” for the bloc to take vis-a-vis Turkey.

Relations between NATO allies Germany and Turkey have plunged over disputes related to last July’s failed coup and a subsequent crackdown on alleged conspirators.

The row deepened after Germany and the Netherlands blocked campaign events by Turkish ministers in March ahead of the referendum vote.

Immediately after winning the nail-biting vote that boosted his powers, Erdoğan mooted a second referendum on bringing back the death penalty, which would mean an end to the country’s EU membership prospects.