A woman wearing a protective face mask walks past a row of campaign billboards of Social Democratic Party (SDP) and the For the Future of Montenegro coalition ahead of the upcoming parliamentary elections, in Podgorica, Montenegro, 27 August 2020. [Boris Pejovic/EPA/EFE]

Montenegro’s pro-West leader is fighting to extend his party’s 30-year grip on the EU candidate country on Sunday (30 August) in polls dominated by identity debates and anxiety over a pandemic-hit economy.

The party of President Milo Djukanović is one of the most indestructible political forces in the Balkans, having led Montenegro from the end of communism in the 1990s to independence from Serbia in 2006, and now to the doorstep of the European Union.

But, accused by rivals of spinning a web of clientelism and corruption, the president’s camp could struggle to form a majority after Sunday’s race.

The governing coalition currently holds a narrow edge — 42 of 81 seats in parliament — and the upcoming poll is expected to be even “tighter” than previous elections, said Miloš Bešić, an analyst in Podgorica.

The vote comes in a year of political turmoil, with large protests against Djukanović over a religion law that flared tensions around national identity, still haunting Montenegro 14 years after it split from Serbia.

“Apart from a health crisis due to coronavirus, the thing that will mark the following elections is a deepening of divisions within Montenegro society,” Bešić told AFP.

On one side of the divide is Djukanović’s Democratic Party of Socialists (DPS), who pitch themselves as protectors of Montenegrin nationhood and the state’s pro-West alignment.

While the 58-year-old president has won plaudits for putting Montenegro on the EU path, critics accuse him of running the country like a personal fiefdom, enriching himself and allies while many ordinary people struggle to make ends meet.

Since the last parliamentary election in 2016, cracks in his rule have started to emerge, with two protest movements taking hold in the small Adriatic nation of 620,000.

The first erupted last year over a corruption scandal, when a high-profile tycoon said he had been giving kickbacks to the DPS for years.

US-based Freedom House this year downgraded Montenegro from a democracy to a “hybrid regime”, citing “years of increasing state capture, abuse of power and strongman tactics” under Djukanović.

The start of 2020 brought new protest marches over a controversial law that could hand Montenegro the ownership of monasteries run by the Belgrade-based Serbian Orthodox Church. 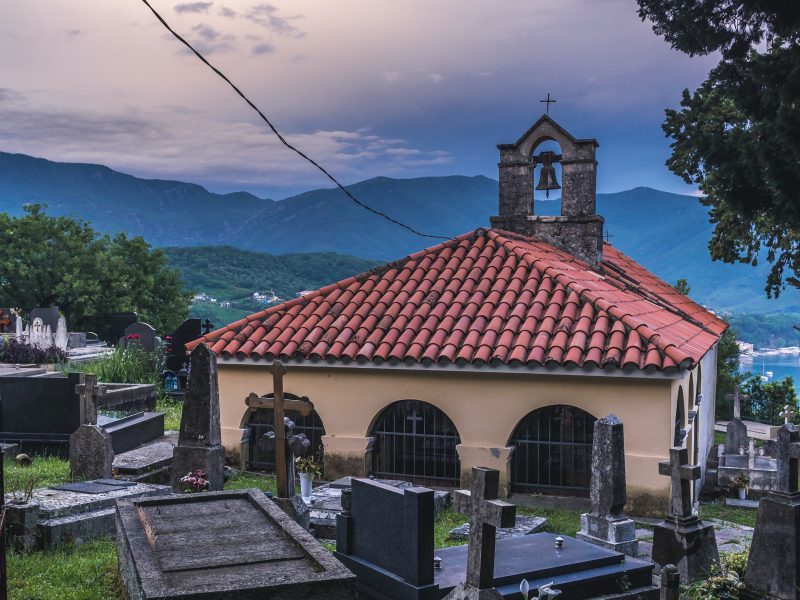 Hundreds of backers of Montenegro’s pro-Serb opposition took to the streets of the capital Podgorica on Thursday (26 December), rallying against a law they say would strip the Serbian Orthodox Church there of its property.

It outraged followers of the Church — the country’s main religious body — and put wind in the sails of a pro-Serb, right-wing opposition, known as the Democratic Front.

“The one who dares to attack what is sacred, he belongs in the past,” declared the group’s leader Zdravko Krivokapić.

Around a third of the population identifies as Serb and some nationalists deny a separate Montenegrin identity.

Djukanović has used the strong reaction to the church issue to fan fears about threats to Montenegro’s independence, accusing church leaders of trying to “Serbianise” Montenegro.

“The significance of upcoming elections is unquestionable, and unfortunately, we again face a front of anti-Montenegrin forces,” Djukanović said.

He recalled events during the last election when authorities said they had foiled a Russian-backed coup plot aimed at derailing Montenegro’s plans to join NATO. 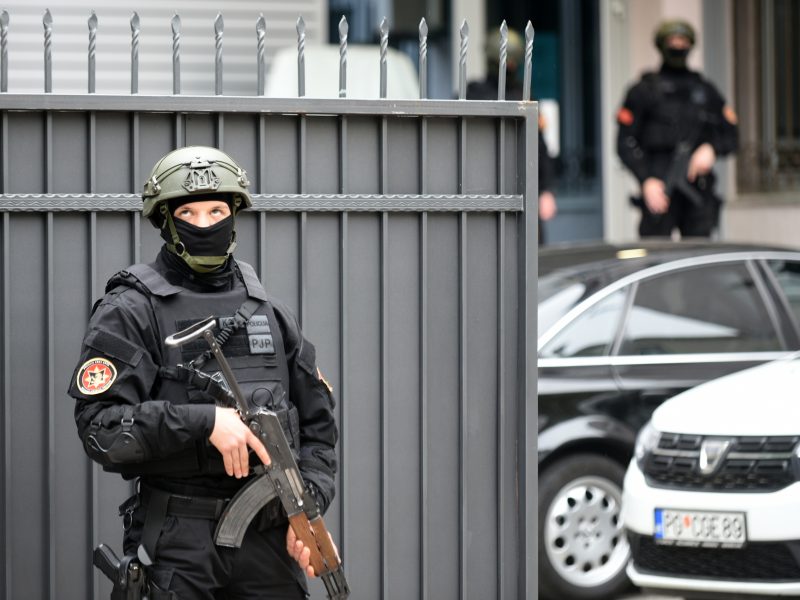 Two leaders from the pro-Serb opposition were sentenced to jail over the incident, which they say was fudged to eliminate them from the political scene.

As identity battles take centre stage, many voters lament the lack of focus on pressing economic issues — especially as the pandemic batters a vital tourism sector.

“I find it devastating that the key elements of the campaign are flags, church, faith, and not low salaries, the lack of opportunities for progress, young people leaving,” said Milica, a 36-year-old craft shop owner in Podgorica, who didn’t want to give her full name.

A slump in tourist spending — down 92% percent this summer — is expected to send shock waves through the economy, which is headed towards its worst contraction since independence.

Some are also worried about voting in the midst of the pandemic, which has infected nearly 4,500 and killed almost 90 people.

“I’m not going to vote for the first time in 30 years. I’m afraid of the coronavirus, and to tell the truth, I don’t have anyone to vote for,” said Vesna, a 64-year-old from the capital.