Montenegro’s new prime minister predicted Tuesday (15 December) that his country would be the next to join the European Union and vowed to fight the political corruption that has tarnished its reputation.

Just 11 days after his coalition government was voted in by 41 MPs in an 81-seat parliament, Zdravko Krivokapic headed to the EU capital Brussels to push the case for his country of 600,000 people.

“I have confidence that Montenegro is going to become the 28th member state of the EU,” he told AFP, in an interview after talks with EU Council president Charles Michel.

Krivokapic, a 62-year-old engineer and devoted Orthodox Christian, rose from relative obscurity to lead an opposition coalition that overthrew decades of socialist-led rule.

The veteran Democratic Party of Socialists (DPS) of powerful President Milo Djukanovic has held sway since before the small Western Balkan republic emerged independent from the break-up of Yugoslavia.

Krivokapic, whose candidacy was backed by the Serbian church as well as Montenegrin citizens tired of official corruption, has vowed to finally seal the deal with Brussels.

After several years of rapid expansion, the European Union is now contracting, after the departure of the United Kingdom, a G7 leading economy of 67 million people.

Montenegro is one of several candidate countries waiting to head to the next stage of accession talks, but some member states have begun to get cold feet about rapid expansion.

Some western capitals are concerned that some eastern members were admitted too quickly — before respect for the rule of law was firmly entrenched — and that the western Balkans is not ready.

After meeting Krivokapic, Michel — whose European Council represents member states — tweeted that Montenegro is “an essential partner” for the EU.

“You have our full support for the reforms your country is undertaking,” he said, but he did not mention the candidacy process or suggest a date for joining.

Afterwards, his visitor told AFP that Montenegro is the best advanced of the candidates in line — having begun talks on all 33 negotiating chapters — and might qualify before larger neighbours like Serbia.

Krivokapic said he hoped western Balkans countries would be accepted together, but that if not it would be “natural” that Montenegro “set an example for the others and be a good role model for the region”.

First, though he has plans to clean up at home, launching investigations into the “political corruption” of the previous regime and resolving Montenegro’s vast public debt.

“We are not going to be retaliating,” he said, alleging that he would have had more than 41 votes in parliament if the outgoing government’s supporters had not corrupted the vote.

“But all the misdeeds that took place will have to be punished. Everybody who worked for their own benefit and to the benefit of their cronies will be prosecuted in court,” he said.

After a week in office Krivokapic has already conducted a successful, over-subscribed 750-million-euro bond issue — a vote of faith by markets, but also a boost to Montenegrin debt.

But the premier told AFP it was necessary to begin the job of restructuring Montenegro’s finances, and said much of the debt concerned a controversial road contract with China signed by the previous government.

“Over these last seven days since we assumed office, none of us have been able to get into possession of this contract with the Chinese,” he alleged.

“So I’m not accusing anybody or not placing blame on anybody I’m just saying that there are a lot of things where we have suspicion about how everything was done. So very soon. We are going to deal with these things.” 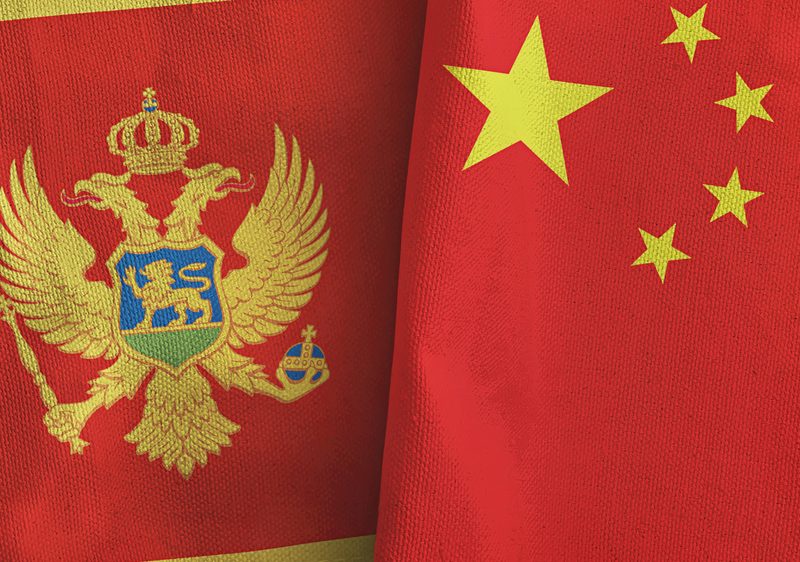 China is this year’s biggest investor in Montenegro

China has become by far the largest investor in Montenegro with €70 million direct investments in the period from the beginning of the year to the end of August. In a central bank report published yesterday, more detailed data on …

He acknowledged Western capitals’ scepticism, but vowed that Montenegro would have convinced Brussels of its government’s bona fide by 2023 at the latest.

“We are aware that some member states of the EU are sceptical when it comes to the EU enlargement,” he said.

“However, this does not discourage us. It actually propels us. It makes us move forward to work even more on the compliance of our standards in the area of the rule of law.”