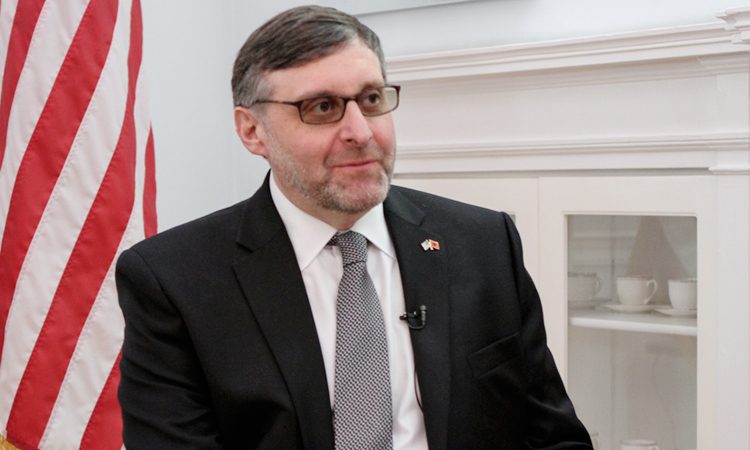 The new US Special Envoy to the Western Balkans, Matthew Palmer, said on Tuesday (4 September) a priority in his new role is restarting a dialogue between Serbia and Kosovo.

“The first (step) is getting the parties back to the table,” Palmer, who was appointed last week, told a regional political conference in Slovenia.

He said he expected the next Kosovo government would be open to re-engagement and would suspend 100% tariffs on Serbian imports it imposed last year, claiming that Belgrade’s diplomatic moves blocked Kosovo from joining Interpol.

Palmer said Serbia’s campaign to persuade countries to rescind their recognition of Kosovo, which declared independence in 2008, was “counterproductive” and “not in the interest of peace, stability and security in the region”.

“I think the United States will play an absolutely critical role in helping the parties … identify the points of disagreement and keep focused on the prize which is normalising the relationship between Belgrade and Pristina, opening a path to … Europe for both countries,” Palmer said.

All of the Western Balkans states, which also include Bosnia, Montenegro, North Macedonia and Albania, aim to join the European Union.

Most of them also want to join NATO.

Kosovo will hold a snap election on 6 October following the July resignation of Prime Minister Ramush Haradinaj, who has been summoned for questioning by the country’s war crimes prosecutor regarding his role in the 1998-99 insurgency against Serb forces.