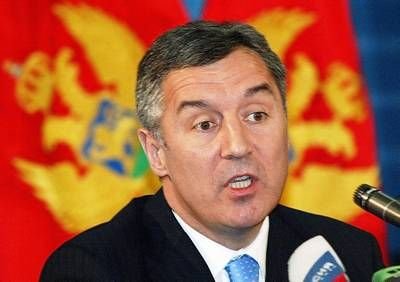 AP quoted local media saying that Djukanovic, who led the tiny Adriatic nation to independence from Serbia in 2006, is likely to be replaced by current Finance Minister and deputy Prime Minister Igor Luksic.

No reason has been given for his resignation. Djukanovic previously resigned in late 2006, but returned as prime minister in February 2008.

Djukanovic was 29 years old when he became the youngest prime minister in Europe in 1991. He was elected Montenegro president in 1998, before again assuming the premier's job in 2002 and 2008. He is the longest serving Balkan leader.

Djukanovi?’s departure is largely expected to improve the climate between Brussels and Podgorica. Montenegro officially received the status of EU candidate country at the EU summit which ended last Friday.

The Montenegrin government was recently accused of involvement in a tobacco smuggling operation. A court cleared Miroslav Ivaniševi? – a former official working for Prime Minister Milo Djukanovi? – of the smuggling charges, ruling that he had acted within Montenegrin law. Djukanovi? was also indicted, but benefited from his immunity.

In May, British newspaper The Independent named Djukanovi? as the twentieth richest world leader, with an estimated fortune of £10m (€12m). It described the Montenegrin leader as ''mysteriously wealthy'', referring to the smuggling allegations denied by Djukanovi?.

Montenegro is considered a prime location for money laundering. According to Conservative MEP Charles Tannock, rapporteur on Montenegro in the European Parliament's foreign affairs committee, it is ''a very easy place for organised crime to go, buy large amounts of unregistered euro notes through the banking system and launder them for their notes coming from another jurisdiction''.

Montenegro has never had its own currency in modern times. After using the German Deutschmark for six years, it unilaterally adopted the euro in 2002 when Germany made the switch along with the other EU members of the euro zone.

Following the disintegration of Yugoslavia in 1992, Montenegro remained in a federation with Serbia. During the ensuing wars in Bosnia and Croatia, Montenegrin police and military forces participated in attacks by Serbian troops, yet Montenegro itself was untouched by the conflicts.

In 1996, Montenegro split from the regime of Serbian leader Slobodan Miloševi? and forged its own economic policy, unilaterally adopting the German Deutschmark as its currency. When Germany switched to the euro in 2002, Montenegro did the same – despite not belonging to the euro zone.

Serbia and Montenegro formed a new 'state union' in 2003, but three years later Montenegro held a referendum on independence: in a poll strictly monitored by the EU, 55.5% of citizens voted for separation and 44.5% voted to remain with Serbia. On 3 June 2006, Montenegro's declaration of independence was adopted by its parliament.

Montenegro, a tourist country, has an attractive Adriatic coastline and is bordered by Croatia to the west, Bosnia and Herzegovina and Serbia to the north, Kosovo to the east and Albania to the south. It has a population of just under 700,000 – one-fifth of whom live in the capital city, Podgorica.

As in all the former Yugoslav republics in the Balkans, corruption and organised crime remain a serious problem in Montenegro and legal mechanisms need to be improved, concluded the European Commission in its latest report.