The poll also showed that only about 20% of respondents are completely familiar with the text in the name deal between the two countries. [Shutterstock]

More than 40% of people in the Former Yugoslav Republic of Macedonia (FYROM) support the name deal reached between their government and Athens, according to a new poll.

Ahead of the crucial referendum on 30 September, a new survey showed that Macedonians support both the NATO and EU membership bids and the new name deal with Greece.

The question that voters in FYROM will be asked is, “Are you in favour of NATO and EU membership, and accepting the name agreement between the Republic of Macedonia and Greece?”

According to the survey, 41.5% of respondents intend to say yes in the referendum and 35.1% to vote against. However, a gap between the different communities in the countries was also pointed out.

The Albanian minority is overwhelmingly in favour, with 88%, whereas among the Macedonians only 27.4% would opt for the Prespa solution, while 45.2% would reject it.

Most of those polled (66.4%) will come out and cast their votes during the September referendum, while 19.8% are set to join the initiatives for boycotting the vote.

The poll also showed that only about 20% of respondents are completely familiar with the text in the name deal between the two countries.

Athens and Skopje resolved a nearly three-decade-old name row on 12 June by agreeing to the name ‘Republic of North Macedonia’, opening the road for the landlocked Balkan country to start EU accession talks in earnest and join NATO.

However, the deal reached between Greek leader Alexis Tsipras and his FYROM counterpart, Zoran Zaev, has not at all pleased the main opposition parties in their countries.

Both Greece’s New Democracy and FYROM’s VMRO-DPMNE belong to the centre-right European People’s Party (EPP), which has previously expressed its desire for the name deadlock to be resolved.

“They [New Democracy / VMRO-DPMNE] should look at these issues from a broader point of view, taking into account all the complexities, the situation and the consequences of a positive or negative result of this issue, both for Macedonia and Greece,” said in June Eduard Kukan, an EPP MEP on the European Parliament’s Foreign Affairs Committee. 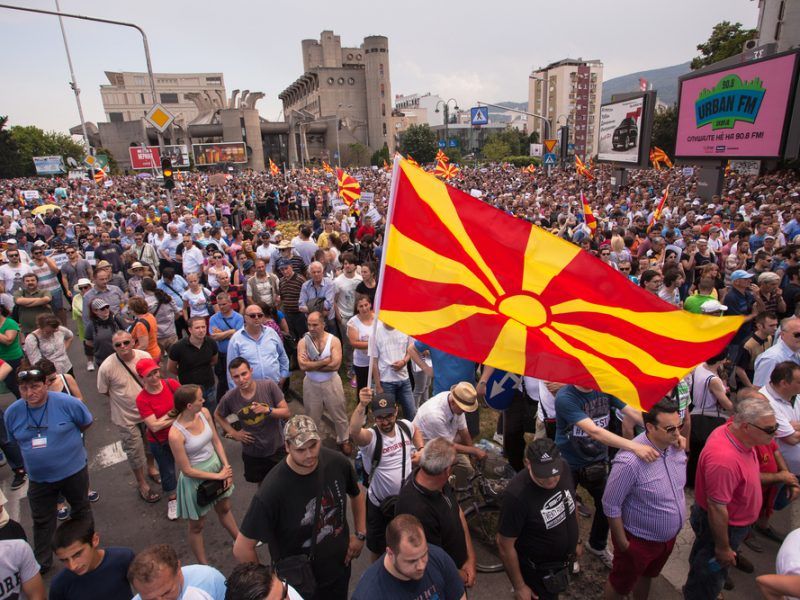 Macedonia’s deputy prime minister expects growing “external resistance” as negotiations on the name dispute with Greece get closer to a final deal which would unblock the country’s NATO and EU membership bid.

In Greece, the government recently expelled two Russian diplomats, who allegedly tried to undermine the name deal. The Kremlin claimed that the United States was behind Greece’s move – something that Athens denies.

Moscow took retaliation measures this week, by expelling two Greek diplomats and forbidding the entry into Russia of the director of the Greek Foreign Ministry’s political office, Nikos Kotzias.

The same sources added that Athens would respond “appropriately and proportionately”. 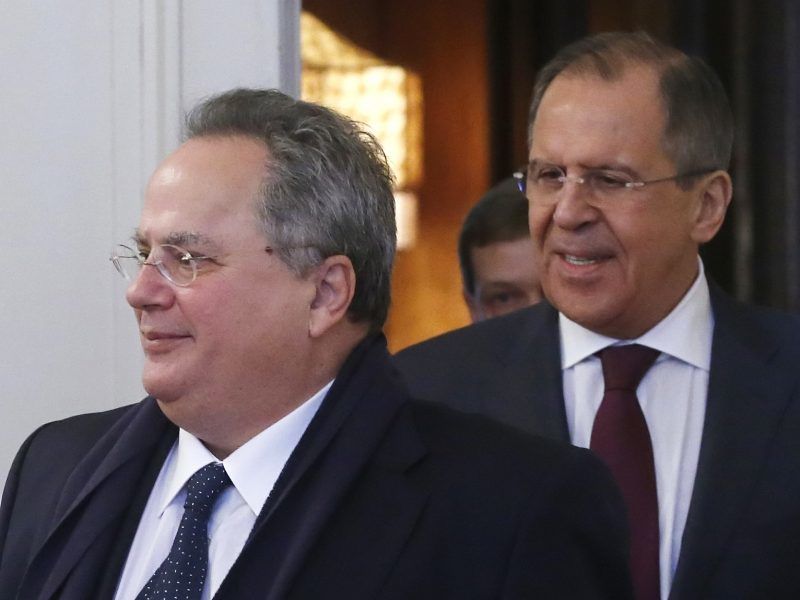