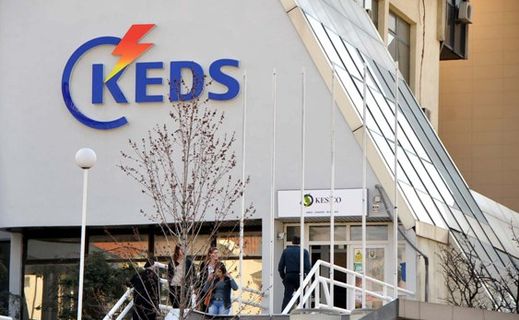 As Kosovo endures its worst energy crisis in a decade, Xhelal Gashi is considering closing down his bakery in Pristina because he is struggling to cover fuel costs for a generator since authorities introduced power cuts.

“I usually pay around €300 for my electricity bill but now I am spending €100-110 per day to buy diesel for the generator,” said Gashi, speaking from his bakery where he employs 10 staff.

Many businesses and households in Kosovo have brought out portable power generators since the country’s power distribution company, Kosovo Energy Distribution Systems (KEDS), announced last week that it would introduce two-hour-long power cuts until further notice.

This has sparked protests in Prishtina and calls for the resignation of the Minister of Economy Artane Rizvanolli.

Countries across Europe are facing rocketing gas and power prices, due in part to a surge in demand amid economic recovery from the pandemic. This is made worse in Kosovo where low domestic production, due to technical faults and cold weather knocking out some production at ailing power plants, is forcing the country to import much more energy than normal.

On Friday (24 December), the government declared a state of emergency for the next 60 days, which will allow it to allocate more money for energy imports and possibly introduce even harsher measures and more power cuts.

Prime Minister Albin Kurti said import prices have risen to as high as €515 per MWh, from €70 in the same period last year. For Kosovo citizens the price is 6 cents per kWh, the cheapest in Europe as household tariffs are heavily subsidised.

“In this situation we face two solutions; power cuts or price increases,” Kurti, whose government allocated an extra €40 million for electricity imports, said on Sunday.

Kosovo produces most of its energy from two old coal-fired power plants outside Pristina, and normally imports 10-15% of its energy, but that figure has risen to 40% during the current crisis.

“As a consequence, Kosovo is importing energy that was not scheduled in the markets,” The European Network of Transmission System Operators (ENTSO-E), which represents electricity transmission operators across Europe, told Reuters by email, adding that Kosovo’s excess demand could threaten supply across Europe.

“The Transmission System Operators in ENTSO-E’s Regional Group Continental Europe (RGCE) urges KOSTT (Kosovo’s transmission system operator) to keep their national electricity system in balance, which is an essential contractual obligation towards the other TSOs in Continental Europe,” ENTSO-E said.

The small Balkan country’s own power plants are fuelled by lignite, a soft coal that produces especially toxic pollution when burnt.

Official figures show Kosovo has the world’s fifth largest lignite reserves of 12-14 billion tonnes. But its reliance on the dirty fuel, along with political instability, has kept foreign investors away since the end of war in 1999, making it difficult to upgrade its energy infrastructure.

“Whatever the government decision will be, to repair any unit of the current plants or build a new coal-fired power plant, it will take at least five years,” said Trim Ternava, CEO of Kosovo-based Jaha Solar, which makes solar panels.

As the energy crisis shows no sign of letting up, Gani Fazlia, who fixes generators, can’t keep up with the boom in his business.

“I get at least 15 pieces to fix in a day but for one man to do all that it is impossible. I can only fix five or six,” says Fazlia, as two customers who have brought their old generators to be fixed wait outside his shop.