Monument of Gotse Delchev in the Bulgarian city of Blagoevgrad. [Georgi Gotev]

Skopje’s progress towards EU membership has hit another snag. Historic figure Gotse Delchev, considered as a national hero both in Bulgaria and North Macedonia, now appears to stand in the way of its EU path. EURACTIV Bulgaria reports.

Bulgaria’s Deputy Prime Minister Krassimir Karakachanov, who is also the leader of the nationalist VMRO party, threatened on Thursday (10 September) that Bulgaria would block North Macedonia’s first intergovernmental conference with the EU – which essentially kickstarts its accession talks – unless the dispute over Delchev’s identity is resolved.

Delchev (1872-1903) was an important Bulgarian revolutionary figure in Ottoman-ruled Macedonia and Thrace at the turn of the 20th century. He was the most prominent leader of what is known today as Internal Macedonian Revolutionary Organisation (VMRO), a paramilitary organisation active in Ottoman territories in the Balkans.

Although considering himself to be an inheritor of Bulgarian revolutionary traditions, Delchev was disillusioned by the reality in the post-liberation Bulgarian monarchy and went on to fight for the independence of Macedonia. He is considered as a national hero both in Bulgaria and North Macedonia.

Karachanov spoke to Macedonian TV 24 on Thursday, complaining that Skopje has no desire to engage in a genuine dialogue and is avoiding meetings of the ‘bilateral historic commission’, established under the terms of the two countries’ neighbourhood agreement.

“As early as November last year, the work of the intergovernmental commission, which is supposed to review historical problems, stopped. This is reason enough for Bulgaria to raise this issue very clearly,” Karakachanov said.

North Macedonia’s Prime Minister Zoran Zaev commented that a common solution will be reached with Bulgaria, through which both sides would emerge victorious in the dispute.

However, Karakachanov says the Bulgarian authorities have raised the issue of the historical commission “at least 100 times” in the last ten months.

According to him, the authorities in North Macedonia are aware that if no agreement is reached on important historical issues, Bulgaria will object to holding North Macedonia’s first ambassadorial conference on the European integration.

A month ago, Germany openly called on Bulgaria and North Macedonia to leave the controversy to historians and to put an end to bilateral political scandals. 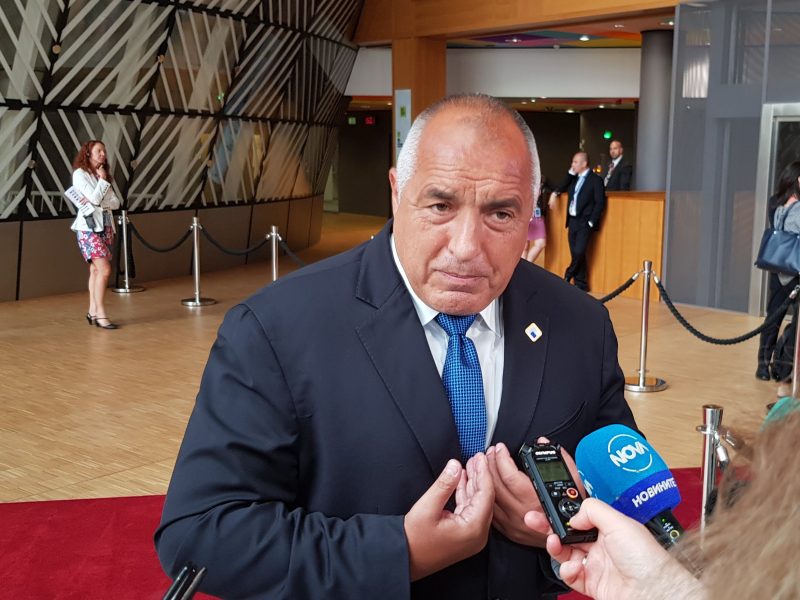 Until now, the authorities in Skopje have unofficially justified the lapse by the absence of a government with a clear mandate, which is now no longer the case as Zaev started his second mandate on 30 August.

Karakachanov has so far been the sharpest critic of Skopje, having repeatedly threatened to block its European accession, but his threats were always defused by Prime Minister Boyko Borissov.

Now, Karakachanov is complaining of a lack of cooperation from Skopje, which has at the same time made big concessions to Greece by agreeing to change its name to North Macedonia in order to appease Athens.

“You agreed to change your flag, to change your name. But vis-à-vis the country that has always helped (North) Macedonia, you think that that you can behave incorrectly,” he said.

Bulgaria, which has repeatedly said it does not want to stop North Macedonia’s EU progress, has hardened its rhetoric in the past year, mostly due to pressure from Karakachanov’s nationalists, a junior coalition partner in the government.

‘Sofia and Skopje must be winners’

Zaev told the national television on Friday he believed “we will find a solution with Bulgaria. Both sides must emerge victorious. History is important, but it must be a starting point for the future.”

Asked about Gotse Delchev’s identity, Zaev said the archives should be discussed “transparently and publicly” and voiced confidence that a solution would be found quickly with Bulgaria.

“I am sending a message to neighbouring Bulgaria that we are ready to negotiate on the issue of Gotse Delchev.”

He said he had not yet discussed the issue with his Bulgarian counterpart.

“I am talking to Borissov, but we have not discussed this topic. It is inconvenient to open the issue when there are protests there. We are waiting for them to be ready for a conversation. I believe that this will happen soon and I believe in the success of the negotiations,” Zaev said.

During the last two months, Bulgaria has been rocked by protests as citizens took to the streets, asking for the resignation of Borissov.