Serbia’s ruling conservative party led by President Aleksandar Vučić is set for a landslide win in parliamentary elections held on Sunday (21 June), according to results projected by Ipsos and CeSID pollsters.

The projection shows the Serbian Progressive Party (SNS) on track to win 62.5% of the votes, while the Socialist party – a junior coalition partner in the outgoing government – is seen coming second with 10.7% of the votes.

The centre-right Serbian Patriotic Alliance led by former water polo player Aleksandar Šapić is seen in third place with 4% of the votes.

Dozens of smiling people cramped in a small room, hugged each other and few had their faces covered with masks, despite doctors warning to be cautious to avoid spreading of the coronavirus. 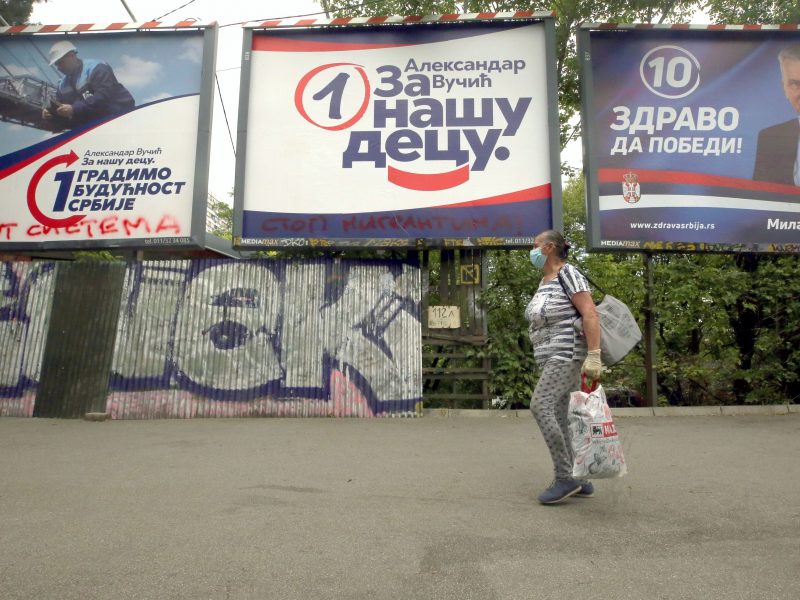 Another Serbian pollster CRTA saw turnout at 48% compared to 56.7% in 2016. The State Election Commission is due to announce preliminary results including turnout later in the evening.

Turnout was hit by a boycott by some opposition parties, who say the vote will not be free or fair owing to Vučić’s grip on the media.

Florian Bieber, a Balkan expert at Austria’s University of Graz, tweeted after seeing results: “It is a phyrric victory, without opposition in parliament the election is discredited and its rule less legitimate than ever before.”

Voters largely back efforts by Vučić’s ruling coalition to push for Serbian membership of the European Union while maintaining strong ties with Russia and China.

But the future government will face increasing EU and US pressure to recognise the independence of Serbia’s former province of Kosovo, a move seen as key for regional stability. 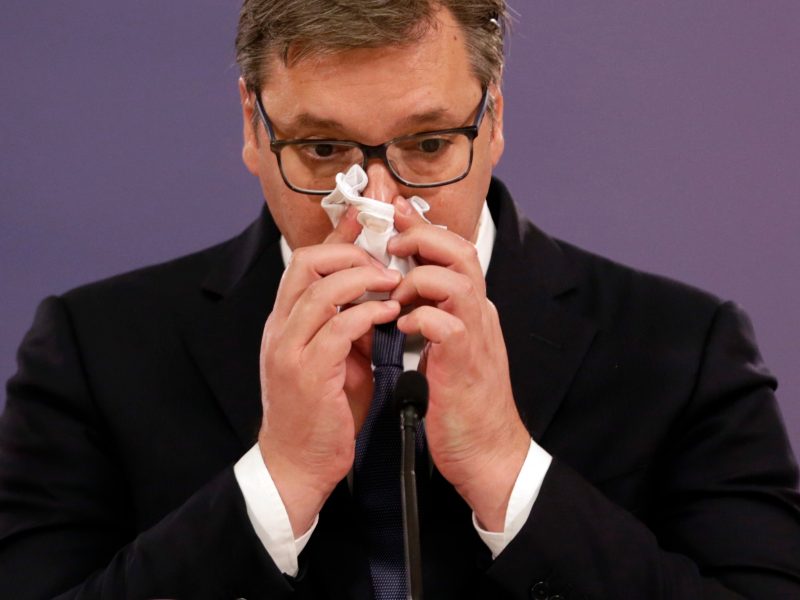 Serbian President Aleksandar Vucic said on Thursday (18 June) he would reject European Union membership if Belgrade does not receive concessions in return for recognising Kosovo and dropping attempts to stop it joining the United Nations.

The parliamentary vote was originally scheduled for 26 April, but it was postponed due to the state of emergency declared to fight the coronavirus pandemic.

Serbia, which has a population of 7.2 million, has reported 12,894 confirmed cases of COVID-19 and 261 deaths. It was among the first European countries to start opening its borders on May 22 and all lockdown curbs have since been lifted.

Analysts and pollsters said that health concerns kept some voters at home, especially among higher-risk groups. About 1.2 million people on the electoral list have lived abroad for years and are unlikely to vote.

“If we take into account number of votes (the SNS got)… we are heading to a North Korean or Chinese system,” said Slobodan Zecevic, a lecturer of international law with the Belgrade-based European University. 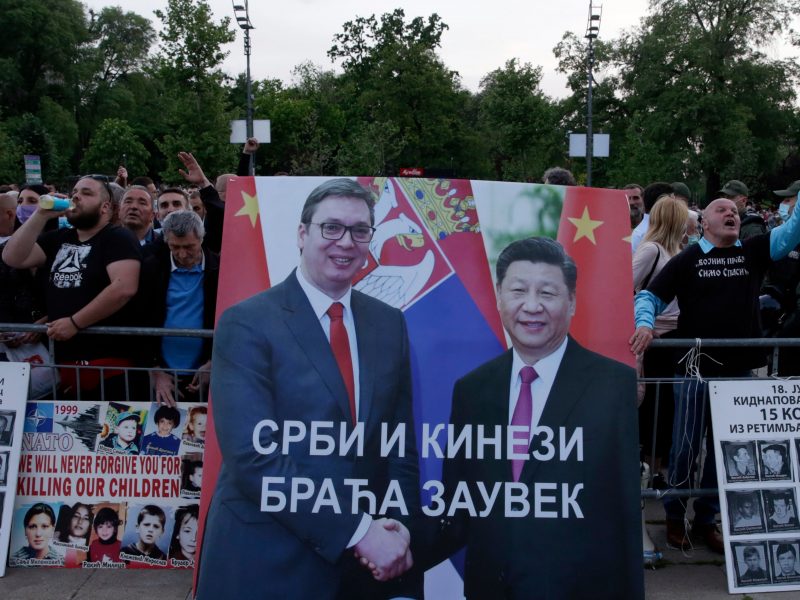